Staking out a new careerLiane Boyer turned to prospecting for the flexibility to raise a family, and the thrill of the chase. Part of our We Are Mining series

Liane Boyer turned to prospecting for the flexibility to raise a family, and the thrill of the chase. Part of our We Are Mining series
By Kylie Williams
June 27, 2018 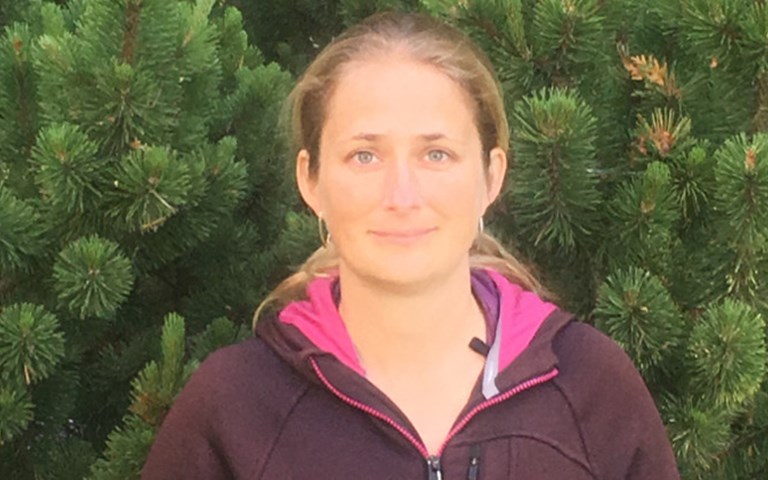 Liane Boyer is part of a wave of modern prospectors who are combining data-driven desktop prospecting with traditional boots-on-the-ground experience. Courtesy of Liane Boyer

Ontario exploration geologist Liane Boyer, 39, stands out in the province’s active prospecting scene. She is one of only a handful women in a group largely populated by older men. According to David Murray, the executive director of the Ontario Prospectors Association, around two-thirds of the association’s roughly 900 members are over 35 years old, and many of them are over 50. Although the majority are male, Boyer stands out for more than her gender. She is part of a wave of modern prospectors who are embracing online staking, devouring public geoscience data, and using open source GIS software to combine data-driven desktop prospecting with traditional boots-on-the-ground experience.

Boyer has worked on diverse projects around the world, from “secret” kimberlites in northern Alberta and Quebec during the height of the diamond boom to working underground in outback Australia. She has undertaken exploration for major companies, junior explorers and as a consultant. But, when she made the decision to start a family and settle in Thunder Bay, Ontario, she found that prospecting was a great fit for her as a parent in need of a flexible lifestyle and as a geologist with an unstoppable drive for discovery.

CIM: When did you realise you wanted to be a geologist?

Boyer: I started an arts degree in classical studies and the student loans were piling up. I realized that I didn’t want to be a teacher or a lawyer, so I transferred to engineering because the chance of getting a well-paid job was higher. I attended a recruitment night and a geological engineer showed us photos of people in camps and travelling to remote destinations and I was hooked.

CIM: What drew you to prospecting?

Boyer: Since leaving the life of a field geologist, most of the work I have done as a consultant has been heavy on modeling and data analysis. And while those are aspects of geology where I have a lot of experience, my real passion is targeting and discovery.

The amazing thing about living in Thunder Bay is it really is the gateway to northwestern Ontario – an area that, in my opinion, is underexplored. When I got past the fog of having very young children and started to sink my teeth into the geology of this region, the potential was exhilarating. I think when you’ve spent your career looking for mineral deposits, it’s hard to stop. Although I wasn’t free to head back to being a full-time field geologist, I realized that I could satisfy my drive for exploration through prospecting on my own terms.

CIM: How does it feel to stake and work on your own claims?

Boyer: Fieldwork is pretty amazing when I’m working the ground on my own claims, covering the ground, and breaking rocks. My company is called Broken Rock Resources because I feel like you need to break a lot of rocks to find a deposit. That, and often the good stuff is often in the worst rock, hence broken rock. Hopefully, if all goes to plan this summer, I’ll be drilling some targets.

CIM: How do you balance fieldwork and family?

Boyer: I have taken my two kids, now four and seven years old, out prospecting with me on a number of occasions. Obviously, I have to have low expectations on what will be accomplished, but they love it. They love looking for gold and diamonds and are eager field assistants. There is the added bonus that a lot of the areas I work in have lots of blueberries in late summer.

I took them out prospecting for the first time when my son was only two years old. It’s basically a back-country camping trip with some hiking and rocks thrown in. My son is determined to be a rock hunter when he grows up and my daughter is the resident rock expert in her class.

When I need to get work done I obviously don’t take my kids, but they have helped me check out some easy-to-access targets. I like teaching them skills like how to read a map and canoeing. I’ve also taken my dad out prospecting with me.

CIM: Is there anything you miss about working for a company?

Boyer: I do miss the resources you have available to you with a company, like expensive software packages and helicopters. As a prospector, I can’t often afford a helicopter and right now I’m studying canoe routes to access some difficult to reach areas on one of my new gold claims.

My passion is generative work and I’d work in exploration for a company again if the role had the flexibility we need right now. My husband is also an exploration geologist, it’s how we met. He is the vice-president of exploration at New Dimension Resources and often travels to their projects in Argentina. He is very supportive of my exploration goals, but I’m not interested in three-week stints in the field right now. I can walk my kids to school in the morning, I can do a workout midday, and if I need to put more time in on something I can work late without having to justify overtime to anyone. Flexibility is huge for me. It’s how I work best.

CIM: What is your approach to prospecting?

Boyer: I like to use a follow the data approach. I don’t decide to look for a certain commodity in a certain area – I just start working through data and see what sort of ideas it sparks. That’s how I found my Wishbone volcanic massive sulfides (VMS) property. I was looking through some data and noticed something that just didn’t fit. So, I started working it up and realized that it had all the characteristics of a classic VMS. The freedom to follow my geological instincts is a huge plus.

CIM: How do you fit into the prospecting 'scene' in Ontario today?

Boyer: It is a diverse and eclectic space. I’ve met people who have been prospecting for a lifetime and others just out of school and looking to stake their first claim. Like myself, most of the prospectors I’ve met have other jobs both in the industry and outside of it to make ends meet.

I totally feel like I belong in the prospecting world. There are still quite a few more male prospectors then female prospectors. However, the Bjorkman dynasty here in northwest Ontario is certainly helping to sway that statistic. So, there may not be a lot of people like me, but everyone is supportive and passionate about discovery.