A new section in the monthly Canadian Mining Institute Bulletin brought news, humour and solace to the CIM members who went overseas to fight
By Elle Crosby
November 08, 2018 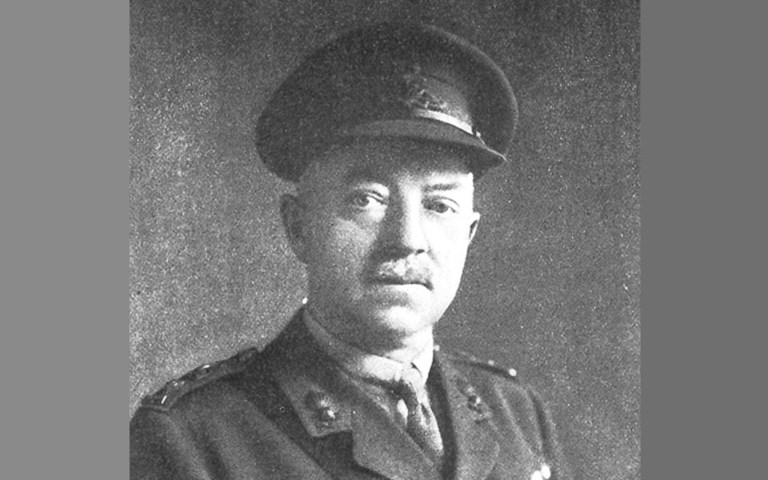 When Great Britain declared war with Germany in 1914, thousands of young Canadians left their families to fight overseas, 125 of whom were CIM members. CIM contributed to the effort by way of monetary and morale-boosting donations (cigarettes, socks, etc.), but arguably its greatest contribution to its members on the front lines was the creation of a new section in the monthly Canadian Mining Institute Bulletin called “C.M.I. Members at the Front.” News of promotions, relocations, honours bestowed, injuries and deaths of members fighting in the war were enumerated in this new section, which was read closely by members, friends and family in Canada and overseas.

The section would publish the letters sent in by members, all of which then-secretary H. Mortimer-Lamb responded to. The correspondence staved off feelings of isolation the troops may have been experiencing and reminded them of the life they had waiting for them upon their return.

Some soldiers used the opportunity to talk about their experiences at war. Lt. G. Lewis Burland wrote in a letter published in the August 1917 Bulletin:

I have had a trying winter on Vimy Ridge, but, in general, I have been exceedingly fortunate, notwithstanding, mud, cold, lice, rats and “rum jars” – I name the horrors in order of merit … Should I be lucky enough to come through safely I shall never regret the opportunity I have had of working with our miners … the Canadians who had mined Hill 60 [at Messines] had every reason to be proud of their work … the Germans in the front lines have been given such a shaking that they imagine mines everywhere.

Indeed, life in the trenches is rather like a prospecting trip, having to do your own cooking and rustling for dry-wood, etc.; but of course one has to be on the qui vive for snipers, and keep one’s head under cover.

There were also the inevitable death announcements in the Bulletin. The excerpt below is from a letter written by Mr. L. Boultby Reynolds about the death of George E. Revell:

He was knocked to pieces by a 12-inch shell … He and five others were hit and buried in the earth … Out of the party of 18 in our section, eight were killed and three are missing. These are undoubtedly dead … If he had chosen his death, it would have been as it was: in action on the field of battle amidst his comrades … George had proven himself to be one of the best, working like a horse, cracking jokes under fire, always resourceful and courageous. He died as some of the boys have not had the luck to do, painlessly and instantaneously.

In the spring, the topic on most members’ minds was the Annual General Meeting. Col. John J. Penhale wrote in a letter “from somewhere in Belgium” that was published in the May 1915 Bulletin:

I have been hoping that each Canadian mail would bring me some news of the Annual Meeting of the Canadian Mining Institute, but no such luck. Funny isn’t it, that one should think of such a thing at such a time … In fact I must confess to a sort of homesick feeling that week.

The following year, Col. Penhale took it upon himself to form a new CIM Branch located in Flanders, the site that would later become a memorial for soldiers lost in the First World War and the setting of Lt.-Col. John McCrae’s famous poem, “In Flanders Fields.” The May 2016 Bulletin published a humorous exchange between Mortimer-Lamb and Penhale about the Branch’s legitimacy:

Mortimer-Lamb: … As section 54 of the By-laws provides that Branches cannot be established without the authorization of the Council, the Secretary was instructed to communicate immediately with Col. Penhale, call his attention to this regulation, and demand that he return to Canada forthwith to be disciplined …

… I will admit at once that the request that I return home in order to explain, appealed very strongly to me. I would gladly submit to any inquisition I could possibly be subjected to, if it came at the end of a journey Home … I am afraid you will have to accept the Flanders Branch as it stands, until such time as some of us are able to attend before the Council.

Col. Penhale and the other members of the “Flanders Branch” held their own Annual General Meeting that year, complete with a dinner, printed menu, guest speakers and discussion papers.

I am sorry to say that the Germans received word of our intended spread, and at about five o’clock of the evening in question they started a little rumpus at one or two points in front of us that required the personal attention of Lt.-Col. Billy King, Capt. A. W. Davis, Lt. A. B. Ritchie and one or two others and they were “unavoidably detained” and so missed the dinner …

We were deprived of the company of Brig.-Gen. R. G. Edwards Leckie, C.M.G. due to his having been wounded a few days before …

Lt.-Col. R. Brutinel of the Motor Machine Gun Brigade gave a most interesting discourse on certain geological phenomena observed in the excavations made between the Swiss border and Nieuport, to the North. It will be a fine addition to the technical literature …

Many incidents and stories of the Sessions at home were told and for a few hours we lived, happily, in the past. The sad moment of the evening came when our minds were carried back in memory of the many splendid fellows who had given their lives in this frightful war, as we silently honoured the toast of “Absent Friends.”

Others in different locations had similar ideas. Maj. T. C. Irving joked in a letter in the July 2016 Bulletin:

We see a lot of members of the C.M.I. now as the three Tunnelling Companies are all out here, and if Col. Penhale took it into his head to call another meeting in the vicinity of Ypres he would have no difficulty in getting a quorum on very short notice.

Many members were extremely grateful for the connection with home that the Bulletin afforded them. Lt. G. Lewis Burland wrote in a letter published in the August 1917 Bulletin:

In particular I express gratitude for the way in which the C.M.I has looked after our comfort and kept us in touch with one another through the Bulletin … I also express appreciation of the fact that the profession has backed up the Canadian Army in every possible way … Permit me to wish that the après la guerre meeting of the C.M.I. will be the most successful in history.

By the time the fighting stopped in November 1918, 11 CIM members had died in battle, among the thousands of Canadians killed in action.

Those members off in Europe who made it through the hostilities also enjoyed a little extra serendipity as they slowly made their way back home. Lt. W. F. Gowans wrote from St. Genois, Belgium, in the March 1919 Bulletin:

The Division (3rd) has to be clear of France by February 7th. We shall have about four weeks in England, and then home to the land of the Maple. We are due to get there some time in March, so you had better provide a few extra chairs at the next Annual Meeting.” 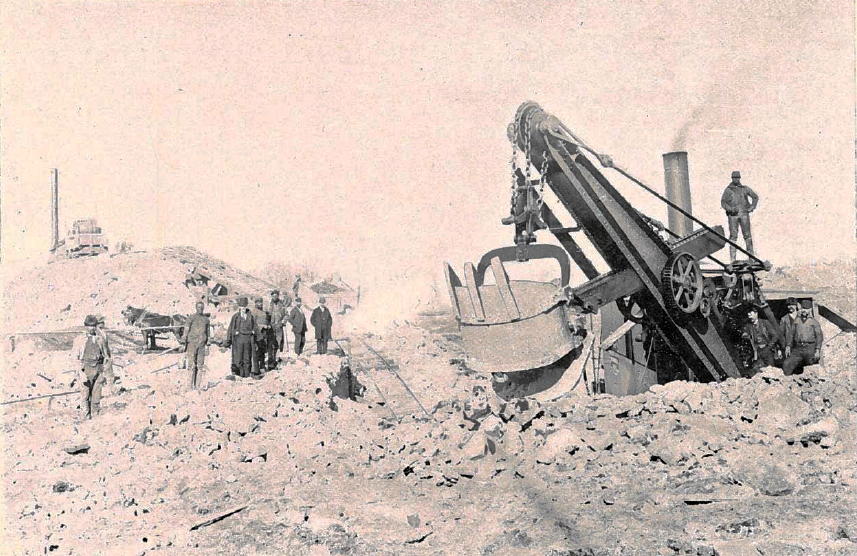 A look back on CIM's founding and persevering ambitions 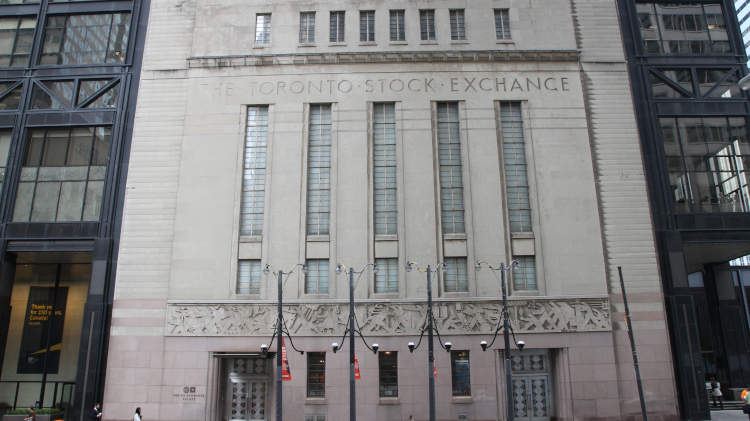