The genesis of a disasterStructural flaws led to Samarco dam failure: report 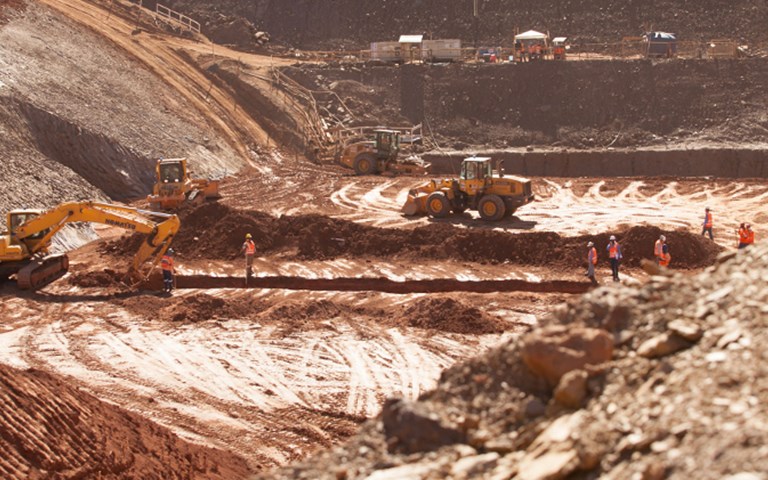 At Samarco, where operations remain suspended indefinitely, the dam is currently being rebuilt. Courtesy of BHP Billiton

A technical investigation released in late August blamed structural flaws for the collapse of a Brazilian iron ore tailings impoundment operated by Samarco Mineração S.A., a joint venture of BHP Billiton and Vale.

On Nov. 5, 2015, the Fundão impoundment’s dams failed and released a flood of tailings, killing 19 people, destroying the village of Bento Rodrigues, and polluting the Rio Doce basin.

Samarco and its parent companies commissioned Cleary Gottlieb Steen & Hamilton LLP to investigate the immediate cause of the failure with the help of a four-person expert panel: Norbert R. Morgenstern, Steven G. Vick, Cássio B. Viotti, and Bryan D. Watts, all geotechnical engineers who specialize in dams. Morgenstern and Vick were both on the independent panel that examined the cause of the Mount Polley failure.

The final report traces the collapse back to deviations from the original design concept, which used unsaturated sand tailings to support weaker slimes tailings and relied upon a minimum 200-metre separation between sand deposition and slimes. Samarco engineers started to discover construction defects in drainage structures not long after the impoundment was put into use in 2009. The drain design created to replace it allowed saturation to continue to develop in the sand tailings. When the dam designated for sands was set back from its original alignment to accommodate repairs downstream, the 200-metre separation was not preserved. The proximity of the slimes further served to inhibit drainage in the sands.

The dam’s growing height bore down on the slimes-rich zone. “As the softer slimes were loaded, they compressed,” wrote the investigators. “At the same time, they also deformed laterally, squeezing out…in a process known as lateral extrusion. The sands immediately above, forced to conform to this movement, experienced a reduction in the horizontal stress that confined them. This allowed the sands to, in effect, be pulled apart and in the process become looser.”

The loose, saturated sands ultimately liquefied, causing the flowslide that destroyed the dam. Computational and lab modelling by the investigators predicted that the point at which that would occur roughly coincided with the dam’s height at the actual time of collapse. They concluded that a series of earthquakes just before the failure likely accelerated a process already underway.

The panel was not tasked with finding fault or evaluating the downstream effects of the spill.

BHP Billiton spokesperson Bronwyn Wilkinson said in an email that the company was studying the report.

BHP Billiton has separately used Canadian Dam Association (CDA) guidelines to review the 10 highest priority dams at its operations and has already started making unspecified improvements. The CDA guidelines are themselves undergoing an update – which Wilkinson said BHP was following closely – but represent a global standard for evaluating dam safety. Previously BHP’s dams were held only to the applicable national standards.

“Moving forward, we will further enhance oversight by creating a centralized dam management function that can bring additional specialist expertise in-house,” Wilkinson said. BHP will also increase the use of independent reviews, create a global dam standard for its own operations and work to implement its improved dam management system at non-operated joint ventures.

At Samarco, operations remain suspended indefinitely. “A range of regulatory and judicial approvals are necessary for restart to occur and this will not occur in this calendar year,” said Wilkinson. She added that to be viable after the loss of the Fundão impoundment, Samarco would have to reduce the size of its workforce, restructure its debt and reduce its costs.