Miners meet roadblocks as they try to collect on international arbitration wins
By Joel Barde
November 04, 2016 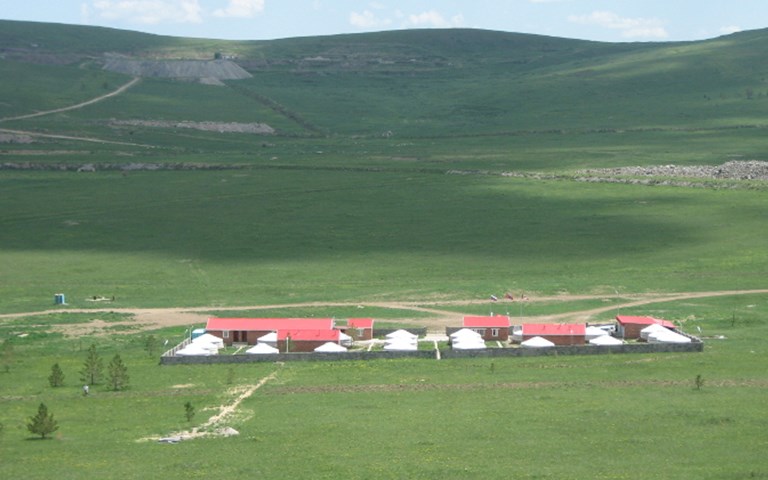 Toronto-based Khan Resources began arbitration with the Mongolian government after the licences for its Dornod uranium project in eastern Mongolia were rescinded. Courtesy of Khan Resources

A recent spate of international arbitration wins for mining companies has highlighted the challenge inherent in the dispute resolution method: getting foreign countries to pay up.

The company launched the arbitration in 2012 under a Venezuela-Canada bilateral investment treaty and was awarded US$1.2 billion in damages. In a statement on the win, Rusoro CEO Andre Agapov thanked shareholders for their support through the “prolonged and difficult process” of arbitration and said Rusoro “looks forward to collecting the award.”

Under President Hugo Chavez, resource-rich Venezuela nationalized huge swaths of its economy, including its oil and gold sectors, resulting in more than 20 cases of arbitration. The Rusoro award is the latest in a series of major wins for resource companies: in 2014 Exxon Mobil won US$1.6 billion; Gold Reserve Inc. won US$740 million in 2015; and Crystallex International Corp. was awarded US$1.4 billion earlier this year.

In recent years, miners have also won sizable awards against other countries, including Mongolia and South Africa. According to the International Centre for Settlement of Investment Disputes (ICSID), a World Bank agency that administers 70 per cent of arbitrations between investors and states, international arbitration is a booming business. ICSID went from administering 118 disputes in its 2006 fiscal year to administering 247 in its most recent year ending June 30, 2016, 20 per cent of which were put forth by extractive sector companies.

The increasing use of the dispute resolution method and the huge sums being awarded have led some to refer to the past ten years as a “golden age” for international arbitration. But the system can also be challenging, especially when it comes to collecting awards. While databases listing arbitration awards are easy enough to consult, those that track actual payment of the awards are not, observed University of Victoria professor and international arbitration expert Andrew Newcombe. “As far as I know there has not been any good empirical work done on actual payment, since what happens is often confidential.”

Payment is most secure in cases where both the home nation of the investor and the nation being sued have ratified the ICSID Convention (153 nations including Canada have signed on but Venezuela has not). In such cases, ICSID lays out a framework for negotiations and investors benefit from a “special feature” of the convention, which compels payment and precludes local courts from overturning the decision.

In arbitrations where only one of the involved countries has ratified the ICSID Convention, ICSID still facilitates the process — but investors do not benefit from the special feature. In such scenarios (and when neither has ratified it) arbitrations are negotiated according to processes laid out in bilateral trade agreements and collecting payment is often difficult – especially in cases where the country being sued is chaotic and financially-strapped. Venezuela has decried the awards against it and so far has refused to pay Exxon and Crystallex, though it struck a deal with Gold Reserve that gives the government a 55 per cent stake in the company. The first instalment of US$600 million was due at the end of October, after press time.

Companies that win awards can still force payment. Using the 1958 New York Convention, which has been ratified by more than 150 countries, including Venezuela, and began as a way to resolve business-to-business arbitrations, they can search out and seize foreign commercial assets or monies of a country, provided they are found within countries that ratified the convention.

But the process is challenging and expensive. The investor must persuade courts in the countries where assets are located to allow seizure. Countries that owe large sums of money often take measures to protect their assets by hiding them or parking them in jurisdictions where they will not be seized. In some cases, investors are forced to launch expensive cases in numerous countries. “Trying to find a billion dollars anywhere is not easy,” says Armand de Mestral, an international arbitration expert who teaches at McGill University’s faculty of law.

Moreover, companies are prohibited from seizing sovereign assets, like an embassy, military equipment or government money parked abroad. “The best thing to take would be a tanker full of crude oil – or a tanker itself,” said de Mestral, speaking about options available to companies seeking money from Venezuela.

As international arbitration has grown in popularity, so too has the criticism against it. Critics charge that the threat of it makes developing countries wary of introducing reasonable regulations investors may object to and favours multinational companies, who have the money to pay for the expensive litigation.

The criticisms are especially pronounced in Europe, where states are under pressure to limit what companies can win. Joshua Karton, a Queen’s University law professor who specializes in international arbitration, said in recent years arbitrators are doing a better job of balancing the interests of countries and investors.

“I think the more recent cases are moving away from a more pro-investor perspective,” said Karton, who points to the Rusoro decision as an example of the broader trend. Venezuela was found liable for only expropriation without due payment. On all of Rusoro’s other claims, the arbitral tribunal found in favour of Venezuela. “There is language throughout the decision to the effect that states need some leeway to regulate in the public interest,” said Karton.

Grant Edey, CEO of Khan Resources, has direct experience. In 2009, Mongolia rescinded licences for Khan’s Dornod uranium project. Two years later – after winning a case in Mongolian court that was not honoured – Khan started arbitration with Mongolia in Paris.

Four years after that, it won an award of US$100 million, less than half of its original claim of US$350 million. “There’s so much process involved. It becomes quite frustrating,” said Edey. Khan went to shareholders on three separate occasions to raise money to fund the litigation. But even after the win, Mongolia resisted payment and tried to overturn the decision in French courts.

Finally, in March, after six separate negotiations, Mongolia agreed to pay Khan US$70 million. Edey feels the timing – three days before the 2016 PDAC Convention – was no coincidence. “They wanted to encourage direct investment. They had a reason to settle.” By mid-May the balance had been paid.