A mix of music festivals, culture and cuisine all meet in Saskatoon
By Jesse Greene
March 01, 2014 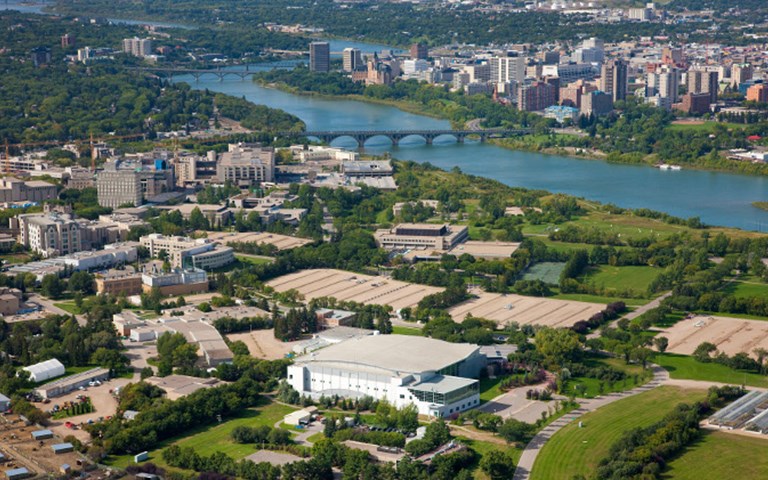 The massive expansion of potash operations as well as the development of major greenfield projects have made Saskatoon a major mining destination. With many engineering consulting firms located downtown or at nearby Innovation Place, a business visit to Saskatoon easily lends itself to after-work exploration and recreation. Take time to discover the natural beauty of the Meewasin River Valley and the 60-plus kilometres of trails, take in a live show or catch a summertime riverboat tour. In winter, embrace the cold with the many cross-country ski paths, outdoor skating rinks and the annual winter festival.

Guests of Saskatoon’s downtown hotels have access to various shopping and entertainment outlets and the beautiful riverside Meewasin Trails – all within walking distance.

The Radisson Hotel boasts an on-site business centre, a three-storey waterslide, a pool, a whirlpool and a fitness centre. And its long-time executive chef recently won the Saskatoon Gold Plate competition. Enjoy the relaxing atmosphere at the Aroma Resto-Bar and see what all the hype is about. 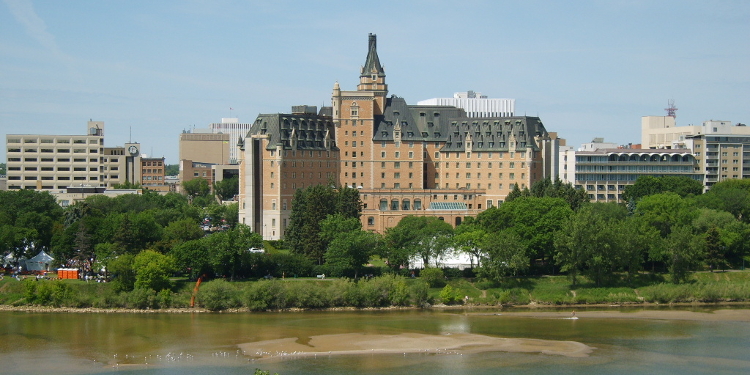 flickr/erik shinOpened as a grand railway hotel in 1935, the elegant Delta Bessborough Hotel sits on the banks of the river and is surrounded by acres of gardens. Equipped with a fitness centre, pool, steam room and day spa, the hotel offers modern conveniences against the backdrop of historic Saskatoon.

The Sheraton Cavalier Saskatoon features contemporary and comfortable guest rooms and luxurious furnishings to make guests feel at home. Get some work done at your oversized work desk before hitting the large indoor water park.

Enjoy beautifully appointed and comfortable guest rooms at the James Hotel, Saskatoon’s boutique hotel where travellers can soak up the fantastic river view from the James Penthouse, or enjoy a vintage cocktail in the casual James Lobby Bar.

Find out why The Hollows was voted “Best Restaurant for Out-of-Towners.” The menu changes daily at this locally owned and operated restaurant in the Riversdale neighbourhood.

Visit Saskatoon’s “big fish in a small pond,” celebrity chef Dale MacKay at Ayden Kitchen and Bar. The first winner of Top Chef Canada, MacKay is a welcome addition to the restaurant scene in his hometown.

Keo’s Kitchen on Broadway is a local favourite for authentic Thai food; the green curry is rivaled only by the Pad Thai! Elsewhere on Broadway are a variety of options ranging from high-end fare at Calories to pub meals at the Yard and Flagon.

State and Main is a newcomer to downtown Saskatoon. Enjoy artfully prepared food in this chic kitchen and bar. 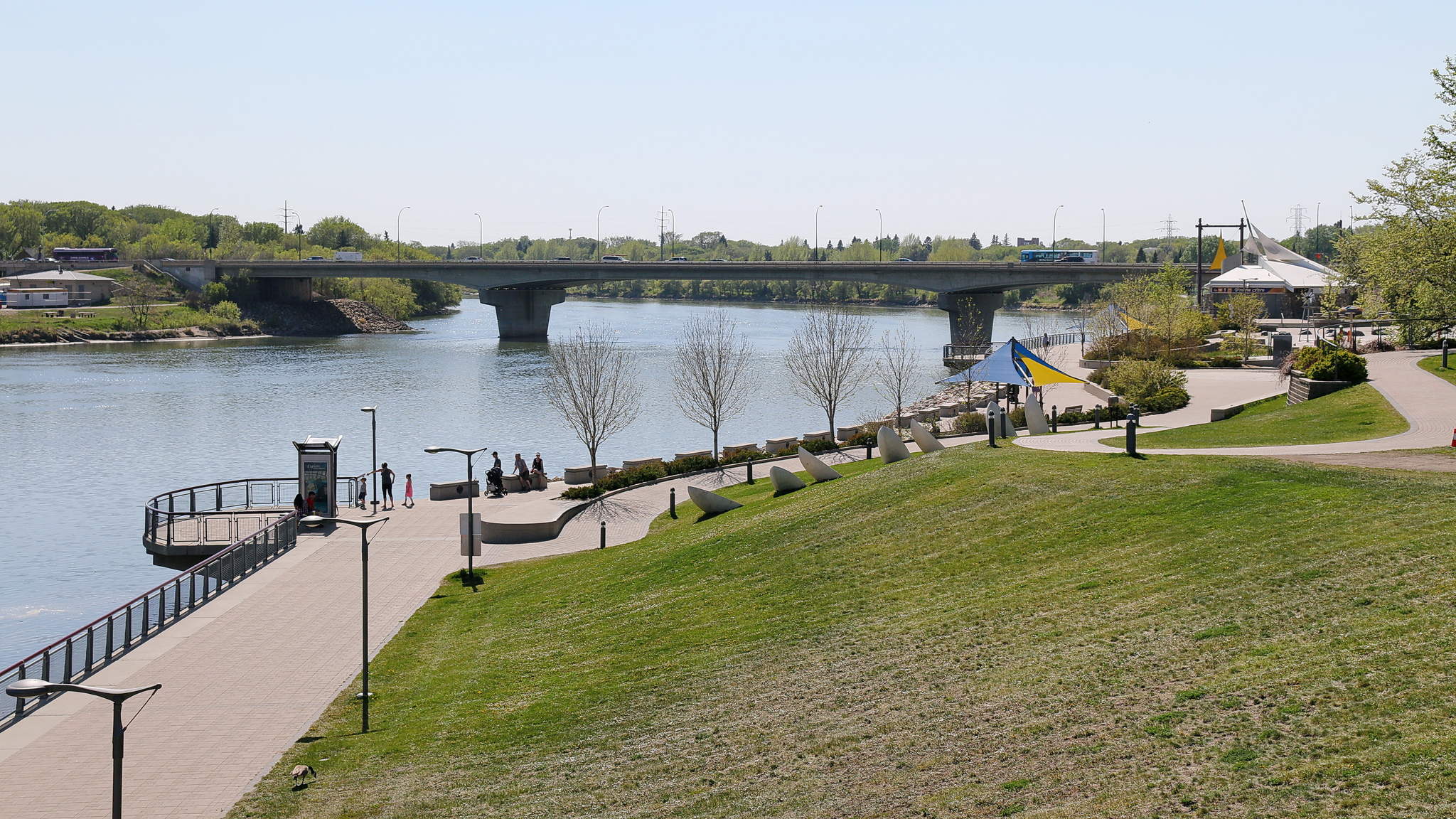 flickr/Robert LindsellAll paths lead to the riverfront, which has been reclaimed into the bustling River Landing. This project features a park, village square and farmers market. The Persephone Theatre is one of the largest theatres in Canada and includes a main stage series and a second stage series – so there’s plenty of selection. 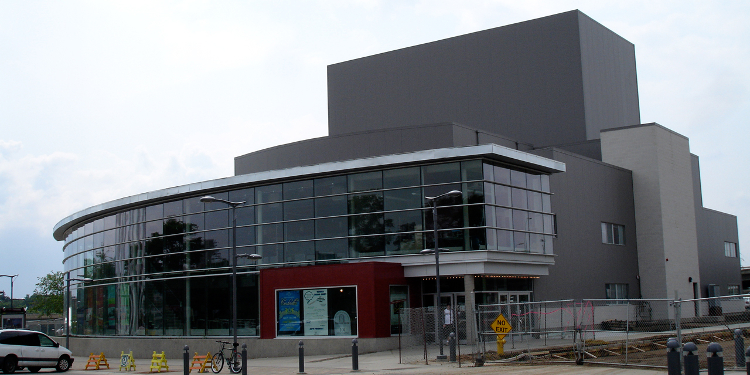 The Cameco Meewasin Skating Rink is a winter wonderland overlooking the river near the University Bridge downtown. Thousands of people skate here during winter, taking advantage of free skates and the warm-up shack. The Meewasin Trail Authority maintains more than 60 km of pathways lining the South Saskatchewan River. Trails wind under the bridges and through beautiful parks and natural areas, and are well used by cyclists, joggers and sightseers year round.

For its small size, Saskatoon’s music scene packs a punch. The annual Saskatoon Blues Festival in late February showcases both homegrown and international talents at venues around the city. Both Amigos Cantina and the Bassment are great places to enjoy a beverage and take in a show most nights of the week.

Jazz, blues, funk, pop – check out the SaskTel Saskatchewan Jazz Festival each summer to see artists from all over the world perform in many genres. This multi-day festival has free stages, late night DJ events and main stage performances that attracts more than 85,000 music fans each year. 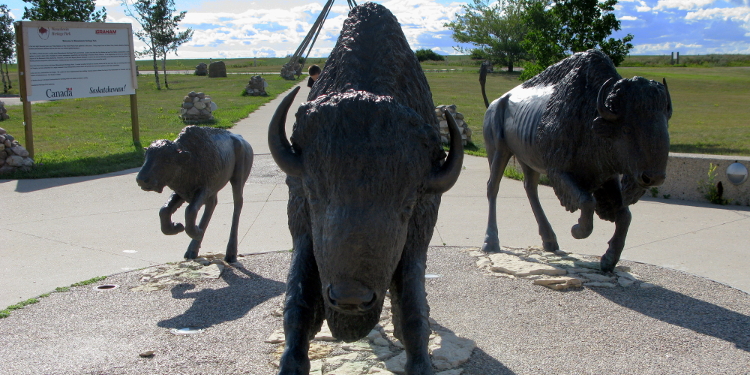 flickr/Kyla DuhamelThe ancient meeting place of Wanuskewin Heritage Park is a must see. Learn about the Northern Plains Indians and take in an archeological excavation and the recently renovated interpretive centre just a few minutes outside the city. 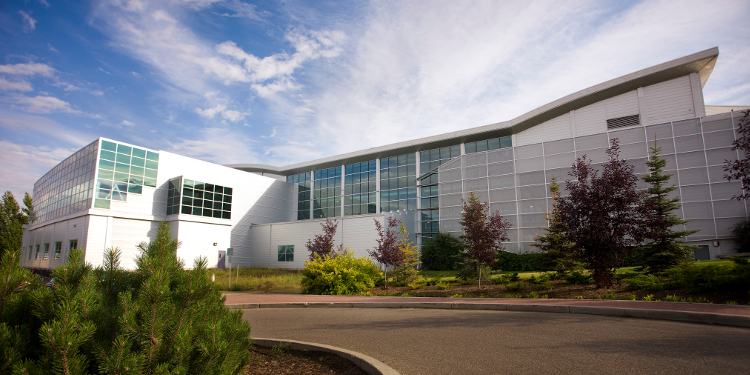 flickr/CLS Research OfficeIf you are a science geek, plan a tour of the Canadian Light Source facility that houses the country’s only synchrotron particle accelerator. 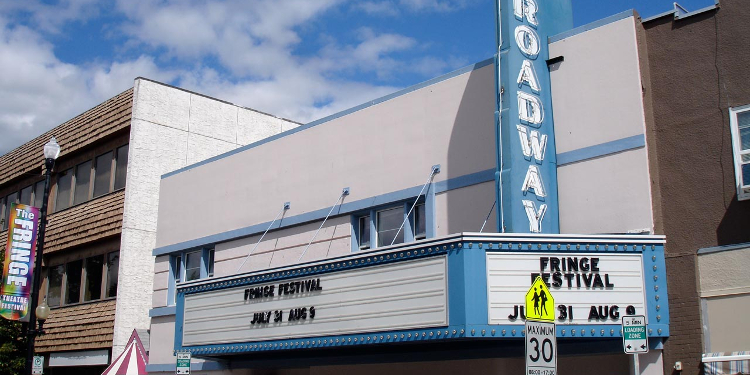 flickr/daryl_mitchellA visit to Saskatoon would not be complete without taking in the energy and charm of Broadway. The area boasts one-of-a-kind shops and boutiques, great night life, fine dining and plays host to many of Saskatoon’s biggest events. The Broadway Theatre is both historic and progressive; this community-owned venue screens indie movies, hosts live performances and is now the first in Saskatchewan to serve alcohol at late-night showings.

How to get there

The Saskatoon John G. Diefenbaker International Airport has direct flights from major Canadian cities as well as a number of U.S. locations. The terminal is located about a 15 minutes’ drive from the city centre.

Taxi service is available from the airport’s terminal building. Fares to downtown should run around the $20 to $25 mark. A number of downtown hotels also offer shuttle services. A variety of car rental companies operate in Saskatoon and public transportation information is available through Saskatoon.ca. 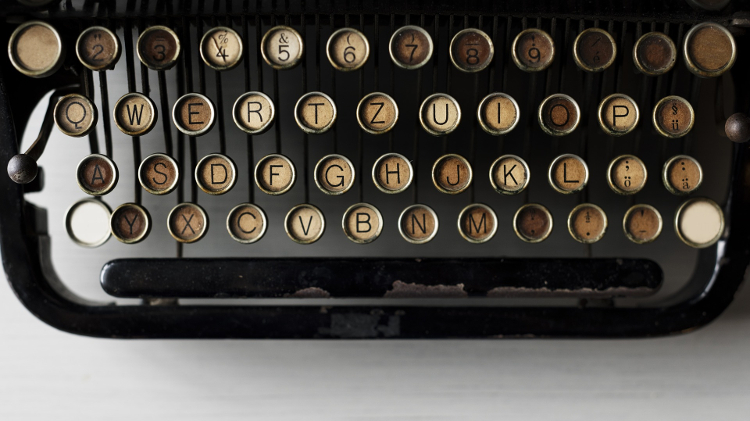 We love receiving a good pitch! Here are some tips to catch out eye.