EnviroLeach and Mineworx team up to develop e-waste processing plant with an environmentally sound extraction process
By Joel Barde
August 14, 2017 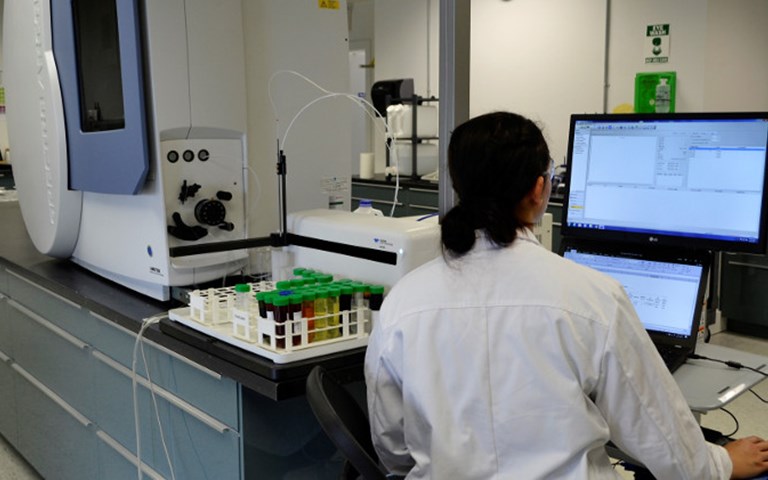 EnviroLeach has developed a water-based extraction process it says can be an environmentally friendly alternative to acid- and cyanide-based leaching. Courtesy of EnviroLeach Technologies

Vancouver-based EnviroLeach Technologies is building a processing plant that it says will be an environmentally friendly solution to recover precious metals from electronic waste.

Over the last two years, the company has developed a water-based extraction process that it says will serve as an alternative to acid- and cyanide-based leaching.

According to the company, the ingredients in the patent-pending solution are all approved by the U.S. Food and Drug Administration as medicines, food additives and nutritional supplements.

In June the company announced it teamed up with Mineworx Technologies, a mine process technology company, to build the components of the modular plant in Coquitlam, B.C. According to EnviroLeach, it will process some ten tonnes of e-waste per day and cost an estimated $5.15 million.

The company will focus on what CEO Duane Nelson calls “high-grade e-waste” like circuit boards and memory cards stripped from computers and cellphones.

EnviroLeach claims the plant, which is expected to be commissioned by the end of the year, will be the largest chemistry-based e-waste processing facility in North America. According to Nelson, some plants use aqua regia, which uses nitric and hydrochloric acid to dissolve gold and creates poisonous gasses, and do not operate on the same scale.

Nelson says that in addition to being environmentally damaging, aqua regia is inefficient. Acids and cyanides consume themselves during the process, whereas the solution used in EnviroLeach’s process is recyclable. Once it is “re-energized” it is good as new.

EnviroLeach acquired the intellectual property rights to the formula it will use in the plant for $10.1 million two years ago and has been working with a team of scientists – including two University of British Columbia PhD researchers – to develop it further. According to Nelson, the plant will feature a series of machines that will be used to grind the e-waste down to around -200 microns.

The solution, he explained, is “energized” using an electrochemical process that endows it with leach kinetics that are equal to or superior to cyanide.

Shredded e-waste is then placed in the solution, which, over two hours, dissolves it into various metal-bearing solutions that are filtered and extracted using a proprietary process.

The plant is considered an “end of life processor,” meaning it is where high-grade e-waste ends up once it has been dismantled into various parts by manufacturers’ recyclers.

Nelson said EnviroLeach has already teamed up with major e-waste recyclers and “household name” manufacturers. While the company has not named them, he said they plan to in the next three to four months.

The end product comes out in a sludge that will be dried and sold to refineries. Nelson said he anticipates that the company will produce 2,500 grams on a daily basis with production costs of $200 per tonne of waste processed.

EnviroLeach’s process could “change the face of mining” by serving as an environmentally friendly alternative to acid leaching, Nelson said. “Outside of heap leach, our fluid is as effective in any bath-leach situation,” he said.

The process could be used with “any relatively high grade material or gold concentrate that is produced from gravity concentration or flotation concentration. We’ve actually even run tailings with great success,” Nelson said, adding that with the process miners could avoid needing to obtain permits to process materials.

The process caught the attention of Jim Pucket, executive director of the Basel Action Network, a Seattle-based NGO that works to reduce the export of toxic waste from technology to developing countries. Pucket said it could be exported to the developing world and help reduce the use of toxic e-waste recycling methods like aqua regia.

But Pucket has some reservations. “At some point you need to tell people what you’re using,” he said. “I can’t believe that anything that can cut and dissolve gold is completely benign.”

Nelson said that he understands such apprehensions. “Everyone we’ve shared the solution with was skeptical at the start,” said Nelson. He said that while the company may never publicly disclose what is in the solution, he is open to working with third parties or using non-disclosure agreements to gain environmental certification.

According to Statistics Canada, Canadians generated about 24 kilograms of e-waste per person in 2012, or more than 860,000 tonnes for the country as a whole.