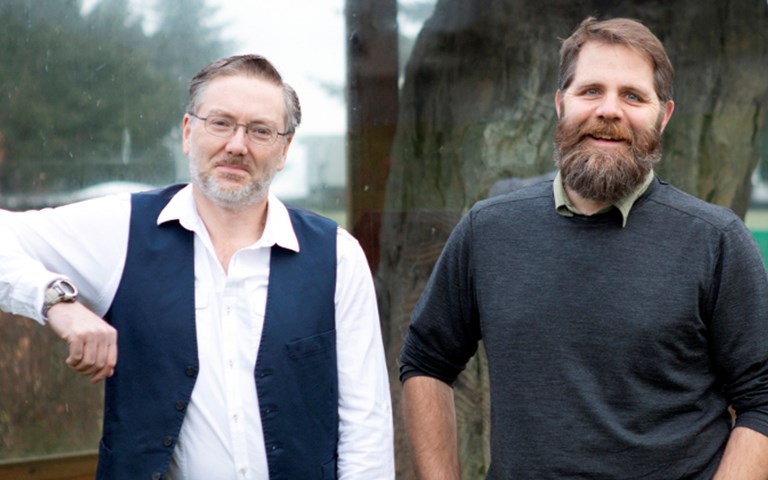 Researchers at Vancouver Island University are developing a mapping method that could help improve mineral exploration in northern Canada.

The research aims to teach computers how to find landforms called eskers, which are long ridges of gravel and sand found in previously glaciated regions. Formed in ice tunnels that are created by water flowing under the glacier, eskers are prime sources of minerals such as diamonds. Identifying them on maps has not always been easy.

“Traditional methods of surficial mapping, employing aerial photographs and field verification, are both time-consuming and expensive,” said Brad Maguire, one of the lead researchers on the project and a senior instructor in VIU’s GIS program.

Currently, identifying eskers is done by using multispectral images of the Earth, which allows scientists to detect the type of material on the surface, like bedrock or sand. The problem with this, according VIU earth science professor Jerome Lesemann, the other lead researcher, is that “the imagery does not contain information about the three-dimensional shapes of landforms.”

Related: Machine learning projects are catching on throughout the mining industry. Here’s what companies are working on

The goal is for the computer to learn and recognize patterns, in the same way human brains can identify the shape of a dog and distinguish it from a cat, even though the two may share similarities.

“The form and structure of eskers are complex and if we can teach a computer to learn what an esker looks like, we may then be able to identify other eskers automatically,” said Lesemann.

Natural Resources Canada’s Geo-Mapping for Energy and Minerals (GEM) program, which aims to improve geological knowledge of Canada’s north and facilitate responsible resource development in the area, is putting $35,000 towards the research.

Yiqing Luo, a GIS master’s student, will work with the researchers.