Operations at Mary River will be suspended starting in September if it does not receive approval to raise its production limit to six million tonnes for 2022
By Sarah St-Pierre
August 04, 2022 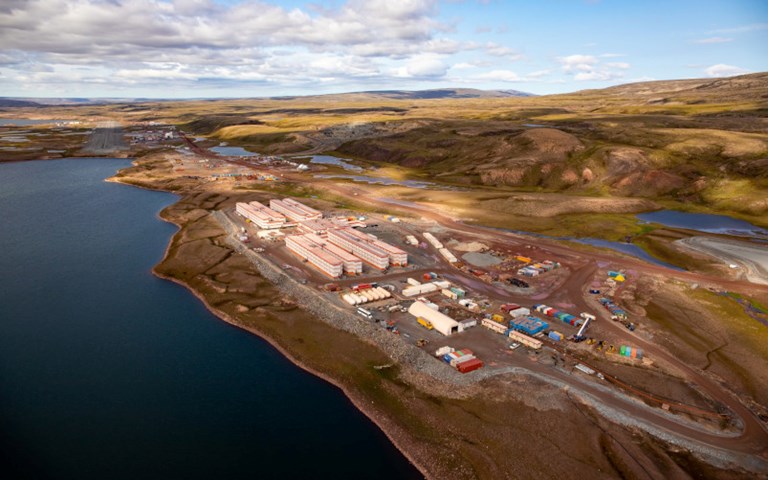 Baffinland submitted a request for an emergency approval for its production increase in May, warning of potential layoffs if it was not granted in time. Courtesy of Baffinland.

Editor's Note: Some of the information in the original story was inaccurate and has been updated with the correct information. We apologize for the errors.

On July 31, Baffinland sent termination notices to over 1,100 employees at its Mary River iron mine in Nunavut, preparing to shut down its operations for the remainder of the year if it fails to receive governmental re-approval to maintain its annual limit of ore extraction and shipment of six million tonnes.

Since 2018, Baffinland has shipped this amount of iron ore, receiving renewed permissions for one year in 2019 and for two years in 2020 from the Nunavut Impact Review Board (NIRB) to exceed the originally permitted limit of 4.2 million tonnes. This year’s application for renewal with revisions was completed on May 30, shortly after the NIRB advised that Baffinland’s plan to expand Mary River, which involves raising output to 12 million tonnes per year, among a number of measures, should be rejected.

In its initial renewal request from May 20, the company stated it did not file the request earlier because it expected its expansion plans to be approved in time to make the request unnecessary. Currently, the decision on the expansion project from Dan Vandal, the federal minister of Northern Affairs, is expected in mid-November.

The termination notices, over 200 of which were filed for Inuit workers, will take effect on Sept. 25 and Oct. 11, when Baffinland expects it will hit its 4.2 million tonne volume limit of iron ore extraction and shipments, respectively.  Some employees will be kept on for care and maintenance if the shutdown goes through.

The International Union of Operating Engineers, Local 793, which represents over a thousand workers at the mine, is urging the NIRB and Minister Vandal to act to protect the workers’ jobs and consider their voices in the matter.

“The people that are making [these] decisions, their jobs are not in jeopardy. The impact is on the workers, and they seem to be the ones that are least considered,” said Mike Gallagher, Local 793 business manager. “It’s very frustrating to deal with constant delays and postponing deadlines. If you decide to ignore them and create a new deadline, the process that everybody has agreed to kind of lacks credibility.”

A decision on the expansion of the Mary River mine was expected by mid-2021, but was  delayed due to pandemic safety measures extending the review process. In its May 2022 report on the project, the NIRB discouraged approval of the expansion as it was proposed, citing adverse environmental and socio-economic consequences. Now, after asking for an additional three months in July, Northern Affairs Minister Vandal must decide whether to proceed with the project despite these concerns.

Related: Why the Court of Appeal of Alberta found the IAA unconstitutional and its possible futures

Soon after filing its 2022 production limit request, Baffinland also submitted a request for an emergency order to Minister Vandal, stressing there would be layoffs if the NIRB failed to approve the request. Minister Vandal has requested the NIRB complete its review by Aug. 26.

“For a number of reasons, the regulatory process is moving slowly. As a result, Baffinland must continue to take preparatory steps to rescale its operation in the event that it is not successful in renewing its permit,” said Peter Akman, head of stakeholder relations & communications at Baffinland. “It is our hope that the expedited NIRB process… will result in a positive response to our renewal application that can prevent employee termination.”

A letter from the Mayor of the Hamlet of Clyde River, Alan Cormack, addressed to the executive director of the NIRB, criticized the NIRB and Baffinland for its handling of the timeline following the news of the potential terminations.

“There was only 14 working days between NIRB’s formal announcement of the process and the deadline for written comments. It is well known that Nunavut’s municipalities and [Hunters and Trappers Organizations] lack the staff to review the documents associated with NIRB processes, and often depend on consultants on an ‘as-needed’ basis to facilitate our participation,” wrote Cormack.

Documents obtained from NIRB’s registry show that, earlier in the renewal proceedings, the Qikiqtani Inuit Association and the Ikajutit Arctic Bay Hunters and Trappers Association both formally requested more time to review the material from the NIRB, also citing lack of time and resources to comply with the tight deadlines. However, according to Akman, there were valid reasons why the proposal was submitted when it was.

“The expiry date of the Production Increase Proposal was intended by the Minister and NIRB to fall after the completion of the Phase 2 Proposal regulatory process,” said Akman. “Our decision to wait was based on our concern around ‘project splitting’ and at the time we would have needed to make a decision moving into the new year [when] the decision on Phase 2 was imminent, unlike previous years.”