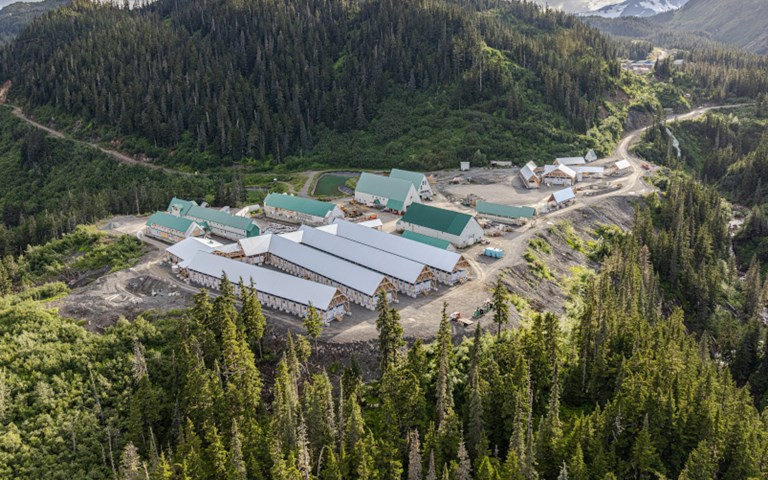 The agreement is the first of its kind to be negotiated under the Declaration Act, which formally recognized the United Nations Declaration on the Rights of Indigenous Peoples as the province's framework for reconciliation. Courtesy of Skeena Resources.

The government of British Columbia and the Tahltan Central Government signed a consent-based decision-making agreement on June 6, recognizing the First Nation’s jurisdiction in land management on its territory. The agreement makes the environmental assessment and the eventual development of Skeena Resources’ Eskay Creek project contingent on the consent of the Tahltan Nation.

The new agreement is the first of its kind to be negotiated under the Declaration Act, which British Columbia passed in 2019 to recognize the United Nations Declaration on the Rights of Indigenous Peoples (UNDRIP) as the province's framework for reconciliation. Section 7 of the Act outlines the mechanism through which the province can legally recognize Indigenous jurisdictions and decisions within provincial frameworks.

“Whether or not this project goes through… it’s going to be a collective Tahltan Nation decision, where all of our people will eventually have a ratification vote after a robust set of meetings, after we draft an agreement, all of these kinds of things,” said Chad Norman Day, Tahltan Central Government president.

While the agreement does not grant a veto power to the Tahltan Nation, it will require them to consent first to the environmental assessment of the Eskay Creek project, and then to its operationalization and construction upon a successful assessment. “In this case, [it has] to do with the environmental assessment needed for the Eskay Creek mine revitalization project… but it's a model that can be used in so many other ways and different types of decision making in our province,” said Minister of Indigenous Relations and Reconciliation Murray Rankin.

Related: Mines at the beginning and end of their lives will now be required to pay more of their reclamation costs up front under a new interim policy in British Columbia

The province expects the agreement to advance its reconciliation efforts with First Nations while also providing investors with assurance when it comes to environmental, social and governance standards in its economy. Rankin further noted that the formal consent and involvement of the Tahltan Nation in the environmental assessment would hopefully also speed up the permitting process once Eskay Creek reaches that stage, process allowing.

Skeena Resources, which has been working with the Tahltan Nation since 2014 when they first started taking an interest in assets in their territory, welcomed the announcement. “This is, we think, being on the right side of history,” said Justin Himmelright, senior vice-president of external affairs and sustainability. According to him, the agreement is also beneficial to the business aspect of the project, addressing the uncertainty that comes from working on unceded Indigenous lands.

This sentiment was echoed in the Association for Mineral Exploration’s (AME) response to the news. “AME supports the modernization of the laws that regulate exploration and development activity in B.C. and applauds the clarity agreements such as this can provide partners operating in B.C.,” said president and CEO Kendra Johnston.

Eskay Creek was first an operational high-grade gold mine from 1994 to 2008, and was later purchased by Skeena from Barrick Gold in 2020. Since its initial closure, gold prices have become higher and new infrastructure has been built, such as an access road and new hydroelectricity projects within 14 kilometres of the mine, making the revitalization of the mine an attractive option for Skeena.

The open pit’s proven and probable reserves of 26.4 tonnes contain 3.88 million ounces of gold grading at 4.57 grams per tonne. While a feasibility study for the project is expected to be published within the next month with updated numbers, reopening the mine represents a capital investment currently valued around $600 million and its life of mine is projected at roughly 10 years.

The company aspires to see its flagship project all the way into operations. “Our focus on Eskay Creek is maybe unusual from the perspective of a junior mining company in that we intend to be here working with our Tahltan Nation partners for a long time,” noted Himmelright, stressing this as a source of the importance of Skeena’s partnerships in the region.