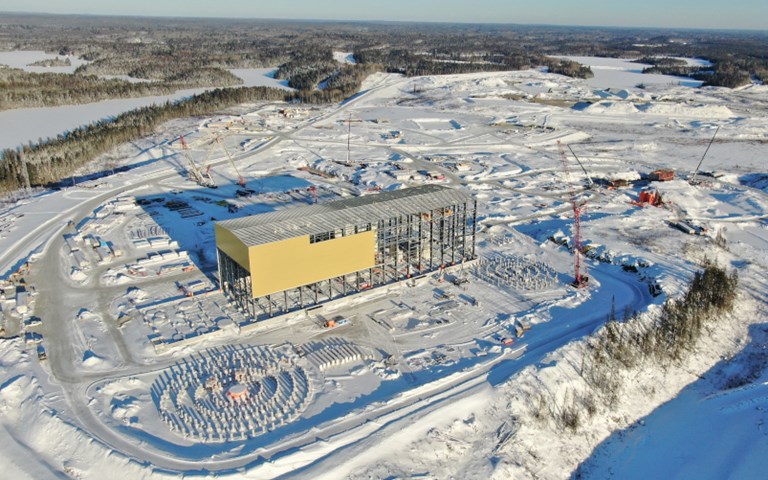 Côté Gold's net present value at a five per cent discount rate currently sits at US$1.1 billion. Courtesy of Iamgold.

Iamgold released its 2022 technical report for its Côté Gold project in Ontario on Aug. 3, updating its economics and life-of-mine plan. The project is now expected to be more expensive and to begin production in early 2024, as opposed to the previously forecasted late 2023, with an 18-year mine life. Côté Gold is a joint venture between Iamgold and Sumitomo Metal Mining, with Iamgold assuming 70 per cent ownership of the stake.

A project review and risk analysis were undertaken earlier this year to update Côté Gold’s costs, schedule, execution strategy and risk assessment. Estimated remaining project costs are now US$1.9 billion, with a little over US$1.3 billion attributable to Iamgold. The remaining costs to completion were estimated at around US$710 million to US$760 million at the start of the year, and previously increased to between US$1.2 and US$1.3 billion in early May.

Mineral resource estimates were left unchanged by the new report, with measured and indicated resources at the Côté deposit figuring at 365.5 million tonnes containing 10.2 million ounces of gold grading at 0.87 grams per tonne.

While its costs have increased, according to Maryse Bélanger, chair of the board and interim president and CEO, this is partly due to events beyond the company’s control.

“The project today is over 57 [per cent] complete and the updated project costs and schedule gives us greatly improved visibility towards completion,” Bélanger said. “Coté Gold is a project that is being advanced in an environment with significant headwinds, including COVID-19, inflation and other global events – and their impacts on global supply chains, labour availability and the associated costs of doing business.”

Bélanger also noted the project’s potential for future expansion, starting with the adjacent Gosselin deposit, which according to Iamgold contains 3.4 million gold ounces in indicated resources and 1.7 million ounces in inferred. According to her, Coté Gold's construction is critical to the company’s aims.

“Given the importance of Coté Gold to achieve our goal of becoming a leading high-margin gold producer, we are actively pursuing various alternatives to increase liquidity to complete construction and deliver Coté on the updated schedule,” Bélanger said. “We expect to address these near-term challenges to advance Coté and better position [Iamgold] as a more resilient, agile company for the current environment.”