COM 2022 featured the latest in metallurgical innovations on the quest to eliminate greenhouse gas emissions
By Matthew Parizot
August 25, 2022 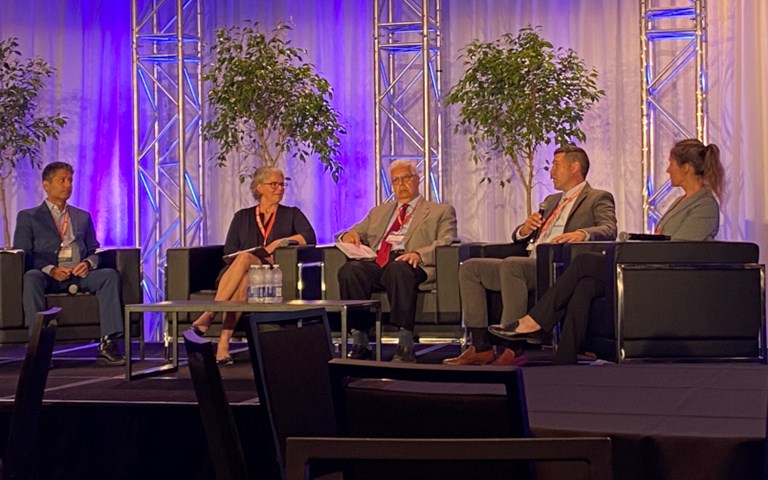 For the Conference of Metallurgists 2022, the first to be held in-person since the COVID pandemic, the Metallurgy and Materials Society of CIM – or MetSoc – focused the event’s content on a theme critical to the future of metallurgy: the “Pathway to Net Zero.”

Held in Montreal’s Bonaventure Hotel from Aug. 21 to 24, the conference featured numerous technical sessions, workshops and social events, all focusing on Canada’s and the metallurgical community’s ability to affect the quest to lower emissions and reach the Net Zero target by 2050. This theme extended to the conference’s keynote and plenary speeches as well.

Monday’s opening keynote was given by Andrew Ghattas, director of Natural Resource Canada’s (NRCan) Critical Minerals Centre of Excellence. In his talk, he outlined the government’s role in strengthening the supply chains of the 31 critical minerals outlined in the strategy released by the federal government this year. According to Ghattas, the landscape has shifted to the point where these minerals represent a “generational opportunity” and that developing these value chains will protect Canada from future risk as well.

“Fully recognizing that the push into greener technology requires looking at value chains in their entirety,... it's really the mining and the processing end of the chain where the bottlenecks will create the greatest pressure on our ambitions of ramping up overall manufacturing. Current mineral supply and investment plans fall short of what's needed to transform the sector, and to meet demand forecasts, so this is an area where we need to encourage more overall activity,” he said. “The other aspect of this is that the production of these minerals is more geographically concentrated than oil or natural gas, which makes supply extremely vulnerable to geopolitical, economic and other risks. There are a variety of factors at play in critical minerals, but in short we have become highly reliant on other countries for almost all aspects of entire value chains.”

The afternoon’s plenary session included a mix of speakers from government, industry and academia. Hosted by NRCan senior policy analyst Nadim Kara, the panel included Marie-Pierre Ippersiel, president and CEO of PRIMA Quebec; Ann Masse, global head of health, safety, environment and security at Rio Tinto; Hani Henein, professor in the department of chemicals & materials engineering at the University of Alberta; Martin Tyrawskyj, acting program director of Materials for Clean Fuels Challenge Program, National Research Council Canada; and Marie-Pierre Paquin, chief advisor, office of the chief scientist at Rio Tinto. During the panel, the speakers discussed what they believe the metallurgy community needs to meet the challenges of the moment.

“Net zero changed everything, [and] I think we have to change our mindset. We used to be, in the last 30 years, in an emissions reduction paradigm. Now, because of the goals and emissions targets, we have to think and work more in an emissions elimination paradigm,” said Ippersiel. “Every part of the economy has to contribute to the future, and I invite the metallurgy community, as much as the materials science community, to play a role and propose solutions. I think you have something to bring to this journey.”

“If you're focusing on 2050, and we all know the timeline it takes from invention in the lab to testing a prototype to going to a pilot plant to full production, it takes a long time in our profession. 2050 is not that far away,” said Henein. “In Canada we have a funding scheme that partners very well academics to governments to industry. We've done very well over the years with these kinds of programs. However, to reach 2050, we are going to need to collaborate far more than we've ever done before in a far greater accelerated period of time, and we're going to need far greater investments....”

The next day featured a talk from widely influential metallurgist and Canadian Mining Hall of Fame inductee Phillip Mackey to discuss some of the technology being developed to help the transition to green energy. The afternoon also featured a “Big Ideas Session,” where nine representatives were given the opportunity to present their technological innovations and the opportunities each represents to reduce emissions. According to Mackey, however, these technologies will require more support.

“Canada has sources of critical metals and can build on this for the export market and, as we heard yesterday, the Canadian critical minerals strategy identified 31 minerals and 6 top ones, but it won’t happen without more R&D. We need it from the large mining companies, who, notably, are not very active in R&D, public universities and government support,” he said. 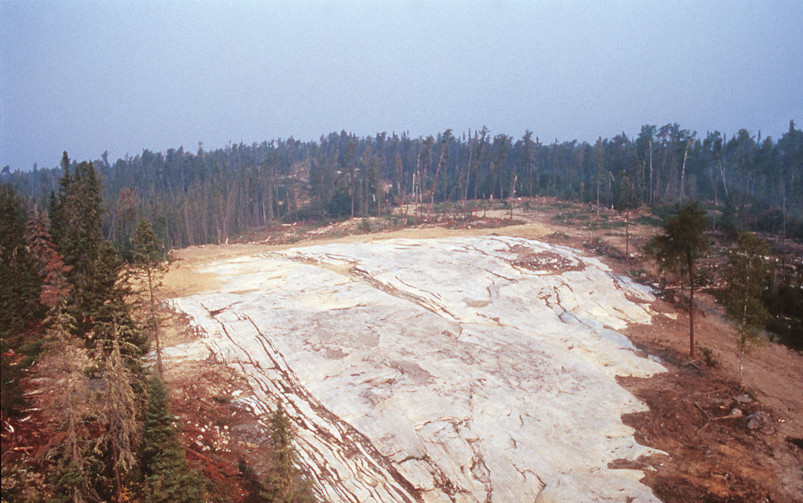 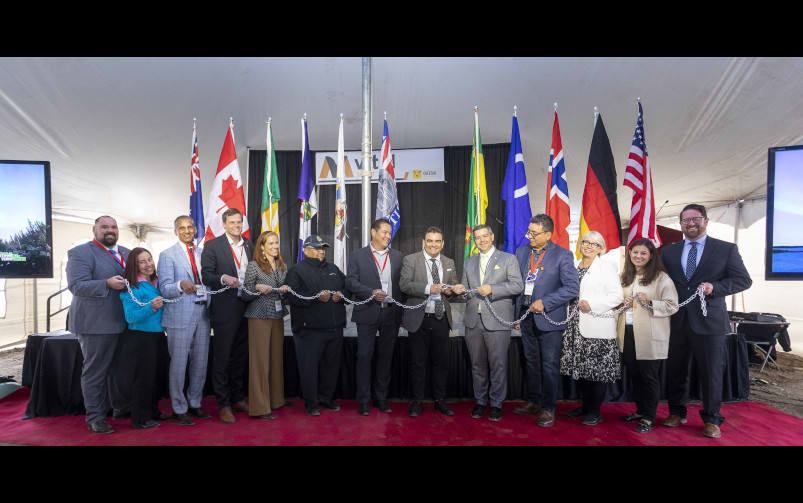