Ivanhoe Mines announces rebirth of Kipushi mineOn care and maintenance since 1993, Ivanhoe says Kipushi will be one of the highest-grade zinc mines on the planet

On care and maintenance since 1993, Ivanhoe says Kipushi will be one of the highest-grade zinc mines on the planet
By Olivia Johnson
February 14, 2022 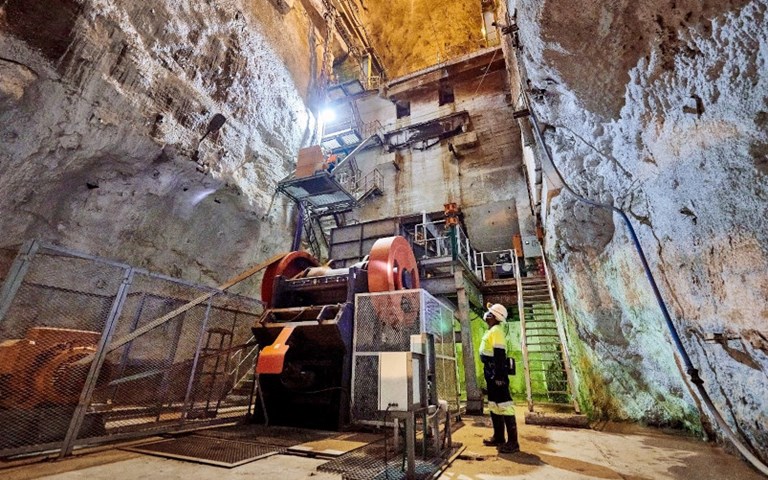 A new 2022 feasibility study gives Kipushi a 14 year life of mine. Courtesy of Ivanhoe Mines.

Ivanhoe Mines announced on Feb. 14 that it has signed an agreement with Gécamines, the Democratic Republic of Congo’s state-owned mining company, to bring the Kipushi zinc mine back to production.

The mine, according to Ivanhoe, will be one of the highest-grade major zinc mines in the world. A 2022 feasibility study released by the company shows measured and indicated resources of 9.2 billion pounds of zinc from 11.78 million tonnes grading at 35.34 per cent, an after-tax net present value of US$941 million at an eight per cent discount rate based on a long-term zinc price of US$1.20 per pound and a mine life of 14 years.

Since its beginning as an open-pit mine in 1924, Kipushi has been a significant producer of copper, zinc, germanium and precious metals. In 1967, Gécamines took over the mine and operated it until 1993. According to the Office of the United Nations High Commissioner for Human Rights, the mine was shut down when political unrest and reported attacks against Kasaian civilians working at Gécamines prevented them from accessing facilities.

Kipushi has since been under care and maintenance, but progress has been made to modernize the mine to meet global industry and safety standards.

Related: The dawn of the next super-cycle for metals is now here, according to Canadian economist Patricia Mohr

Gécamines' main target, as highlighted in its 2022 feasibility study, is the Big Zinc deposit which was discovered before production at the mine came to a standstill. Kipushi is expected to produce 240,000 tonnes per year, with an average zinc grade of 32 per cent over the course of the mine's life and an average C1 cash cost of US$0.65 per pound of zinc.

"We are convinced that Kipushi's new partnership around the Big Zinc will be a benchmark for a successful combination of expertise, resources, a unique asset and a shared desire to create value for stakeholders, the state, shareholders and neighbouring communities,” said Alphonse Kaputo Kalubi, chairman of Gécamines.

"Since acquiring our interest in the Kipushi mine in 2011, our team has worked hard to prepare the mine for a resumption of commercial operations," said Ivanhoe president Marna Cloete. "During that time, we've seen zinc prices rally from under US$1.00 to well over US$1.70 per pound. We're confident that the long-term supply and demand fundamentals would support a strong zinc price for a long time to come."

Kipushi’s feasibility study also outlined a two-year development timeline. By taking advantage of existing surface and underground infrastructure, the mine’s pre-production capital costs are estimated at US$382 million, which is lower than comparable development projects, according to Ivanhoe.

"The feasibility study is the latest validation that Kipushi has the resources to become one of the world's largest and lowest-cost zinc producers based on the Big Zinc Zone alone," said Cloete. "Discussions are continuing with prospective financing providers to support our advance toward a new era of production at Kipushi. We've made major progress in upgrading the mine's underground infrastructure, and now have a clear path to a resumption of production from this incredibly rich orebody.”