Questions around heavy equipmentLarge haul trucks are one of the main focuses for cutting carbon emissions at mines, but there is no one right answer for dealing with them

Large haul trucks are one of the main focuses for cutting carbon emissions at mines, but there is no one right answer for dealing with them
By Carolyn Gruske
January 03, 2023 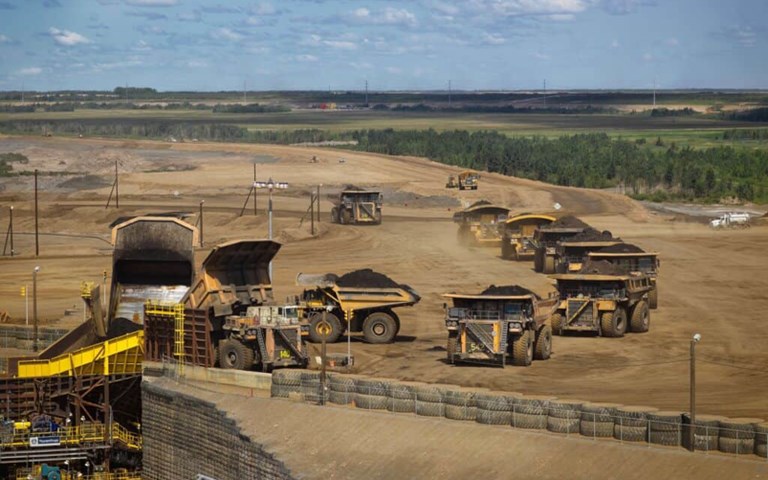 Mining companies and original equipment manufacturers will need to communicate their needs with each other to deliver future innovation. Courtesy of ReThink Mining

Heavy-equipment manufacturers are forever releasing new or updated vehicles. Just in the past few months alone, Komatsu has promoted a three-tonne diesel-powered heavy-duty WX03 load-haul-dump machine while Caterpillar has put its new 2,650-horsepower, 265-ton Cat 793 mining truck on the market.

Sales literature for new vehicles tends to emphasize bigger payloads, improved fuel efficiency, faster top speeds, more reliability and other features leading to better productivity. While all of those are desirable attributes, they have become the expected standard and are no longer features that advance the conversation about how heavy equipment can – or should – evolve in the future, and it is a conversation that many in the industry believe should be occurring.

One of those is Trevor Kelly, the innovation manager, mining, for the Canadian Mining Innovation Council’s ReThink Mining. Kelly is working to bring mining companies together at the same table so they can decide on what they want from original equipment manufacturers (OEMs). As Kelly sees it, the OEMs tend to cater to the needs of large, individual companies and not the industry as a whole. While Kelly said both OEMs and mining companies are undergoing a cultural shift, both parties should be able to come together.

“I don’t think that there’s misalignment in the view of the direction, there’s misalignment with regards to the ability to do it, the cost to do it now, and the value for the vendors or the OEMs to do it. At this point, if the mining companies say ‘Yes, absolutely, we all want this,’ I believe that the OEMs will move in the direction that the mining companies want,” said Kelly.

As to what it is the mining companies actually want, that is the real question. Pressures to reduce greenhouse gases exist, but they need to be balanced with the need to run a profitable business. “The reality is, that it’s a very challenging time, because there’s a need to go from how we’ve always done things to a potentially completely different way of mining, including the equipment that we use. No one really has a clear picture of what that looks like, how you transition from today’s world to a low-carbon world, all the companies, every company out there is working on elements of that to do the right things, but there isn’t a standard playbook for these kinds of things,” said Kelly.

He added that the industry cannot limit itself to just one approach, such as working with an OEM to develop a battery-powered truck or coming up with an alternative haulage program. “We kind of have to do all those things at the same time versus putting all of our eggs in one basket.”

Kelly is pleased that mining companies have become more receptive to hearing about electrification and hydrogen, but he suspects the industry will need to rethink how it uses trucks in the first place, no matter how they are powered.

One current mode of thinking, replacing large trucks with a larger fleet of smaller, more efficient trucks operated autonomously but in a swarm configuration, will not work, especially in high-volume operations like oil sands, opined Kelly. Instead, he thinks mining companies will attempt to replace existing fleets with similarly sized trucks, or perhaps slightly smaller ones, but supplement them with trolley-assist systems, at least as a stop-gap measure until the more wide-spread adoption of conveyors and other types of transportation systems.

Considering how heavy equipment could and should be used is something that Adriaan Davidse, a director at Deloitte, does as part of his work with mining clients. According to Davidse, health and safety concerns – not wages and economic ones – are driving mining companies to seek out autonomous vehicles, even if their availability is still limited. “I would say if you talk to mining companies, they really want to move people into more higher-value-added work, and remove them from chronic and acute health and safety challenges.” He added, however, adopting this strategy essentially means buying new equipment as retrofits are difficult, and for small companies with limited resources, that is just the first hurdle to overcome.

“Even if they can get the equipment, they need the communication networks and infrastructure to support the operations of those autonomous systems within the infrastructure of the mine. Typically, the infrastructure is not resilient or sufficient, or even existing at all. And then, of course, you have to integrate everything into your change leadership. It’s not an easy switchover. It’s not a question of taking a manual-operating system and retrofitting the technology and suddenly everything moves on its own.”

The nature of a truck fleet itself is something that is challenging for an industry that needs to change the way it operates, explained Davidse. Being able to swap out one truck at a time, instead of buying an entire new fleet, “is why we’re not doing the transition efficiently because it forces people to take a very incremental approach. With hydrogen, for instance, mining companies will test a few and then they might swap the fleet over in an incremental way over the next decade, instead of redesigning a mine, with new technology in mind, because capex is spent on expansion and other sorts of stuff.”

Davidse said that coming to terms with what an energy transition truly means when it comes to heavy equipment is not easy. “I think what is lost a lot is that the energy transition is not a fuel change. Most people regard it as if we just put a different fuel inside the truck, we’ll have no emissions and everything is good. But the problem is that the truck is still incredibly inefficient.”

Rethinking mine design with an eye on streamlining operations and improving efficiencies, such as by limiting the movement of material, is a goal, but it is difficult to pursue, in light of the limitations of existing technology.

“It’s really hard for mining companies to contemplate new kinds of plans, new kinds of operations with new kinds of equipment, because there’s not enough new equipment in the market that’s really radically innovative. That mining companies have either trust in [promised] technology or trust in the commercial viability of the companies providing the technology to accept that in their plans. They tend to basically stick with the existing OEMs and maybe with upgrading towards more autonomous drills or more autonomous trucks.”

He added that investors, especially those that support smaller mining companies, are another roadblock to the adoption of new approaches and technologies. “If [mining companies] come with innovative plans, the funding community is not very comfortable with that. You have to first prove that you can mine in the traditional way.”

The hard-to-break structural problems in mining are what keep mining companies locked into historic patterns of behaviour – patterns that are, in part, exemplified by the used-equipment market.

Kelly Kittson, who was director of global mining and energy with Ritchie Bros. at the time of the interview but is now vice-president, global used equipment at Finning, reported “fairly consistent demand in the 200 ton-class of truck and grader. I think the makeup of what they’re looking for has typically been the same. If they’re running a particular series of asset, if it’s a Komatsu 830 or a Cat 793 F haul truck, and they’re needing more of those, they’re going to traditionally stick with that series because they have the parts and all the other complements to support those assets within their fleet.”

According to Kittson, mining customers are more committed to rebuilding equipment and maintaining it for longer periods of time. This could be, in part, related to a tightness in the supply market, which has been getting worse and worse in recent years, and has driven prices for used equipment upward.

Even though he cannot make any predictions for exactly how heavy equipment will evolve, he is excited to watch it happen, especially as new technology geared towards energy efficiency and greenhouse gas reductions trickles down into the used market.

While OEMs may be making continuous advancements in their products, Russell Hallbauer, a mining engineer who sits on the board of directors of Taseko and is director of the company’s environmental, health and safety committee, is skeptical about just how much heavy-equipment technology will improve in the short term and does not expect to see zero-emissions vehicles any time soon.

“A lot of it is virtue signalling right now, saying ‘We’re going to do it.’ We’ll see what is going to happen seven or eight years from now, when they’re not even close,” he said. Hallbauer said he has seen attempts by the industry before to adopt new fuel sources, recalling the move a couple of decades ago to adopt natural gas – an attempt that essentially went nowhere.

He said he has given a lot of thought to how the big vehicles will evolve, and he does not see the equipment really getting any smaller as payloads are not shrinking in size, especially with miners going after lower grade ores in larger amounts of rock.

He does expect to see telematics and predictive maintenance technology continue to evolve, which will lead to more efficiencies, lower carbon intensity and overall better business outcomes.

“It’s not very complicated. It’s not like they’re going to, in the next five years, have some kind of science-fiction-type development that’s going to revolutionize open-pit mining and eliminate trucks and shovels and drilling and blasting. I think there’s just going to be a slow, general evolution of the technology… I think any of the real changes are going to be more on the concentrator side, with new technology there.” 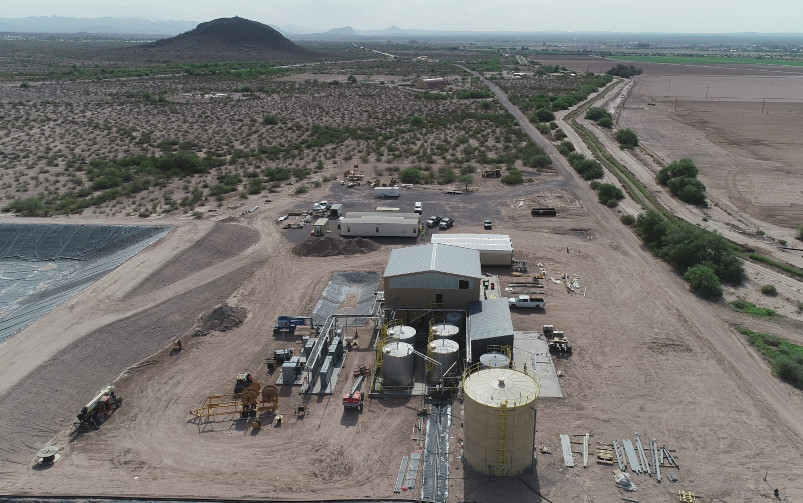 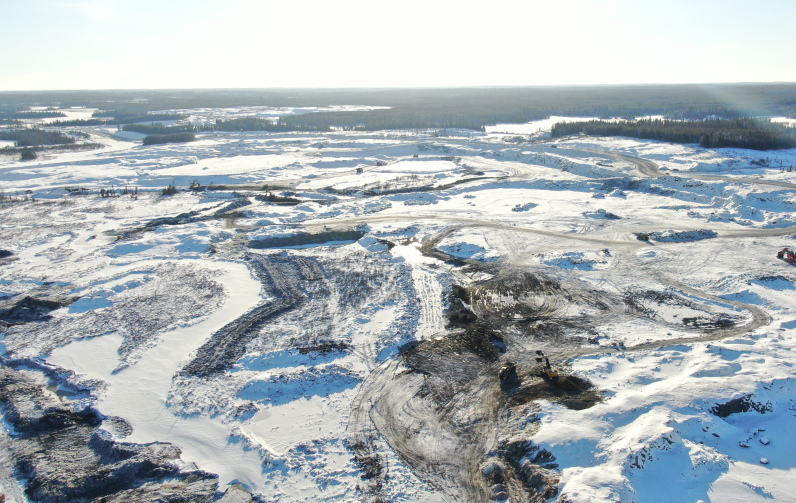