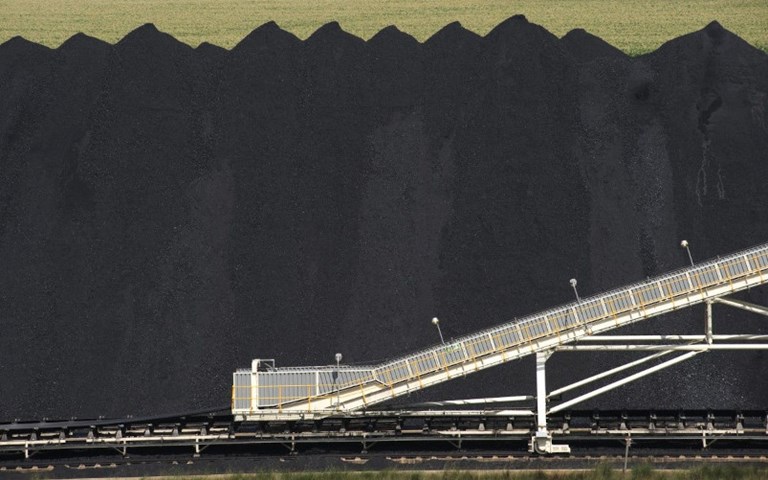 Glencore reaped the rewards of maintaining its thermal coal operations, such as the Goedgevonden mine in South Africa, as skyrocketing prices led to record profits for the company. Courtesy of Glencore.

Welcome back to your weekly mining news recap, where we catch you up on some of the news you may have missed. This week’s headlines include significant investment into Vital Metals, the important role of smaller copper-exploration companies, and a giant sinkhole halts development work at a Lundin Mining mine in Chile.

Analysts note that a copper shortage may be on its way due to fewer discoveries being recorded, but small- and mid-sized exploration companies may provide the solution to the problem. Finding ways to mitigate risk, some of them seek out jurisdictions where major miners have already established a presence, or where the cost of mining is low or where sustainable practices are highly valued. However, they all share a common challenge: access to capital to sustain their exploration efforts.

Gold reserves at Agnico Eagle’s Detour Lake mine in Ontario are up, according to an update that came with the company’s second-quarter results, extending the life of mine by 10 years into 2052, as reported by Timmins Today. The miner announced a 38-per cent increase in the gold reserves at Detour as well as a new high mark of 858,000 ounces of gold produced across the company’s operations.

Baffinland issued 1,100 termination notices to employees at its Mary River iron mine in Nunavut last weekend, anticipating having to halt its operations if it doesn’t receive governmental permission to maintain its 2022 ore production and shipping limit. Mary River has operated at six million tonnes per annum from 2018 to 2021 on a permit that has yet to be renewed for 2022 following delays in the governmental review process for the mine’s expansion plans. The potential terminations are scheduled for the fall once the mine meets its current limit of 4.2 million tonnes.

A giant sinkhole opened up above one of Lundin Mining’s Chilean mines at the Candelaria complex, bringing development work at the site to a halt, as reported by Bloomberg. Though none were harmed by the formation of the 25-metre diameter hole, concerns over safety and production have arisen and authorities are investigating. Company shares went down 6.1 per cent and analysts at BMO Capital Markets lowered the complex’s production estimate to the midpoint of Candelaria’s guidance range.

High diesel costs, the call for decarbonization and mining’s role in the green economy are shifting ore-haulage priorities, paving the way for new, greener technology to lower emissions, reduce maintenance among other benefits. Transitioning to tomorrow’s machinery, however, comes with its own set of challenges, such as fleet optimization and how to charge electric trucks with minimal downtime.

Glencore shareholders reaped a big windfall after the company said it would pay out US$4.5 billion in dividends and share buybacks as the soaring price of coal generated record profits for the company, as reported by Reuters. Unlike rival companies who have bowed out of fossil fuels, Glencore has stuck to thermal coal exploitation and the decision has paid off. According to the company’s half-year report, “elevated energy market dislocation, volatility, risk and supply disruption” played a large role in increasing the company’s first-half adjusted EBITDA to US$ 18.9 billion, more than US$10 billion higher than from the same period last year.

Signal Gold’s Goldboro gold project in Nova Scotia was approved with conditions by the provincial Minister of Environment and Climate Change, as reported by CBC News. The company will have to develop a wildlife management plan with relevant provincial departments and will also need to have a complaint-resolution framework to receive and respond to complaints, as well as a Mi’kmaw communication plan. Plans for Goldboro include two open pits, a processing facility and waste and water management infrastructure.

Marking more gold news, the new Sugar Zone gold mine owner, Australia-based Silver Lake Resources, is planning to revitalize the mine with an $31 to $40 million investment, as reported by Northern Ontario Business. Silver Lake acquired the struggling mine from Harte Gold in February and now intends to replace its antiquated fleet with teleremote systems, swap out old drill rigs for new electro-hydraulic ones and address a processing bottleneck among other measures, all in the hopes of increasing daily production capacity.

Vital Metals raised $40 million through targeted placement, with the proceeds expected to support operations and project development. Some of the funds will go towards commissioning the company’s Saskatoon rare earth carbonate plant and will allow the company to proceed with development of projects, including the Tardiff deposit at its Nechalacho rare earths operations in Northwest Territories.

Second-quarter reports are pouring in, the highlights including:

Equinox Gold reported a net loss of US$78.7 million and produced 120,813 ounces of gold at an AISC of US$1,657 per ounce. Commercial production is expected to start at its Santa Luz project in the third quarter of this year.

Hecla Mining produced 45,719 ounces of gold and 3.6 million ounces of silver at AISCs of US$1,641 and US$8.55 per ounce, respectively. Hecla also suffered a net loss of US$13.5 million. The company is in the process of acquiring Alexco Resource Corp, with the transaction expected to close in early September.