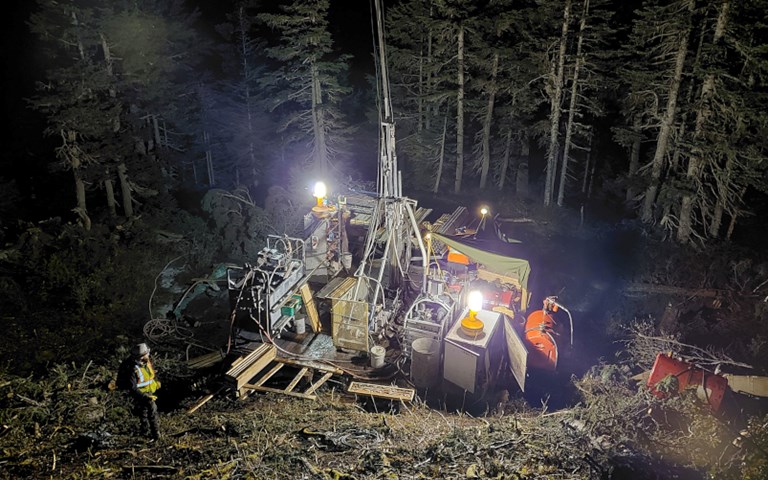 Welcome back to your weekly mining news recap, where we catch you up on some of the news you may have missed. This week’s headlines include Glencore’s environmental challenge in Australia over its net-zero strategy, 03’s Marban Engineering project takes shape, and a milestone for the first industrial sea floor mining project.

Due to the economic sanctions following Russia’s invasion of Ukraine this year, 40 per cent of the world supply of potash went off the market, creating supply and price shocks for buyers of the fertilizer. Amid global food security concerns, Canada rose to the occasion, with Saskatchewan producers committing to ramping up their production capacity. Producers expect their commitments will remain relevant in the long run, with world population increases likely to drive fertilizer demand steadily upwards as arable land availability declines.

The pre-feasibility study for O3 Mining’s Marban Engineering gold project near Val d’Or, Quebec, was completed, forecasting initial capital costs of $435 million and raising its expected annual average production to 161,000 ounces. The project’s post-tax net present value at a five per cent discount rate now stands at $463 million with an after-tax unlevered internal rate of return of 23.2 per cent given a long-term gold price of US$1,700 per ounce. A feasibility study is slated for 2023 and brownfield exploration will go on to examine expansion potential.

Ivanhoe Mines reported a fatality this morning at its Kamoa-Kakula mining complex in the Democratic Republic of Congo, where a fall of ground struck and killed an employee. Ivanhoe announced it will conduct a comprehensive internal investigation into the fatal accident, as well as collaborating with local authorities to facilitate their own investigation. According to the company, operations have not been affected by the accident.

Glencore is facing a complaint filed in Australia alleging that the company’s stance on its climate strategy may be misleading its investors and the public, as reported by Mining.com.  Environmental lawyers ClientEarth have taken steps to support the environmental groups asking the Australian Securities and Investments Commission to look into Glencore’s plan to reach net-zero emissions by 2050 given its thermal coal production expansions.

Skeena Resources released the results of its feasibility study for its Eskay Creek gold and silver project in British Columbia on Thursday. The study estimates an after-tax net present value at a five per cent discount rate at $1.41 billion and a nine-year life. The figure is based on a gold price of US$1,700 for gold and US$19 for silver. The initial capital expense estimate for the mine is $592 million. Gold production for the first five years of the mine is anticipated to be 431,000 gold equivalent ounces per year. The after-tax internal rate of return now stands at 50.2 per cent. According to Skeena, the mine will have a carbon intensity of 0.2 tonne of carbon dioxide per gold equivalent ounce.

Sabina Gold & Silver’s board approved the construction of the Goose Mine at its Back River Gold District in Nunavut. Now that pre-development activities are completed, construction will begin early next year and first production is planned for the first quarter of 2025. The mine is expected to produce 223,000 ounces of gold per year over 15 years. Initial construction will cost an estimated $610 million.

An internal scoping study by FPX Nickel Corporation revealed the potential to build the world's largest integrated nickel sulfate production facility through its Baptiste nickel project in British Columbia. The company claims the project, which the study indicates could produce low-cost, low-carbon nickel sulfate, would produce enough nickel to fulfill 17 per cent of the projected North American electric vehicle battery demand for nickel in 2030. Over the expected 35-year life of mine, 43,500 tonnes of nickel per annum could be produced from Baptiste’s awaruite nickel mineralization.

Still in British Columbia, Artemis Gold struck a $318 million engineering, procurement and construction contract with Sedgman Canada to build the processing plant and its associated infrastructure at the company’s Blackwater gold project. Sedgman, a CIMIC Group company, will be in charge of leading the construction as major works preparations are set to begin in the first quarter of 2023. Commissioning is expected for the first half of 2024 and is to be followed by a first gold pour in the third quarter of the same year.

Equinox Gold has had to suspend operations at its Los Filos mine in Mexico after members of the nearby Mezcala community set up a blockade preventing the delivery of supplies required to keep the mine up and running, as reported by Mining.com. the reason for the blockade, mine operations at Los Filos have recently been interrupted by community and union protests over demands for higher compensation. Equinox has stated that the blockade is illegal, but it will engage with community leadership to resolve the situation.

The first industrial sea floor mining project got the green light from the International Seabed Authority, a United Nations agency, allowing Canadian firm The Metals Company to scoop valuable metals from the floor of the Pacific Ocean, as reported by Quartz. As a test, a deployed prototype collector will attempt to vacuum metal chunks three miles below the surface, aiming to recover 3,600 tonnes of nodules containing high concentrations of nickel, cobalt, manganese and copper.