New materials and monitoring technology are shaking out more uptime and better performance from vibrating screens
By Alexandra Lopez-Pacheco
February 01, 2017 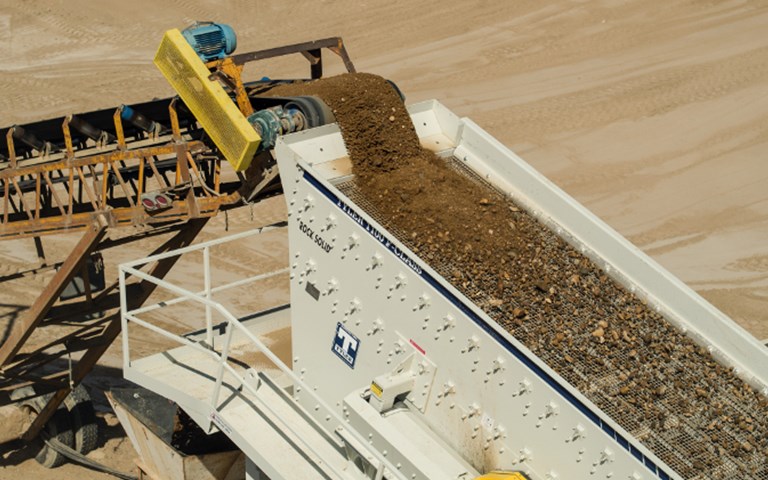 Though critical in the extraction process, screening is often taken for granted when it comes to optimization. “Screening doesn’t get much attention from management because it is a low-cost item,” said Les Naday, director of business strategy at Polydeck Screen.

That could be a costly mistake. Screening, in fact, can rack up hefty costs in inefficiencies, servicing and downtime, especially when that downtime is unscheduled.

“In a large operation everything needs to be scheduled, so they like to have the screen media last for at least the time of the maintenance cycles of surrounding equipment,” said Naday. “It can be $500,000 an hour to stop a SAG mill. When you have something inexpensive like a screen panel failing and it results in stopping machinery that costs that much an hour to stop, that is a lot of money being wasted.”

The same challenges on a larger scale

“This is the biggest challenge,” said Larsson. “It is a huge problem everywhere you go.”

Screening inefficiencies can also lead to such problems as excessive fines being sent to the crusher. “The fines that aren’t removed by screening end up being very hard on the crusher, because a crusher can’t crush a solid mass of material. It needs spaces between the rocks it is fed. The result can be hundreds of thousands of dollars in maintenance costs, but the source of the problem won’t always be immediately obvious to the operator,” said Larsson.

While screens are heavy duty, they can also be very sensitive. “When you service screens, the machine can become very slightly off balance,” said Peter Kilmurray, VP of sales for Haver & Boecker Canada. “That’s enough to result in the rock being unevenly distributed across the bed, making it inefficient and creating uneven wear.”

As the clock ticks in dollar signs, replacing screen media panels even as part of scheduled maintenance every few weeks is neither quick nor easy. “Typically there are about 18 parts that have to be removed just to replace the media on a screen,” said Kilmurray. “It’s time-consuming and awkward.”

And these days, as mining operations opt for higher capacity SAG mills and cone crushers, screens are only getting larger in order to feed them to capacity. “Twenty years ago, an eight-foot-wide screen was the largest on the market. Then it went up to ten feet. Now, 14-foot screens are relatively common and they’re getting even larger,” said Larsson.

All of this means that innovation in screening design is increasingly turning into making servicing easier, lighter and faster, while improving wear life, performance and reliability. 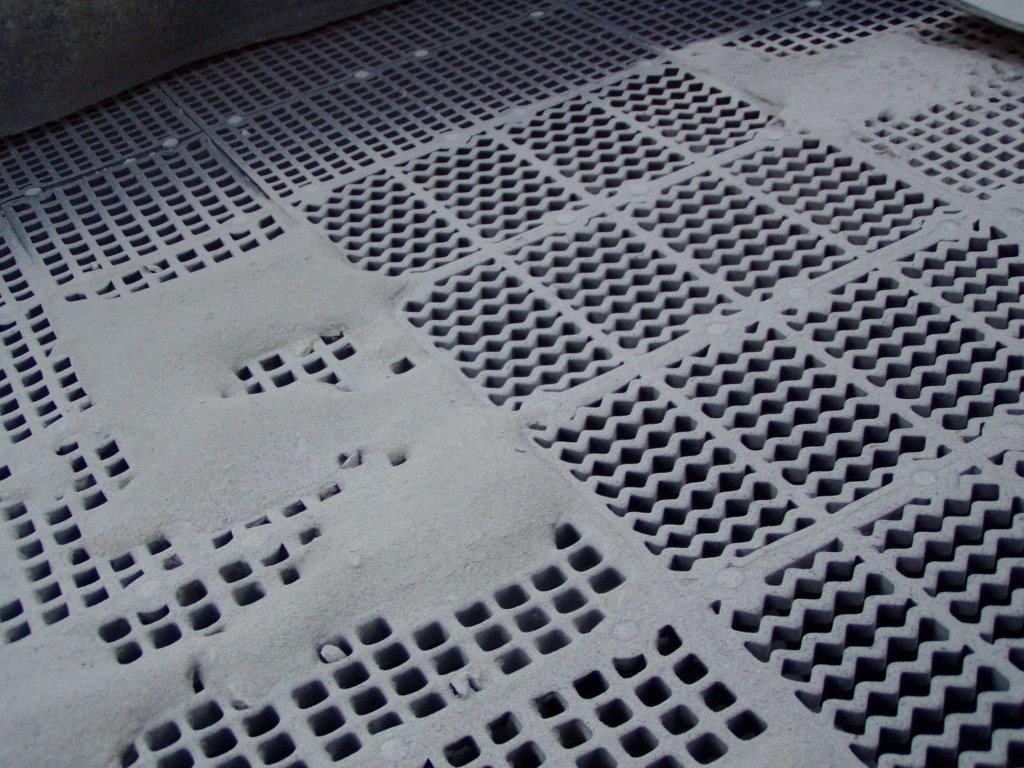 “Over the last decade, Polydeck has come up with materials that have different hardness, so we address plugging and blinding by providing different panel designs that provide a self-cleaning feature,” said Naday.

Traditional polyurethane plastics are also increasingly being replaced with synthetic and natural rubbers. “Rubber helps with blinding issues because screen panel membranes coated in soft rubber will vibrate, so that increases the cleaning effect of the screen media and decreases the blinding quite a lot,” said Kilmurray.

No screen panel is a one-size-fits-all screening application, however. That is why there are a multitude of different screen media on the market today, not to mention expert opinions on the best option, which is not always the most aggressive one. “There is always a compromise, so we have a variety of ways to attack any one of these issues depending on the application because if you make it too flexible you sacrifice on life,” said Naday. “You want to make it just flexible enough.”

Screening companies have been working on designs to reduce the time and effort needed to service their equipment. Polydeck, for example, has replaced metal inserts with synthetic ones that reduce the panel weight by two pounds per square foot. “When you have 240 panels on one deck, the weight reduction is considerable,” said Naday. “It can positively affect the bearing life and other components on the screen.”

Two years ago, Haver & Boecker launched its Tyler F-class split-bucket mounting system, which can cut service downtime in half by providing easy access to critical components. “It used to take two days and three or four guys just to remove the shaft if there was a problem with it because it had the large arms on the sides of the machine,” said Kilmurray. “What we’ve done now is a split bucket design. Basically, you can now split the arms into two, so you only have to remove one half.”

Then last year, the company went one step further when it introduced Ty-Rail, which eliminates traditional bolts and nuts and replaces it with a rail tensioning system that keeps the media in place and cuts servicing time by half. “It has non-removable parts and just slides in or out,” said Kilmurray. “One person can do the job rather than the usual two.”

High tech has also arrived to screening. FLSmidth has a mobile screen motion analyzer that records the screen’s vibrations and provides an analysis immediately after the data is collected. Haver & Boecker’s Pulse vibration analysis service provides hardware and software to the mine operator to record the screen’s vibration. The data is sent to the company’s engineers, who analyze it and make recommendations.

Then there is real-time monitoring. Metso’s ScreenWatch system uses self-powered wireless sensors to continuously monitor a vibrating screen’s performance and condition, and alert the operator in real time when there is a problem in anything from uneven feed, to loose bolts, broken springs or worn bearings. “You can make sure everything is sitting as it should be,” said Larsson.

ScreenPlanner, Metso’s recent software release, makes it possible to track wear life and analyze performance for optimization. “When you put the screen in operation, you enter all the performance parameters you want monitored into the software and you can then digitally monitor the wear online,” said Larsson. “All the monitoring data is collected so you can analyze the history. After a while, you can see trends. For example, you can identify where you have the shortest lifetime and what you need to do to change that.”

Many experts believe that monitoring technology for screening will become a leading trend in the next few years. And where data is collected and analyzed, optimization becomes far more feasible and verifiable, opening the door to further innovation.