Underground connectionWireless local area networks are connecting miners and their tools to the Internet to allow them to share and retrieve data efficiently, without interference

Wireless local area networks are connecting miners and their tools to the Internet to allow them to share and retrieve data efficiently, without interference
By Katelyn Spidle
June 08, 2015 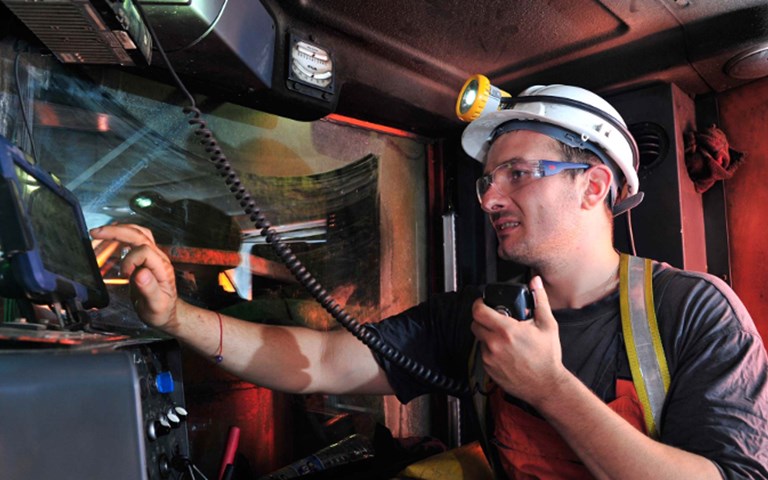 Its key focus was to discover how wireless technology, relatively new at the time, could improve the safety and security of workers. In the end, the project also revealed wireless technology to be cost-effective, efficient and reliable.

“In the early 2000s we approached one of the larger companies and we showed them this technology; it blew their minds,” said Hard-Line president Walter Siggelkow. “It was everything they had asked for in a communications system.”

Hard-Line has since converted its original network system, the Mine Area Net, to act as the backbone of the company’s Teleop Tele-Remote Control Systems. This ruggedized technology uses a wireless infrastructure to enable the remote operation of heavy machinery, such as dozers, drills, excavators and rock breakers, thus preventing workers from having to enter hazardous working environments. Hard-Line has won several awards for its innovative designs, and a number of large companies use the Teleop system including Barrick, Glencore, BHP Billiton, De Beers and Agnico Eagle.

Hard-Line’s Teleop system illustrates one of the possibilities enabled by wireless connection underground, but it is just the tip of the iceberg. WLANs, such as the ones offered by Hard-Line and Cisco, have set the bar high for companies that provide communications technology. Wireless technology is changing the way miners and machines communicate, allowing for the creation and exchange of large amounts of data that can reveal new ways of optimizing operations.

Miners have traditionally achieved person-to-person communication using a leaky feeder system. It works by running a coaxial cable through an underground tunnel, sending and receiving radio waves like an antenna. Radio waves “leak out” along the length of the cable through slots in the outer conductor to enable communication. However, over distance these leaks in the cable weaken the signal, so line amplifiers are inserted intermittently. Yet, this can cause problems. “Every time you amplify a signal it actually distorts a little bit,” Siggelkow explained.

A leaky feeder operates at a low frequency – roughly 150 megahertz (MHz) outbound and 170 MHz inbound – so the transfer of large amounts of data is not possible. It is also susceptible to interferences, as radio waves are unable to penetrate rock, for example. But even though leaky feeder systems are widely viewed as being outdated, as Siggelkow described, many mines still use them. Doug Bellin, Cisco’s manager of business development for manufacturing and mining, noted that leaky feeders work well for voice calling, and that keeping it as a backup form of communication in case of an emergency is never a bad idea.

The general trend, however, is moving towards systems where larger amounts of data can be transferred reliably in real time. That is why miners are opting for WLANs, which can use spread-spectrum technology to emanate high-frequency radio waves from strategically placed access points that are hooked up to an Ethernet cable. Siggelkow explained that when the signal is transmitted, analog data such as voice is converted into digital.

The “Internet of Everything”

Over the last decade or so, it has become increasingly common for everyday items such as a dishwasher or a washing machine to be built with network connectivity that allows them to send and receive data via the Internet. It is part of a growing trend known as the “Internet of Everything.”

A couple of years ago, Dundee Precious Metals decided it would make the necessary technological adjustments that would allow it to stay ahead of the curve. The company set a goal to increase productivity at its Chelopech mine in Bulgaria by 30 per cent. Facing financial constraints due to the global economic situation, the information technology (IT) department looked for a solution that did not involve hiring more people or purchasing more vehicles. 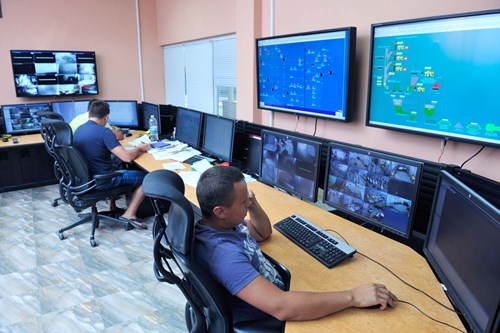 “We wanted to take the lid off the mine and see what was happening in real time,” said Mark Gelsomini, Dundee’s director of IT. To do this, it adapted Cisco’s Unified Wireless Network and access points. With wireless coverage throughout Chelopech’s 50 kilometres of underground tunnels, it is now possible for miners, supervisors and management to communicate reliably via voice calls, video or instant messaging. These forms of communication allow for efficient face-to-face collaboration between all levels of management, as well as geologists, metallurgists and technicians, to troubleshoot, guide repairs and discuss operations in real time.

Location tracking has also been made possible through the placement of radio frequency identification (RFID) tags on miners’ hardhats and vehicles. The location of every miner and vehicle shows up in real time on a 3D map visible from a control centre above ground. This “centre of excellence,” as Gelsomini described it, includes remote access to vehicles and routers so the team can quickly retrieve analytics and flip switches anywhere inside the mine from behind a desk.

Dundee surpassed its initial goal, increasing production by 400 per cent. By tapping into the Internet of Everything, the company has been able to lower communication and energy costs, improve safety and optimize asset utilization.

Wireless technology has long served office buildings, retail outlets and educational institutions. These spaces with smooth walls and controlled temperatures are relatively free of obstacles that could cause signal interferences. However, Bellin highlighted that these conditions only represent about 10 to 15 per cent of infrastructure in the mining industry. Connecting underground mines is a bit more complicated. “The infrastructure hasn’t been built up to the level to be able to support it at every location,” he noted. And, added Prashanth Shenoy, Cisco’s senior director of enterprise mobility, “in mines, there is a lot of interference. That’s a big challenge that we need to resolve.”

One solution Cisco developed for its Unified Wireless Network is a system-wide feature called CleanAir Technology.

It can detect, identify and map interferences that are not visible to other systems, and then automatically makes the appropriate adjustments to bypass these conditions to ensure a clear connection.

Since wireless signals rely on the air for proper transmission, the first things that had to be considered when adapting WLAN technology to the underground mine environment were the extreme fluctuations in temperature, humidity and dust. “Having a ruggedized infrastructure is critical,” Bellin asserted. That means that average touch screen technology, such as a smartphone, is too delicate and would probably malfunction underground. Tablets and similar touch screen devices are being built directly into the machines, so that the hardware itself is adapted to the intense underground environment.

When Goldcorp embarked on its Éléonore gold project in northern Quebec, it wanted to build the mine of the future. “I believe it’s [in line] with the values of the company to think outside the box and find meaningful solutions to advance the way we do mining,” said Pascal Morin, Goldcorp’s manager of technology and communications.

The company decided to use Cisco’s Connected Mining – a multi-service secure Internet protocol (IP) network that supports a variety of features – to help it accomplish three goals: improve worker safety, maximize production efficiency and control production costs. The ruggedized technology offers secure access to any device located anywhere at the mine in real time.

Location tracking has improved asset management through vehicle tracking and operational efficiency by allowing managers to make decisions more quickly with real-time data. It has also enhanced emergency response times. Before Éléonore activated the network, it would have taken about 45 minutes to locate all personnel in the event of an emergency. Now, this information is available immediately – a feature that could potentially save lives.

Although Bellin noted that it is impossible to calculate the return on investment for safety, equipping Éléonore with the Unified Wireless Network has provided the infrastructure necessary to support ventilation on demand, which is saving the company between $1.5 and $2.5 million annually.

“Ventilation on demand is a prime example of the Internet of Everything because now we have the ability to control and modify the state of a machine remotely or [create] atmospheric changes in the environment,” Morin said.

Éléonore’s ventilation system used to run 24/7, but with ventilation on demand, fans only power on as needed. The system responds to signals emitted from Cisco’s AeroScout industrial RFID tags that are attached to every miner and vehicle. When a signal is detected at a particular location underground, the ventilation on demand system analyses the air quality and emissions levels in that area and then powers on as needed, adjusting the fan speed to the particular data set received from the tags. Ventilation on demand has allowed the company to drastically reduce energy consumption, lowering its air requirements from 1.2 million cubic feet per minute (CFM) to 650,000 CFM.

As with any new technology, there is a learning curve. To help manage it, Dundee has committed to making workers feel empowered. “We’re getting ideas from the miners themselves for improvements on the technology,” Gelsomini said. “Our approach was, ‘Hey guys, we have an idea. Here’s the idea. Play with it and give us your feedback.’ It’s a different approach than just laying down the rules.”

Very soon, Siggelkow predicted, the Internet of Everything will become so pervasive that if a mining company wants to stay in business, it will have no choice but to become connected. “It’s inevitable, and it will have a positive impact,” he said. “It’s not a question of if; it’s a question of how fast it will be accepted.”