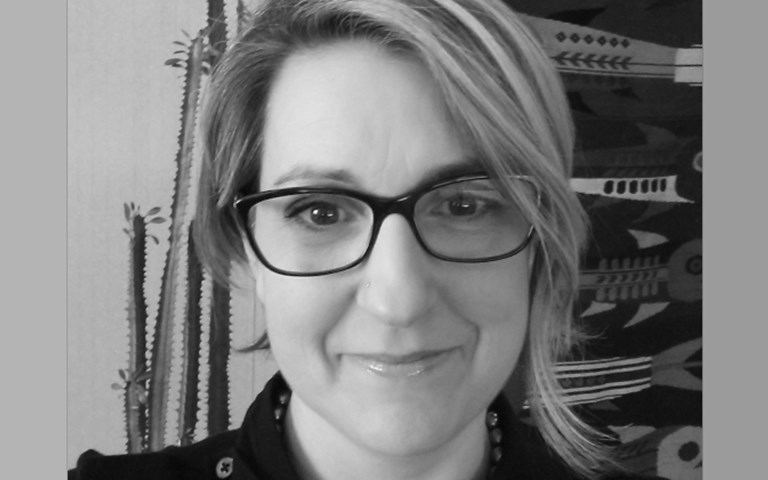 Small modular nuclear reactors (SMRs) could one day bring clean energy to remote mining sites and small northern communities around the country. At this point, it is still early days, but Diane Cameron, director of the Nuclear Energy Division at Natural Resources Canada, is forging a path forward for this emerging technology. SMRs are coming, she says, but the unsettled question is whether Canada will lead the industry or follow it.

CIM: What was your career path to your current position?

Cameron: I did my undergraduate studies in Waterloo, followed by a Masters in technology policy at MIT. I started my career in the U.S. private sector. I pivoted into public service about 10 years ago, starting with Global Affairs Canada. The common thread throughout my career has been the intersection of economic and environmental policy.

CIM: What does your job entail?

Cameron: I oversee a team of 10 to 15 people; we lead on nuclear energy policy at the federal level for Canada, in close collaboration with a wide range of partners within the federal government, in provincial and territorial governments, and across the industry.

CIM: What is an SMR?

Cameron: SMRs are small nuclear reactors with less than a 300-megawatt (MW) electric generating capacity. For a comparison, full-scale Canada Deuterium Uranium (CANDU) reactors, which operate in Ontario and New Brunswick, are on the order of 900 MW electric capacity. You can think of SMRs in three categories: very small [under 10 MW electric], which could be applied to power off-grid communities. Reactors in the medium 20-60 MW electric range may be suited to heavy industry applications, like off-grid mines. Then there are 150-300 MW units for on-grid power generation, especially in provinces that might be interested in getting off coal.

CIM: What fuel do SMRs run on?

Cameron: There are at least 150 SMR designs around the world, and virtually all of them use uranium, which is the same thing we use in our CANDU reactors. The only difference would be that most SMRs would use low-enriched uranium, unlike CANDU reactors, which use natural uranium.

CIM: Where are SMRs already in use?

Cameron: China is actively building [a demonstration project]. Argentina has been working on one too, which they are hoping to finish in the 2020s. Russia is in the process of fueling and commissioning one on a barge in the Arctic powering an off-grid community. In Canada, we have not built an SMR, but we are actively working on identifying good options for demonstration. Same for the U.S., the U.K. and others, which are all working toward demonstration.

CIM: What is the potential for using SMRs in mining and resource extraction?

Cameron: A lot of these designs are small and modular, so they can be factory produced, which would make transport and construction easier. The size is geared to what a mine might need, and we’ve heard a great deal of interest from the mining sector in particular because off-grid locations are dependent on diesel, which is very costly and logistically challenging. The technology is well suited to any heavy industrial application that requires high-quality steam or heat.

CIM: Tell me about Canada’s SMR Roadmap that was launched in February.

Cameron: With this roadmap project, we really wanted to understand the viability and level of interest in Canada in this technology on the demand side. We looked at the Canadian supply chain and we talked to utilities, mining companies, oil sand operators, remote and northern communities, and Indigenous representatives. We oversaw expert working groups on technology, regulatory readiness, waste management, Indigenous and public engagement, and economics and finance. We are pulling all of that together in a final report that will be ready in November, with recommendations to follow.

CIM: As part of this process, has there been any interest from the private sector in advancing this technology?

Cameron: There are 10 SMR vendors that are already engaged in pre-licensing discussions with the Canadian Nuclear Safety Commission. And Canadian Nuclear Laboratories, which is exploring demonstration projects in Canada, have been engaged with more than 20 SMR vendors who have expressed an interest.

CIM: How challenging is the cost of small nuclear in a place like the oil sands, given the low cost of natural gas to generate steam?

Cameron: That market might not be viable now, but in the future that could change, as the cost of SMRs comes down with experience and economies of scale, and in particular if the price of gas were to increase. There could also be a desire to pursue deep decarbonization. If so, SMRs might be of interest there. Right now, the most competitive spot will likely be heavy industry off-grid.

Related: As the cost of power has steadily risen over the past several years, mine operators have had to become more energy-savvy to keep the lights on

Cameron: There are 200-plus small communities that are reliant on diesel, and that poses challenges in terms of energy security and environmental impacts. Some off-grid communities have expressed interest in how SMRs might work in conjunction with wind and solar to meet their overall energy needs.

CIM: So an SMR could provide the firm energy required as a backup for wind or solar?

Cameron: Yes. A main challenge with wind and solar is that it is intermittent. So they require either a backup or some kind of storage technology. One promising area of innovation is hybrid energy systems that may provide a seamless integration of the backup SMR with wind or solar. The SMR would not be in competition with solar or wind, but an enabler.

CIM: I presume it’s still undetermined whether Canada will lead or follow others with this technology?

Cameron: Correct. Decisions taken by the private sector and public policymakers in the next six to 18 months will determine whether Canada chooses to lead. The option may also exist to let others develop the technology and to buy off the shelf.

CIM: In terms of challenges, what happens to the spent fuel? How much of a problem will disposal be?

Cameron: Through the roadmap, we are anticipating the waste stream coming from SMRs and are setting up the necessary measures in advance. It helps that we already have one of the most rigorous nuclear waste management frameworks in the world.

CIM: I’m presuming government will need to play a strong regulatory role in a future where there are SMRs in many locations, even just keeping track of them?

Cameron: Yes, but I don’t think it represents an increased role. We’ve learned a lot of lessons from the implementation of successive generations of nuclear technologies, and Canada has a strong nuclear regulator. With many of the reactor designs being considered, in the event of an abnormality, some extraordinary weather or incident of some kind, you would literally be hands off and the laws of physics would drive the reactor to zero. And that stands in contrast to what we call active safety features, which are present in many earlier generation reactors, where you have to actively intervene or have engineered layers of safety on top of the reactor. And remember, we’re talking about SMRs that might be five to 50 MW electric, so it’s much simpler and smaller, which translates to safer.

CIM: What are the future prospects of seeing SMRs out in remote mines and communities in Canada?

Cameron: I think we will see the deployment of SMRs in Canada for sure. We have two provinces – Saskatchewan and New Brunswick – that are seriously looking at SMRs as an alternative to coal, and we already have off-grid mining companies looking at SMRs as an alternative to diesel. And we know that in the future, say 15 to 20 years out, there could be interested remote communities as well.