Names to Know 2016: The Bjorkman family 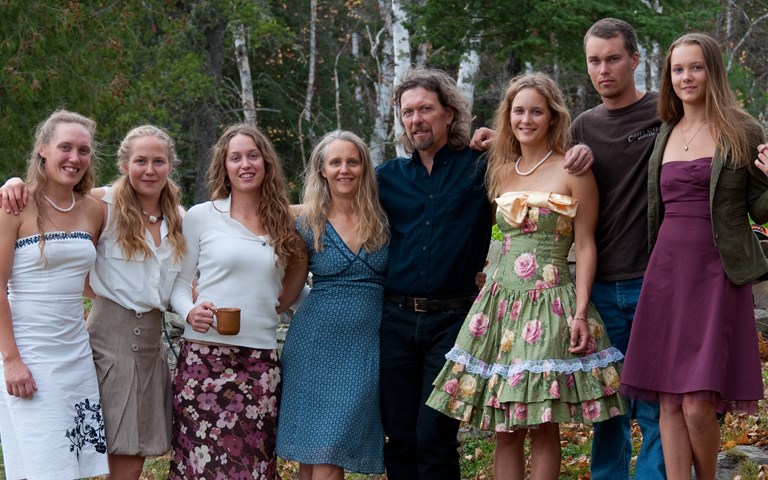 For the Bjorkmans of Whisky Jack Lake near Atikokan, Ontario, prospecting is a family affair. Karl Bjorkman heads Bjorkman Prospecting, joined by his wife Nikki as bookkeeper, and his six children – five girls and one boy. This year the family received PDAC’s Special Achievement Award for its contribution to the industry.

Karl began prospecting around 1990, getting his license after prospectors began working on his own property. He took a prospecting course and, as he said, “I kind of got the bug.” Then while attending a symposium in Thunder Bay in 1992, he was approached by Garry Clark, who would go on to become executive director of the Ontario Prospectors Association. “He came up and offered me a job, and I thought, ‘Wow, I can get paid to go prospecting, this is great!’”

The family works largely out of Ontario and the territories, but has worked in nearly every province as well as Norway and Sweden, focusing on smaller jobs. Traditionally, around half of their income comes from staking claims, but the advent of electronic staking means the Bjorkmans have had to diversify into such services as geological mapping, soil sampling and assessment reports. Siblings Ruth and Katarina have also received degrees in geology, adding to the family’s expertise.

“We grew up prospecting with our dad, so it was just a natural thing to do,” explained Ruth.

There is, however, a lack of new prospectors entering the field, something the Bjorkman children are trying to change. “There aren’t very many prospectors who are younger than my dad,” said Ruth. She and her siblings are involved with PDAC’s Mining Matters, teaching courses at schools and in First Nations communities. “Early education is really important,” said Ruth. “A lot of kids don’t really even know that prospecting exists.” The family hires helpers as well, providing training for new recruits.

The sisters also encourage women to enter the field, and provide support for those who do. For these efforts, Ruth, Jessica and Veronique were named Tradeswomen of the Year by the Influential Women of Northern Ontario last year.

For Karl, there are many benefits to running a family business, but a lot of it comes down to trust, and an ability to stick together through tough times. “We have a bit of an edge that way,” he said, “because I trust my children. I trust their honesty and their integrity.”