The closerAnglo American’s head of mine closure planning, Carl Grant, says managing mine closure throughout its life is the best way to reduce liability later

Anglo American’s head of mine closure planning, Carl Grant, says managing mine closure throughout its life is the best way to reduce liability later
By Kylie Williams
July 10, 2018 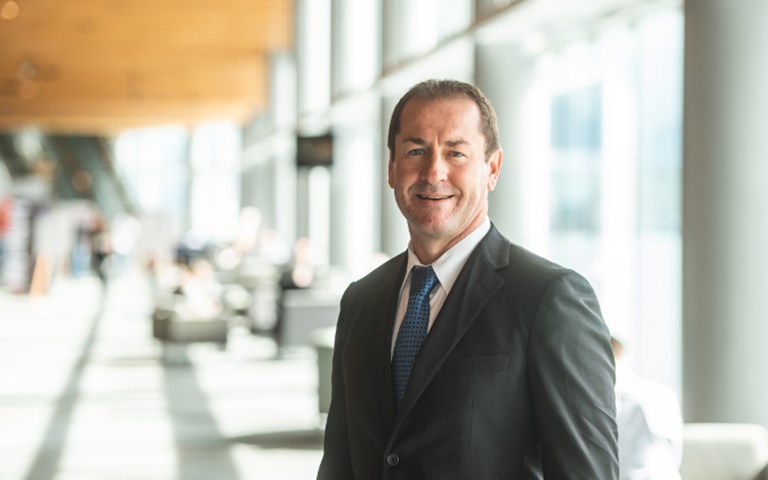 The highlight of Carl Grant’s career has been obtaining a closure certificate for Alcoa’s first bauxite mine at Jarrahdale in southern Western Australia. “The mine closed in 2001 and we obtained a closure certificate from the government in 2005,” said Grant. “Few people in our industry can say that, but it’s an important achievement to prove to communities that we do what we say we’re going to do.”

Grant is now group head of mine closure planning at Anglo American. Since he took on the role in 2014, he and a team of mine closure specialists have been building and implementing Anglo American’s Integrated Closure Planning System (ICPS) across the company’s global portfolio of operations. One of the objectives of the ICPS is to include closure planning in the same software package used for mine planning to enable that software to run a complete life-of-mine scenario.

The first ICPS pilot was initiated at the Kolomela iron ore mine in South Africa in 2015. “It ran for 15 months and generated about $30 million of operational savings by utilizing in-pit and short-haul dumping, rather than taking the waste from the pit all the way up to the elevated waste rock dumps,” said Grant.

A lack of information about closure costs and requirements, he said, often means life-of-mine planners make decisions that do not fully consider closure liability. “When the engineers have the closure numbers, they make different decisions,” Grant explained. “For example, there might be an option that is five cents a tonne more expensive from an opex perspective but saves you $50 million on your closure liability.”

“ICPS tries to minimize closure costs by doing as much closure-related work during the operational phase as possible,” said Grant, “We can do progressive reclamation and optimize the placement of our waste material to minimize the liabilities and risks at closure.”

Grant pursued a career in environmental science after growing up in the Western Australian mining town of Kalgoorlie, where he witnessed land disturbance and pollution caused by mining firsthand. Armed with a PhD in fire ecology, Grant honed his skills with bauxite mining company Alcoa before moving east to teach at the University of New England in New South Wales. There he wrote the first course in Australia on ecosystem rehabilitation before returning to Alcoa to carry out research and rehabilitate closed mines in the Jarrah forests of southern Western Australia.

In 2010, he joined Anglo American as the head of environment for coal operations in Australia and Canada before transitioning to global head of mine closure planning in 2014, where he immediately began developing the ICPS.

A second ICPS pilot project was completed at Drayton coal mine in Australia’s Hunter Valley, and five others have commenced at sites in South Africa, Brazil, and Botswana. Grant and his team hope to complete the pilot projects by mid-2019 and rollout the ICPS across all Anglo American operations by 2021.

“Probably the biggest factor was making people aware that they have a role to play in closure,” said Grant. This November he will be taking that message to Santiago, as chair of the second International Congress on Planning for Closure of Mining Operations.