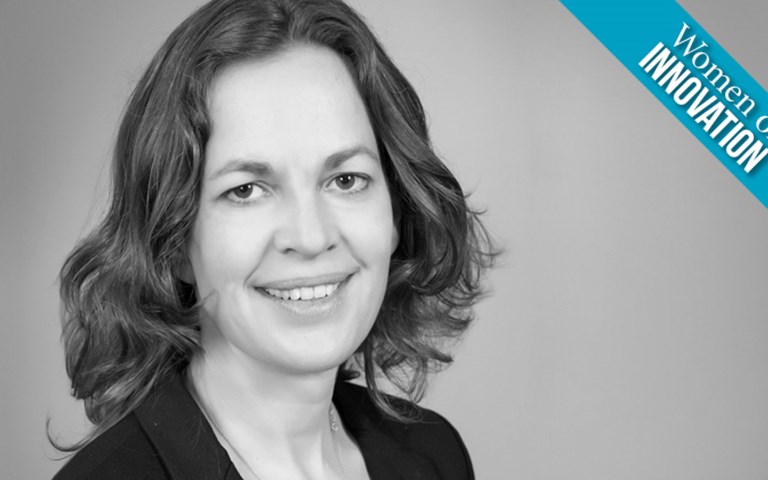 Catherine Harwood is the director of the procurement support centre of the Department of Highways and Public Works with the Yukon government. Courtesy of Catherine Harwood.

Catherine Harwood is a fellow of Engineers Yukon and Engineers Canada and has more than twenty years of experience working for the Government of Yukon. She is currently the director of the procurement support centre of the Department of Highways and Public Works in Whitehorse, the body through which the Yukon government advertises and distributes all public tenders. She is a recognized expert in procurement and has managed significant financial, human, and asset resources. An active member of Engineers Yukon, Catherine is a dedicated member of the engineering community.

Catherine is committed to promoting her profession and the participation of women in STEM. Since 1996 she has given classroom presentations about engineering and bridge building through the Scientists and Innovators in the Schools program and Yukon College's Science Adventures. Catherine is an inspiring role model for girls and young women, especially those living in small, remote regions.

Were you good at math and science from a young age? I’ve always really enjoyed math and science. With math, I felt satisfaction in getting it right. It was wrong or it was right, which is interesting because I am not a black and white thinker, but it gave me some early confidence. Then with science, it seemed applicable to everything around us. I enjoyed physics and biology. I think I had good science teachers, too.

Why did you decide to study engineering at university? I didn’t want to take pure engineering, but the description of the arts engineering program at Monash University in Australia grabbed my interest because I figured it would give me more variety. When I got to Monash, I found out the percentage of women in that arts engineering program was very high. Within the first few weeks, I knew it was the right decision. The content of the classes interested me, and I could connect with the other people in the program. They seemed like they were interested in the same stuff as me. And it was challenging. I love to be challenged.

What do you love most about engineering? I love that we’re trained to be problem solvers. It sounds simplified, but in my career in the public service quite often people start talking and working, and nobody has organized their thoughts. What’s the problem? How big is it? Has it existed for a long time? We ask all those analytical questions and then figuring out who needs to be there to help design a solution and how to actually roll that out. There are always different options, assessing those options, solving the problems to get everybody moving forward. Whether it’s building a bridge or figuring out how to size a culvert, I love it all.

What were some significant turning points in your career? Getting the permanent position as bridge engineer was a huge one because when you’re permanent in the Yukon government it creates a whole different set of conditions that you work under. You have a lot more security and can start planning your career. That was big. Probably every time I changed jobs, those were turning points. The other big factor was the people that were supervising me and the advice that they gave, especially the engineers that were overseeing me. They acted informally as mentors, offering nuggets of wisdom. I was probably very lucky that the first two supervisors I had were really good. I’ve often thought that if I hadn’t had those two first fantastic supervisors that I don’t know what I would have done. It’s entirely possible that I would have gone into a whole different field.

How important has your professional service been to the development of your career? I think it has been more important to my development as a person and as an engineer. In terms of building networks, buildings relationships with other engineers, which I can then use at work, it has been helpful to my career. There are many reasons why I have volunteered: the feeling of giving back — because I do love my profession so much and I appreciate my peers and my colleagues — and feeling that it is an honour to be part of a self-regulated profession. It has been a joy working with Engineers Yukon. Being on the board of Engineers Canada was fantastic as well. A lot of work, but definitely worth it.

What are you most proud of in your career or where do you feel you have made the biggest impact? It is probably in my working relationships and in building bridges between people. I’m still helping people at the first branch that I worked at, people who are now working in my old position at the second branch that I worked at, people who are working on the Dawson wastewater treatment plant file, and then procurement people all across the Yukon government and in the private sector. It’s a small town and people tend to know each other, but to be able to have people call me up and ask for help, and to know that they are going to get help, I think I’m very proud of being helpful and approachable.

Can you talk about the Dawson wastewater treatment plant project? There was a court order for the city to build wastewater infrastructure, which is very unusual. When the project was floundering, the Premier handed it over to highways and public works. I volunteered to work on the project, partly because I could see there was a need, and also because I thought very highly of the two people in charge of it and wanted to help. By the time I got in there, we were struggling to find a technical solution. We had trips to court every four to eight months. We had to report to the judge and explain what progress we had made and what our backup plans were. We had to work with the City of Dawson, and the citizens were divided as to whether a solution was even needed. They wanted to have control, but they didn’t have any resources. They had to rely on us. I think we focused a lot on communication in the early days, with the elected officials and with the City of Dawson, and with the media. We handled all the procurements and the project management, got the plant built, and it has had continuing controversy, but the court order has been satisfied and Environment Canada is satisfied. Now we’re trying to make sure that the plant is meeting all of its water license requirements, but I think there are some technical solutions that are being put in place.

Can you think of someone who has inspired you or acted as your mentor? There have been people who I’ve always admired. One of them was a project manager. Although she’s not an engineer, she has an MBA and has managed a lot of construction projects. She encouraged me to be brave, to ask tough questions, and to throw new ideas out there for everyone to mull over. The other person was my boss who assigned me the job of setting up the procurement support centre. She was my mentor and my “go-to” idea person. She had a team approach. She’s very calm. She has an LLM in procurement and did post-graduate work studying fish. She is a very intelligent woman. She’s thoughtful and open-minded to the idea that there are multiple ways to move things forward.

What advice would you give to a young person considering a career in engineering? I try to impart what an enjoyable career it is and how we help everyone, how we help the world, how we’re not necessarily visible but we’re everywhere. The thing about a career in engineering, more than the math and science and what we typically think of when we think of engineering — projects and research and applied science — is that hopefully young people are interested in a lot of team work and communication and problem solving. We can have really strong technical engineers but engineers really shine when they can also explain things clearly, be persuasive, help solve problems, and work with a multidisciplinary team, including non-engineers. I think that’s where we can bring a lot of value to every meeting, every project, every bit of work that we do. Focus on those things as well as your technical skills.

How do you define yourself as an innovator? I understand the risk of failure is part of good innovation; you can’t let fear of failure hold you back or nothing will ever change. When I approach innovation, I think of what effect it has on people and whether other people are on board with it, because the older I get, the more I think everything is really grounded in people and their relationships and their personalities. I have a very people-focused approach to innovation. When I think of innovation, I think of the purpose of innovation: to continuously improve things. We don’t want to innovate just for the sake of innovating.

How can we encourage innovation? I think we need a willingness to change from the status quo and to be flexible about pretty much everything that we do and then look to the future to make a comparison, “This is what we are doing and why we are doing it right now. What’s on the horizon? What is the future potentially going to look like? How do we set ourselves up so that we can adjust now or later?” I think about the fact that we shouldn’t shoot ourselves in the feet or bolt ourselves down so that we can’t move later. Keeping options open is also part of how to innovate; open mindedness to doing work better.

How can we encourage young people to be innovative or creative in their careers? The important thing is to allow young people to feel safe to innovate. We need to create safe work places, safe meaning that they can express themselves verbally, that they can bring forward ideas, and be encouraged to try out their ideas, be encouraged to see what went well and what didn’t go well, and then do things differently the next time.

To read more about Catherine and the other Women of Innovation, purchase the book here.