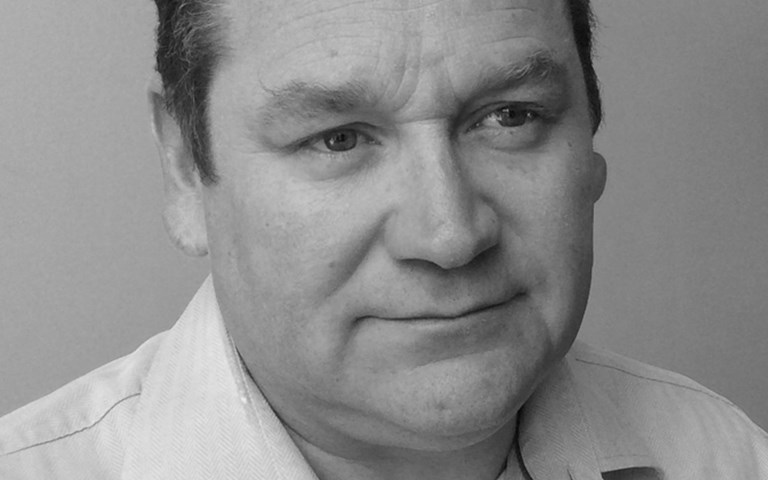 Energy consumption in Canadian underground mining operations has been on a steady rise over the past half-century as productivity has increased. But Dean Millar is convinced mines can be just as productive while using far less energy.

Millar boasts a long list of credentials: a PhD in Rock Mechanics from Imperial College; faculty at Laurentian University’s Bharti School of Engineering; director of the Energy, Renewable and Carbon Management Group of MIRARCO; a former energy theme leader for the Ultra Deep Mine Network; and a CIM distinguished lecturer this year. Although he grew up in the UK and got his start in South Africa, it was his experience in Canada that inspired his energy reduction vision. Millar believes there already exists many proven methods that can help cut miner’s energy consumption to under 40 per cent of their 2010 levels, an idea he has dubbed the “40 per cent mine.”

CIM: How did you start out in the mining business?

Millar: I was schooled in England. When I finished high school I went and worked in the South African gold mining industry for Anglo American. When I was done with that, I was certain I wanted to go into mining. So with the support of Anglo American, I went on to study mining at the Royal School of Mines in London [at Imperial College] in 1986.

CIM: So how did you end up at Laurentian University in Sudbury?

Millar: Just a couple of years after I began teaching at the Camborne School of Mines at the University of Exeter, I was asked to put forward my ideas for a new engineering program and I suggested renewable energy. And that took my life in a completely different direction for over a decade. I set up the world’s first engineering program in renewable energy and launched that in 2003.

Then, in 2009, out of the blue, somebody from Canada called me and said, “We see you’re doing renewable energy in a mining school, have you ever thought of putting these two together?” I said, “Yes, I’ve often thought about it, but I’ve never had any time to progress it.”

I came to Sudbury, I met the team at MIRARCO, I met the group at the Centre for Excellence in Mining Innovation (CEMI) and I came away from it just thinking what a brilliant set up they have here. This is absolutely the prime place to get into a detailed research program on energy in mining. So five and a half years ago I joined.

CIM: Let’s get right into your idea of the “40 per cent mine.” What does it mean?

Millar: The 40 per cent mine is shorthand for a vision: that we should be able to reduce energy consumption at a mine to 40 per cent of its current consumption value to lower costs, without penalizing production. We should also be able to roll that vision out across the whole Canadian mining sector by the year 2040. That’s down to 40 per cent for everyone by 2040.

CIM: Only about five per cent of Canadian underground mining production costs were from energy in 1961, why is it over 15 per cent now?

Millar: Over that period of time, there has been more diesel used in the mines and more mechanization.

What we think happened is this: if you use more diesel in a mine, you have to apply more ventilation energy to keep the contaminants below their threshold levels. And if you increase the ventilation energy, that should be seen as a commensurate increase in electricity consumption. [But] while the diesel consumption has increased, the electricity has stayed pretty flat. What that suggests to us is that the various conservation measures that have been implemented in mines have basically allowed more diesel to be used in the operations. The electricity conservation measures have really been converted to enhancing mine production. For mining engineers, this is what they want.

CIM: And how does Canada compare to the rest of the world?

Millar: Canada and Australia are two of the most mechanized jurisdictions for underground mining. If you were to compare them to South Africa for example, where mining remains a very labour intensive process, the energy consumed per tonne would be a bit higher here than it is there.

CIM: So what can mine operators do to try and achieve the “40 per cent mine?”

Millar: The secret is a three-pronged approach. The first thing you do is eliminate waste. And it’s simple stuff first, like turning off the lights when you walk out the room at home. An equivalent in mining is ventilation on demand: turning off the air when there’s nobody at the heading.

The last stage that you can look at then is using renewable energy technologies, as they have done at Diavik mine in the Northwest Territories.

CIM: Do you have other examples where companies are making good strides to reduce energy consumption with technology?

Millar: One that really appeals to me is at Stobie mine, here in Sudbury. Generally, methane or propane is used to heat the air up in the winter in Canadian mines so that when the air goes into the mine, it goes in at a temperature above zero. If it goes in underground significantly below zero, any water it encounters turns into ice in the shaft, a real danger.

At Stobie mine, they don’t do that. Instead, in winter, they let water pumped up from the bottom of the shaft come in contact with the really cold fresh intake air. The water heats up the air, so it goes down at the right temperature. And in heating up the air, the water cools down, so much that it becomes snow. Later on in the year when the intake fresh air may be too warm, you can use that snow, by allowing it to melt, to create a refrigeration effect.

The thing is, simply as a heater it’s a great option for Canadian mines because it’s an air heater that doesn’t rely on the use of any fossil fuel. But as a heater and a refrigerator, it’s even better. We wonder why there aren’t more of them around. If you plan ahead, the capital cost of using a system like that is very low indeed.

CIM: Why are there so few adopters for technologies like that?

Millar: We don’t know, but we’re trying to promote it as a money saver for mines. We’ve got an Ultra Deep Mine Network project here at MIRARCO called “Wind-to-Ice” that has the objective of understanding what the barriers might be.

Millar: There are some game changing technologies on the horizon, but I believe that there are plenty of technologies right now, even proven for decades in mines, like the Stobie ice-stope air heater, that we should think about adopting. Not all the technologies apply to every mine, but when we have looked at individual mining operations, we have managed to draw upon the established technologies to reach our 40 per cent target.

Also, you can see in the data that where operations have had a conservation effort in play, it’s had an impact. So we think that the 40 per cent mine vision is not unrealistic at all. I’m pretty confident that it can be done wherever there is genuine desire to erode energy costs to enhance profitability.