Separating sciencesThe shift in universities from metallurgy programs to materials science and engineering, and what that means for the industry

The shift in universities from metallurgy programs to materials science and engineering, and what that means for the industry
By Peter Braul
June 21, 2016 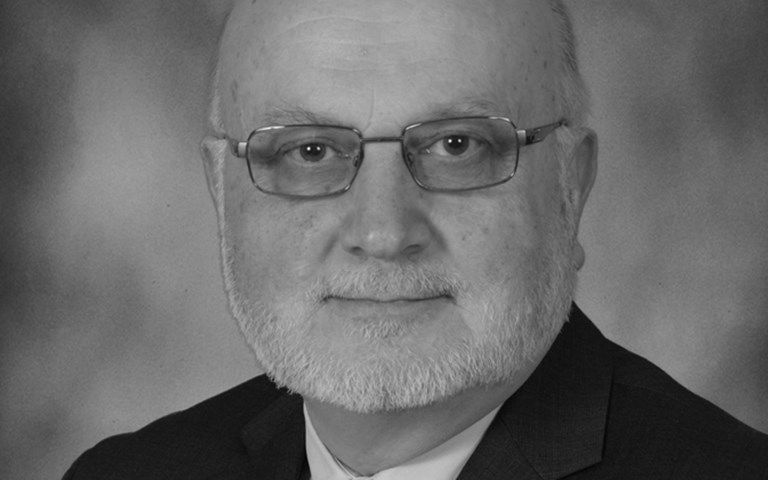 Grooming young materials engineers is becoming more challenging for George Demopoulos, chair of McGill’s department of mining and materials engineering. An academic veteran, he came to Canada from Greece well before university metallurgy programs were rebranded under the monikers of materials science and engineering. That transition, he has observed, is creating a divide between traditional metallurgical industry and the university programs of today. This can have a serious impact on the industry as schools emphasize scientific knowledge over applied processing fundamentals in an effort to broaden students’ education, depleting the pool of skills needed to operate complex metallurgical plants. The move away from metallurgy in schools, he states in a recent paper in Canadian Metallurgical Quarterly (Vol. 54, No. 2), means the mining industry is missing out on a chance to inspire the next generation. He argues for a more balanced and integrated educational approach between the fields of metallurgy and materials science and for more industrial R&D. CIM Magazine asked him for his perspective on the shift.

CIM: Why is metallurgy being dropped from the names of academic programs?

Demopoulos: The materials science and engineering paradigm started 30 years ago in American universities, when they realized that beyond metals are all kinds of other materials that we might use. There are a myriad of possible combinations of elements to create new materials, whereas the traditional metallurgical industry was more associated with large tonnage production of a single metal. The materials revolution happened because they saw all these possibilities of creating new materials for all kinds of exciting applications beyond the traditional ones derived from minerals. It’s a hot topic. This is a challenge but also an opportunity to bridge the “old” [metallurgy] with the “new” [materials science & engineering].

Demopoulos: Metallurgists are better if they can learn from materials scientists and vice versa. Traditionally, they don’t talk to each other enough – they live in the same house, but don’t communicate. These divisions are all a bit artificial.

CIM: Why is it a problem if programs continue to develop the way they have in the last 30 years?

Demopoulos: We don’t have metallurgical engineering programs anymore, so the students are less and less exposed to the study of metallurgical processes. But the industry is preoccupied with its own issues. In Canada we have lost a lot of corporate leadership, with the increase in foreign ownership and the closure of R&D departments and centres around the country. So we’re creating more of a gap between the university reality and the Canadian industrial reality.

CIM: Can you give me an example of where you learned something from materials science and were able to apply it to metallurgy?

Demopoulos: Ten years ago, when Xstrata was running a metallurgical complex in Timmins, they were using an autoclave process and they ran into big problems. In one end a slurry comes in – acid and minerals entering under pressure at 150 degrees Celsius – and it reacts, releasing the zinc. But the process went completely wrong when they tried to increase production capacity. Suddenly the autoclave filled up with crystals and the plant had to be shut down. We had to rely on new materials science techniques, among others, to understand what happened by identifying the nature of the crystals, thus solving the problem.

CIM: What is the role of companies in nurturing the next generation?

Demopoulos: Our program [at McGill] is a co-op program and we strive to find placements for students in the industry. We’ve analyzed the data on this and it’s clear that fewer and fewer students are employed in co-op positions at classical metallurgical operations. At the same time, we have a big growth in our enrollment. We want the industry to offer these jobs even when times are bad. When profits increase in this industry, companies reduce R&D spending and that’s not sustainable or inspirational for our young graduates. I want, personally, to see the industry investing more in programs like MITACS [a non-profit that connects students, companies and government funding]. Companies can influence the kind of research going on at universities by supporting graduate student training and hiring of professors in targeted strategic areas.

CIM: Where do you see instances of collaboration between materials science and metallurgical engineering for problem solving?

Demopoulos: I’m working with lithium-ion batteries, which is a totally new field for me outside of the metallurgical process. The work in that area is done mostly by chemists and physicists. Electric cars are very expensive because of the cost of the battery – just the battery for a Tesla is US$25,000. And when you make the material to build the battery, if you use some hydrometallurgical engineering concepts, you can produce it at a much lower cost. But if you are not careful, you won’t get the same quality product. The material scientists know about the qualities of the materials, and engineers know how to scale things up, but one does not have to be at the expense of the other. There are a lot of opportunities.

CIM: You have suggested starting a new program called materials process engineering. Why do these words matter, and what would that achieve?

Demopoulos: It’s like an insurance policy to make sure that as we move forward, with new colleagues, that processing is considered important. Academics can easily isolate themselves in pursuing their research ideas and we may shift too far towards the new things, towards the science end of the spectrum and away from the engineering. In many schools in the United States, the engineering part of materials science and engineering has shrunk quite a bit, and in England, some departments are just called “materials” now, avoiding engineering altogether. As engineers, we have to embrace science but not to lose sight of our identity.

CIM: How could the Canadian minerals industry be different in 10 years if things were to develop your way?

Demopoulos: I would hope to see a lot of small and medium-sized companies across Canada with innovative solutions and products using mineral processing and metallurgical processing ideas. That will have a positive influence on the economy and will also influence the big players. Right now I’m not optimistic that the big corporations will bring the change by themselves. We need to create some competition. Big companies will have to buy the cleaner tech that recovers more and generates less waste. The new generation of graduates needs to be given the tools to be able to embrace these new things.

CIM: The shift away from metallurgy programs is near and dear to your heart – why?

Demopoulos: I’ve been teaching and researching metallurgical processes since day one, and I have seen the evolution of the profession and the changes in industry. There’s a personal interest and also a responsibility as an academic leader to think about what you teach and why, and what you want your students to become. We’re all preoccupied with everyday deadlines and we don’t stop to reflect on the bigger picture. I’m dealing with students and, obviously, students are the future.