Ken Major has gotten his hands dirty in nearly every area of mineral processing
By Alexandra Lopez-Pacheco
March 14, 2014 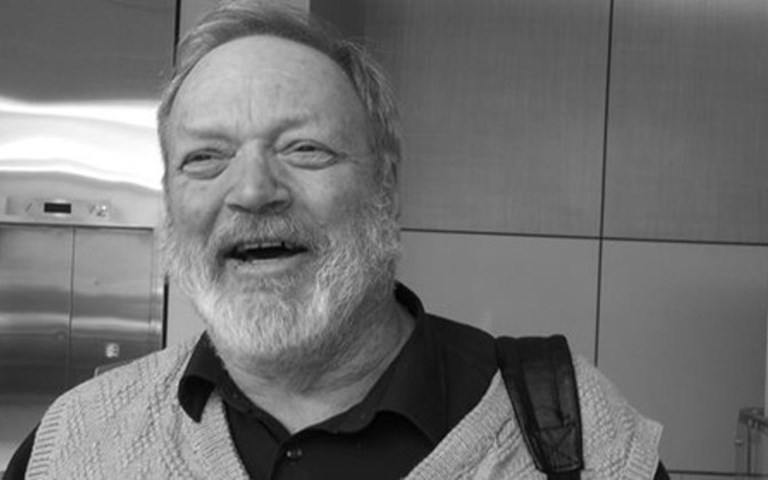 The way Ken Major sees it, by doing a little bit of everything you get to know a whole lot. He began his career in 1976, taking a position as engineer in training with Sherritt Gordon Mines after graduating with a bachelor’s degree in metallurgical engineering from McGill University. It was the first step in a 40-year life in mining that saw him co-found Rescan Engineering Ltd., an engineering company that subsequently became one of Hatch’s first external acquisitions in comminution and flotation processes expertise. After working for 13 years with Rescan and Hatch, Major left in 2006 to launch Vancouver-based KWM Consulting Inc., where he continues to lend his expertise to such major mining companies as Newmont Mining, Goldcorp and Agnico Eagle in everything from metallurgical test programs and flowsheets to design and optimization of grinding and crusher circuits. He has also published more than 20 technical papers throughout his career.

In January, at the 46th Canadian Mineral Processors Conference (CMP), Major was awarded the Art MacPherson Comminution Award in recognition of his outstanding contribution to the advancement of comminution. While proud of the illustrious accomplishment, he was quick to share the acclaim with the many strong teammates and mentors he has had over the course of his career.

CIM: How does it feel to have won the award?

Major: I’m thrilled to be in the company of all other people who have received it. I can think of others who deserve it and hopefully they will receive it in the future. I understand some of the sporting awards better than I can understand a peer recognition type of award. With a hockey award, there’s a total at the end of the day, so you just add it up and you have the winner. But I’ve been involved in presenting a couple of the CMP awards in the past, where I worked hard (to advocate for certain people) because I thought they really deserved it. So I know somebody has put in that effort for me and it is greatly appreciated. There was only one Art MacPherson, and I had the opportunity to talk with him on the phone when I was a younger engineer working on the first SAG Conference organizing committee and he was its honorary chairman.

CIM: Looking back, what have been your most important achievements in comminution?

Major: That’s difficult for me to answer. I think of myself as a generalist. I get involved on all sides of the process plant. With some people, I’m known more for grinding because I get involved in plant optimizations, but others know me more for flotation work. For me, [success] has been having the opportunities and a really good solid group of mentors – Garry Hughes, Eric Cunningham, Len Harris, Doug Knight – who worked with me and allowed me to do some inventive thinking.

CIM: Has that generalist approach helped you when confronted with comminution challenges?

Major: Absolutely. My plant operations experience allowed me to work with layout people and present ideas to them for how to put circuits together. Without that experience, it’s very difficult to be successful. Your success is based on the people you’ve had an opportunity to work with, whether it is the layout people, mechanical people, or operators.

CIM: What has been the biggest problem area you’ve seen in comminution over the years?

Major: It’s convincing people what can be made to work.

CIM: What are some examples?

Major: I think you see that in the history of the SAG mill grinding circuits. There were problems on the first few, but they showed the benefits after time and you can see the acceptance in the growth of the SAG Conference. Certainly grinding is a high-cost element, so the ability to reduce both your capital and operating costs is important. More and more of our process plants have to deal with low grades and some very high throughputs and those circuits are very complicated. Now, we’re doing pre-crushing. So we took crushers away and now we’re putting them back in because we’re finding areas where they provide an economic benefit to the process. What you’re able to do by putting in the crusher is increase your throughput at a relatively low capital cost while actually reducing your unit power requirements. Ores are getting harder, not just lower grade. That’s what we’re finding, and that’s what people are trying to find solutions for.

CIM: What do you anticipate to be some of the future challenges in comminution?

Major: Finding new inventors to replace retirees. People who realize not all the answers are there and are going to go out and look for better ways to approach things. Most of the guys who are doing this are older. I think there are some very good younger people out there who could grow into it but they’re hungry for other activities as well. There are a lot of career paths to pursue in the mining industry, many that pay better than being the inventor.

CIM: Are there effective succession strategies in place to deal with this?

Major: I think most companies have some sort of a strategy. When I came out of university and went out into the plant they put me in what was called an engineering training program. I gained experience in mill operations jobs. I worked as a mechanic and an instruments technician and as an electrician. With virtually anything that was involved with the mill, I got some hands-on training. It didn’t make me an expert in any of it, but it gave me background knowledge that provided me with a better understanding of what I was doing.

CIM: That seems to go against the current today. Everything is focused on specialization.

Major: A lot of our training now is also based on letting the computer do the thinking for us. People are using canned programs that other people have written for them while, in most cases, these are things they can put together themselves in their own spreadsheets. That way, they can get an assurance they understand what goes into it.

CIM: Do you think we are overly reliant on computers?

Major: Computers are very important. I own three of them, for repetitive calculations, report writing and storage. But I had an overseas trip once where I only had a calculator. We didn’t have computers available to us at the mine site, and I had to do calculations for the expansion of a grinding circuit. It took me three days to do my first set of calculations and I needed to look at alternative ones as well. I started to do the second set and I realized that it would be better to get back to the office to create a spreadsheet. The only way you can understand what it is you’re working with is to actually get your hands dirty and take a look at it, and grinding is no different. What happens when you increase or decrease the steel load? What happens if the speed of the mill changes? Where can you get advantages? You can do all of that by computer, but sometimes you have to just do it by hand to get a better understanding.

CIM: What are your plans for the future?

Major: I’m going to do what I said I was going to do six years ago, which is semi-retire. I define semi-retirement as you get up in the morning and if it’s raining, you get the computer out and work. If it’s sunny, you go to the golf course. I cut back on my client load last year to reduce my workload but then I ended up working on a mine site in Arizona the first week of this year and Mexico the second week.