Clothing as cultureCovergalls founder Alicia Woods wants women to feel they belong in the industry. Part of our We Are Mining series

Covergalls founder Alicia Woods wants women to feel they belong in the industry. Part of our We Are Mining series
By Sahar Fatima
April 04, 2018 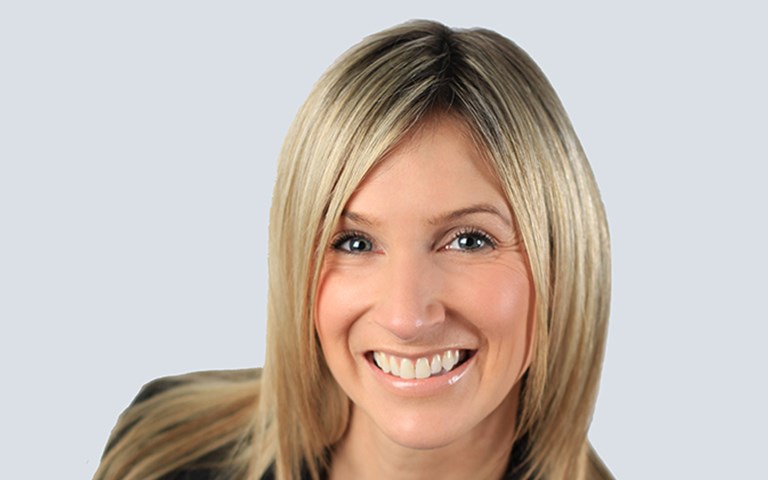 “If you're wearing clothing that is designed and made for you, you actually feel like you're part of that industry," says Covergalls founder Alicia Woods. Fuel Multimedia

The moment Alicia Woods had been avoiding for her 10 years in the mining industry was finally upon her. She was underground and she had to use the bathroom.

Her protective coveralls, designed for male bodies, made the task so unpleasant and cumbersome that for a decade, she drank nothing on days she knew she had to go down into a mine. That day in 2011, Woods, then an account manager at MacLean Engineering, had been working at a dry and dusty Saskatchewan site, chugging water like someone with access to more than a doorless porta-potty.

“You have to take everything off, it’s a nightmare,” said Woods, now general manager at Marcotte Mining Machinery Services. She’d tried for years to find women’s coveralls but all that was available was a men’s size small. “I came home and said, ‘That’s it. I’m making my own pair.’”

Her experience, shared by many other women in the traditionally male-dominated mining industry, led Woods to create Covergalls, which makes personal protective gear designed specifically for women. They feature a rear trapdoor for easier bathroom breaks and, without extra material hanging in the crotch and armpits, they’re much safer for women to wear on-site in multiple industries. Since it publicly launched in 2014, Covergalls has expanded into an online store and is worn by female workers at Vale, Goldcorp, BC Hydro, New Gold and more.

“Women actually feel now that they’re included,” Woods said. “If you're wearing clothing that is designed and made for you, you actually feel like you're part of that industry. We've been working so hard to diversify our workforce yet we're still making women wear men’s workwear.”

Covergalls began with Woods taking her men’s size small coveralls to a local seamstress and showing the result to a few female colleagues. “Immediately, the reaction was, ‘Can you make me a pair?’” she said.

She produced a few more for women to try and then got Vale to do a nearly yearlong trial run for about half a dozen female workers. With some modifications along the way, Vale approved Covergalls for use, giving Woods the fuel she needed to go to market. She publicly launched the company on Dragon’s Den in October 2014, where she secured the backing of business tycoon Michael Wekerle. Woods returned to the show in the season finale featuring Vale’s trial run and seal of approval, which further impressed Wekerle, boosted sales and “gave us unexpected exposure to many industries, new distributors and major customers,” Woods said. 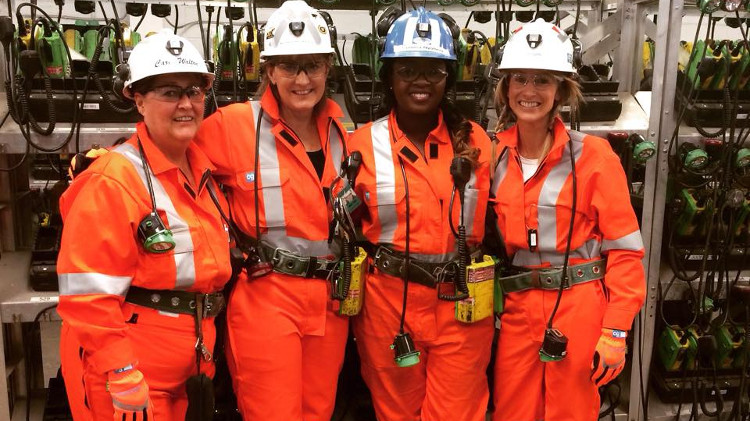 Now, “it’s almost like we’re doubling every year,” said Woods, who did not discuss numbers as Covergalls is a private company. “I love my role with Marcotte and Covergalls and l have strong teams and an incredible support system surrounding me, so I plan on continuing with both.”

That’s when Woods reached out and told them about Covergalls.

“It’s been very positive for our female workers that use that style of garment,” Duffy said. “We got them involved in the process to help us make sure that what we were getting them was the right PPE and it fit properly and it was designed for them.”

Vale formally rolled out Covergalls for its workforce in late 2015 to early 2016, following the trial run.

“It’s part of our commitment to our workers to provide them with what’s required to do their job safely,” Duffy said.

Related: at a time when we have never been more monitored, increased data collection may be the key to the next level of workplace safety

Woods said feedback from women has confirmed what she already knew was so important. One story that stuck with her was of three young female workers with the Ontario government who were asked to wear protective gear while touring the Northern Centre for Advanced Technology safety training centre in Sudbury. The young women were given coveralls donated by Woods’ company.

“They said up until that moment, they didn’t feel like they were meant to be there. But the second they put on garments that were actually made for them, that fit them well, in which they felt comfortable and safe, they immediately felt that they were supposed to be there that day,” Woods said, adding that they made a special trip to a talk she was giving just to tell her.

Making women feel included and attracted to the mining industry is something Woods hopes to work on even in her daily working life as GM at Marcotte.

“When females see other females in these roles, it makes them think that they could be that one day. It's something to look forward to and kind of builds that confidence,” Woods said.

Marcotte, which designs and manufactures underground mining equipment, was started in 1979 by Woods’ grandfather, father and uncle. Her father, Paul Marcotte, became president of the company shortly before his death in 1992, when Woods was just 13, and she always dreamed of filling his shoes one day. She started working part time at the company in 2000, doing administrative tasks while going to night school to eventually become a teacher, but just three weeks later she was asked to join full time, and worked her way up from there.

“I knew I had to work three times as hard, being a woman, but I think once I proved myself, you kind of gain the respect of your colleagues,” Woods said, adding that Marcotte has been a supportive environment for women like herself.

Now, Woods is trying to share the support, focusing on educating people and companies on why it is important to have women’s coveralls for safety and inclusion.

“The mining industry offers so many opportunities. So to make women feel a part of it is exciting,” Woods said. “We want to look to attract and retain more women and this is just one of the steps to get there.”