How universities are trying to reinvent mining education to meet tomorrow's needs
By Alexandra Lopez-Pacheco
May 13, 2019 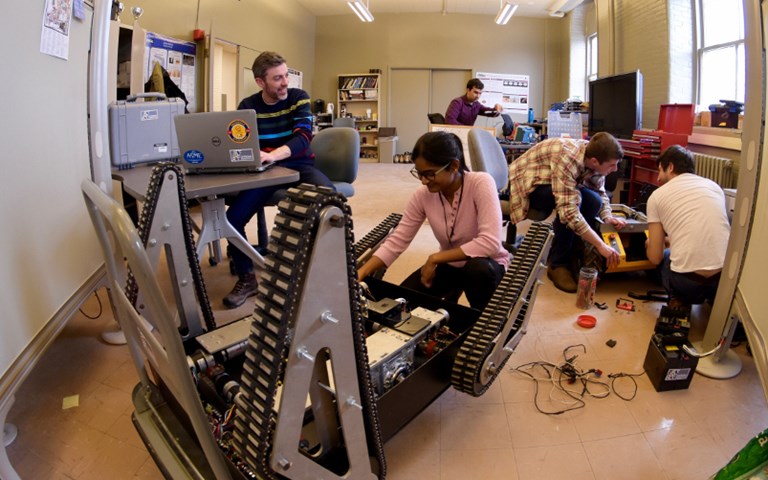 Over the last five years, the department of engineering at the University of British Columbia has been hiring young professors and researchers who specialize in new technologies. “We have Ilija Miskovic, who is heavily into big data and artificial intelligence, Sanja Miskovic, who uses data to help take mineral processing to the next stage, and Ali Madiseh, whose research area is in mine energy systems, which is very cutting edge,” said Malcolm MacLachlan, program manager at the university’s Norman B. Keevil Institute of Mining Engineering. “We also have a lot more courses being developed in these new areas. We have a data mining course. We have an automation course adjusted to what happens now and in the future. Heck, we’ve got a component of our 4th year capstone course that features mining on the moon.”

Meanwhile, Queen’s University has been developing “real and technically rigorous education for new mining engineers in the fields of mining automation and robotics,” said Joshua Marshall, an associate professor at the university’s Robert M. Buchan Department of Mining and lead at Offroad Robotics, a multidisciplinary engineering research group whose recent research projects working with the mining industry include robotic excavation and remote operator-assist systems. Queen’s also offers a graduate-level course on the fundamentals that automation engineers need to model and design next-generation autonomous mining vehicles.

But the mining industry will require more than just mining engineers. To succeed in a more digital and automated environment, companies will require mining and mineral processing engineers who can leverage their knowledge of artificial intelligence and machine learning with a holistic mine-to-mill approach to processing. Back in 2006, when Memorial

University’s department of process engineering launched its first undergraduate program, it did so with a heavy focus on information analysis. The department has been implanting new digitalization technologies across its courses ever since, said Faisal Khan, the department’s head. “The challenge is to provide the students today with the needs of the mining industry in five to ten years,” he said. “So we have researchers in our team focused on data mining and digitalization and the digital twin process specifically for mineral processing.”

To meet that challenge, universities are engaging with industry to get its feedback on trends and skills gaps. “We have the advantage that Sudbury is a mining centre,” said Nicole Tardif, program coordinator for Laurentian University’s Goodman School of Mines. “So our professors relate closely with industry.”

While that keeps the school in the loop, Laurentian also digs deeper with its own research. Tardif recently surveyed more than 350 engineers, geologists, environmental scientists and managers working in mining on which area they would like to receive more training. Surprisingly, the top area had nothing to do with technology or digitalization. Instead, the professionals said they needed to learn more about the history and cultures of Indigenous people and how to work with them proactively. The school is now developing a course for its Career Path Mapping program for professionals. “At the same time, it’s going to also be available online to students at a discounted price and will fill the gaps for them before they get into the industry,” she said.

Mark Adams, Outotec’s regional manager for western Canada, said he believes the industry has an important role to play in all this. He sits on the Norman B. Keevil industry advisory committee, which informs UBC on trends and gaps from an industry perspective. “Right now, the industry wants to know how to use data to be more productive and efficient, and how we can use connectivity to deal with the shortages of people working in remote areas,” said Adams. “So we’re seeing a lot around how to apply these technologies to do things more remotely.”

Research partnerships between mining companies and universities have played a critical role for universities such as Queen’s in closing the gap between industry and education. “Industry itself needs to recognize that it cannot rely on universities alone to foster this change,” said Marshall. “It needs to step up, participate in, and financially support university R&D that educates and attracts these students to the challenges of applying these new technologies in mining.”

“In my view, the biggest challenge is one of disciplinary barriers,” said Marshall. “Mining tends to be a conservative industry and one that repeatedly believes that it can do it all itself.” To break those barriers, Queen’s has opened up its robotics courses to non-mining engineers. “We have seen mechanical, electrical, and computer engineers trained in the unique challenges and interesting opportunities for the application of advanced technologies in mining,” said Marshall.

At UBC, walls are also coming down. “Mining is a very cross-disciplinary industry so we do try to break out of the traditional university silos and develop relationships across engineering, with sciences and with the arts,” said MacLachlan, citing the example of one of his department’s professors, Nadja Kunz, an engineer whose research focuses on sustainable water management in mining and works for both the arts faculty doing policy research and the mining engineering department.

Digital and autonomous technologies are important, said MacLachlan, but his department keeps an eye on the big picture and trains for the diversity of expertise the industry will need. “There are many other areas that are part of the change toward the future within the industry. Water is one of them,” he said.

Another area is the interface between humans and robots, said Greg Jamieson, a professor in the University of Toronto’s department of mechanical and industrial engineering who heads U of T’s Cognitive Engineering Laboratory, which conducts research through the lens of human factors engineering (the discipline that studies the interaction between people and technology). His course, which teaches students to anticipate and design for the impact of new technologies on the humans who interact with them, can be taken by the university’s mining engineering students as an elective. “Human factors engineering offers mining engineers a new perspective in thinking about the engineering work and problem solving,” he said. “And gives them the skillset to try to avoid a situation in which an automation deployment is unsuccessful due to how people interact with the technology.”

Students themselves, said Jamieson, have a role to play in the silo-breaking needed for innovation and transformation. “My advice to any engineering student now is to have the courage to take on something that’s slightly outside your expertise,” he said.

Revving up for more change

As the high-tech revolution in the mining industry accelerates, however, universities are revving up their efforts to understand what else they will need to do to prepare the next generation. Ray Gosine, a Memorial University professor of electrical and computer engineering, for example, is currently a visiting professor at U of T, where he is researching the impact of the rapid technological shift in the resource industries – including mining – at the university’s Munk School of Global Affairs and Public Policy’s Innovation Policy Lab. “The work involves taking a step back from the day-to-day technology development and trying to put it in a somewhat broader context to understand how it intersects with public policy,” he said. “I’m interested in what we need to do as universities to better prepare our undergraduate and post-graduate students for future careers in these industries, which, like all industries, are subject to changes due to digitalization.”

More change is also in the works at UBC’s engineering department, which is currently reviewing all its curricula. The process includes gathering feedback from industry and First Nation communities. “Then next year, we will take what we get out of that and begin a process of reworking our curriculum,” said MacLachlan.

At Queen’s, “we are in the midst of developing a new research institute called Ingenuity Labs that will focus on robotics, mechatronics, and AI, and applications in a variety of industries, including mining,” Marshall said. “Stay tuned for some exciting opportunities for students to access a broader range of experts in these fields, including mining students and related industries.”

Of course, most of the bright minds that have developed the transformative technologies began as students at a university. “From my perspective, universities have played a huge role in developing and prototyping the fundamental technologies that have formed the basis for the increasing levels of autonomy emerging in the mining industry,” said Marshall. “And through these university-based and collaborative research and development projects, we have trained significant numbers of highly qualified people who have become technology champions in the industry.” 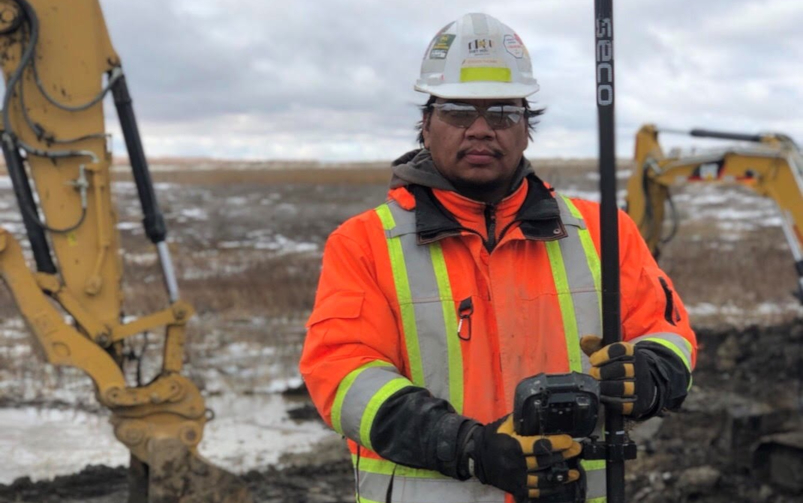 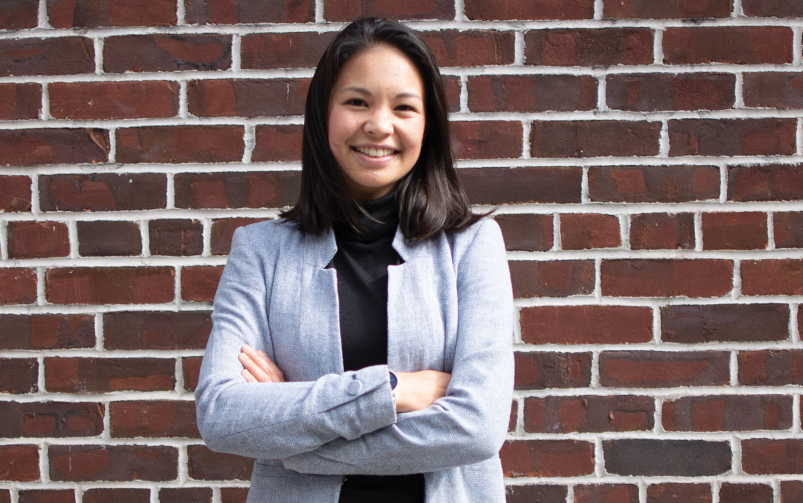