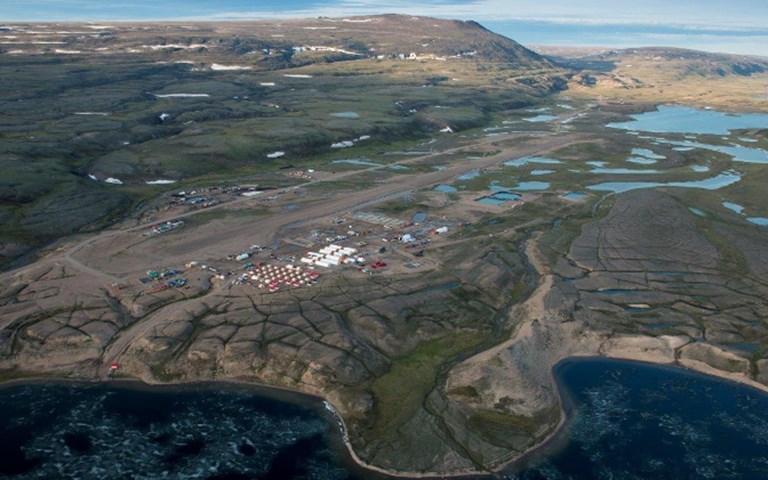 An Inuit land-claim organization released a full version of its impact and benefits agreement (IBA) with Baffinland Iron Mines for the Mary River project on May 20. The Qikiqtani Inuit Association (QIA) – which had previously published a partial version upon signing the agreement in 2013 – said it wants to be transparent with its members, some 14,000 Inuit who live in the Baffin Region of Nunavut.

The full agreement provides a rare look at the financial underpinnings of a modern-day IBA between a miner and a Canadian indigenous group.

Keeping IBAs private or partially redacted, however, may soon be a thing of the past. The Extractive Sector Transparency Measures Act (ESTMA) requires Canadian companies to divulge payments to foreign and domestic governments that exceed $100,000. In June 2017, the legislation will require the same disclosure of payments made to indigenous governments in Canada – a controversial requirement that has detractors from industry and indigenous groups alike.

The full version of the Mary River IBA shows Baffinland has paid the QIA $20 million in direct payments – $5 million upon signing the agreement, $5 million after Baffinland received its water license, and $10 million after construction began. The QIA will receive a 1.19 per cent royalty on net iron ore sales, and royalty payments will kick in once Baffinland begins producing at 60 per cent of the mine’s production capacity; the $20 million in direct payments will be subtracted from quarterly payments until they have been paid back in full.

Olayuk Akesuk, a community director with the QIA, said the association’s board of directors made the decision to release the full agreement. He said sharing those details publicly is important because “as representatives we need to make sure we are transparent with our people.”

The QIA represents 13 Inuit communities in the Baffin Region, and the IBA sets aside money for training, business development and personal and career counselling for them. Currently, around 18 per cent of the mine’s total work force is Inuit, Akesuk said. He expects that number to grow to 25 per cent by April 2017.

Hans Matthews, founder and CEO of the Canadian Aboriginal Minerals Association, has facilitated relations between mining companies and indigenous communities since the early 1990s. He said the revenue sharing component of the Mary River deal is part of an ongoing “evolution” in which Indigenous Peoples are gaining a greater say in what projects do and do not get off the ground.

He estimated there are some 300 IBAs between indigenous governments and resource companies in Canada, and is concerned that ESTMA, passed by the Conservative government in 2015, will jeopardize them.

The legislation, said Matthews, will make the financial details of the IBAs public. Companies may compare their deals to others, decide they are paying too much, and “take them off the shelf.” Or they may use previous agreements as benchmarks for negotiating new ones, which Matthews contended is unfair: each deal is completely different, both in terms of the impact of the project and the specific needs of the indigenous group involved.

“It shouldn’t be up to Ottawa. It should be up to the groups to negotiate the agreement,” said Matthews.

Sean Batise, who as executive director of the Wabun Tribal Council has experience negotiating IBAs, shared Matthews’ concerns and worried government will claw back funding to First Nations if it knows they are receiving substantial dividends from financial projects. Indigenous and Northern Affairs, he said, has been trying to factor funds from resource projects into its funding decisions for years. “We shouldn’t be penalized for being proactive.”

As for the premise of the legislation – that it will promote transparency – Batise disagreed. Indigenous groups already share the financial details of IBAs with their members, he said. “We’re transparent with the people we need to be transparent with.”

The Mining Association of Canada (MAC) also came out against that part of the legislation, with president and CEO Pierre Gratton telling Northern Ontario Business in June 2015, “[MAC] actually discussed with NGOs that very issue right at the beginning…and we all agreed that it was too complex and would require extensive consultation we don’t have the capacity to do.”

Some, however, say that mandatory disclosures would be a good development.

“We should publish what we pay,” said Louise Grondin, a senior vice-president of environment and sustainability at Agnico Eagle. “Everyone should know what mining companies are contributing. It’s a recognition that we’re contributing to the development of Nunavut, for instance.”

Grondin said Agnico Eagle, in its initial negotiations with the Kivalliq Inuit Association, insisted the financial details of the IBA for its Meliadine project be made public. “We wanted everything to be open and we insisted on it from the start. They accepted that a little bit reluctantly, because it was a first for them,” she said. “When it’s not out in the open it doesn’t help mining companies. You don’t know what to expect.”

Larry Chartrand, a professor at the University of Ottawa who specializes in aboriginal law, said he is in favor of the legislation. He said publicly disclosing financial deals could serve as a guard against corruption – a problem in indigenous and non-indigenous governments alike.

Chartrand said he is confident Canada’s new government would not react with claw-backs. “Under the previous government I’d give that idea more weight,” he said. “But this Liberal government is well aware of the high financial costs needed to bring First Nations on par with non-indigenous communities, and they know they can’t afford to do that with only transfer payments.”