Greater board diversity reduces risk of environmental lawsuits, Australian researcher findsDespite benefits of increased board diversity, appointing more women has been a “glacial” process in Canada, experts say. Part of our We Are Mining series

Despite benefits of increased board diversity, appointing more women has been a “glacial” process in Canada, experts say. Part of our We Are Mining series
By Jax Jacobsen
November 22, 2018 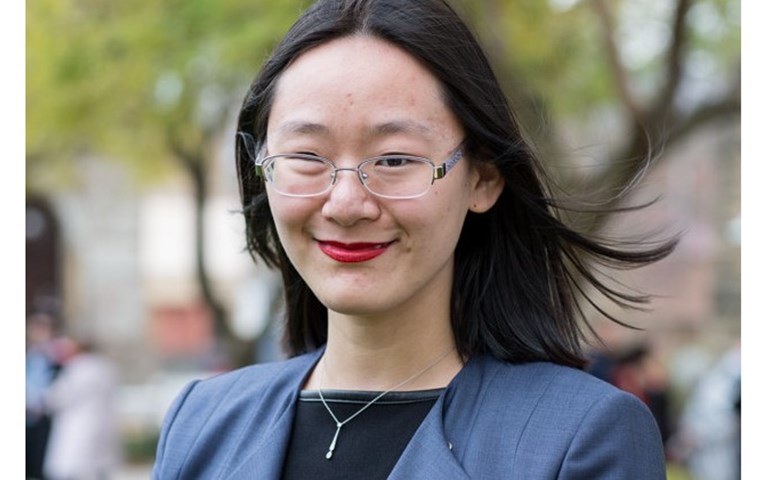 An Australian researcher has identified a secret weapon for companies looking to limit their exposure to environmental lawsuits: appoint more women to the board.

“Firms with greater female representation on their boards experience fewer environmental lawsuits,” Chelsea Liu from Australia’s Adelaide Business School at Adelaide University concluded in an academic paper, released in August. She says it is the first study of its kind to show that firms with greater gender diversity are faced with fewer environmental legal challenges. Female directors on company boards could signal to investors that their firms are environmentally conscious, she added.

The study examined 1,893 environmental lawsuits against S&P 1500 listed companies in the United States between 2000 and 2015 in an attempt to understand whether the gender makeup of company boards had an impact on companies’ environmental practices, for which lawsuits are counted as the most direct proxy for misconduct. The study found that for every additional woman added to a company’s board, that company saw an average 1.5 per cent reduction in litigation risk. Liu has also adjusted for industry variations, and has concluded that “the significant relationship between board gender diversity and environmental lawsuits is not driven by industry variations.”

There are more benefits to increasing gender diversity on boards than diminishing risk of environmental lawsuits, said Rahul Bhardwaj, the CEO of the Institute of Corporate Directors.

“One of the great threats to good [corporate] governance is groupthink,” he said, adding that boards composed of individuals with the same gender, educational backgrounds, and socioeconomic positions create risks for their companies by failing to consider other perspectives and adopting innovative approaches to challenges.

Canada is making progress on this front, Bhardwaj said, though it still has substantial room for improvement. About 20.5 per cent of Canadian board seats are held by women, according to Deloitte’s 2017 Women in the Boardroom report. Deloitte found Canada to be ahead of the U.S. on this measure, but behind countries such as Israel and South Africa.

But there is “momentum” with more and more companies accepting that gender diversity on boards is good, Bhardwaj said.

While Canada has no country-wide gender quotas for board composition, there have been several initiatives by different governments to increase gender diversity. In 2015, the Ontario Securities Commission ordered companies to disclose annually the number of women on their boards and in executive positions, also known as the “comply or explain” rule. However, this measure has had a limited impact; according to one measure, the percentage of women on boards of Toronto Stock Exchange-listed companies increased by only three per cent, to 14 per cent over the three years since the measure was imposed.

In January 2017, Alberta became the latest Canadian jurisdiction to impose a comply or explain rule, which applies to non-venture reporting issuers, or companies that are not listed on the TSX or other major marketplaces.

In May, the federal government adopted amendments to the Canada Business Corporations Act that would require public companies incorporated under that statute to disclose diversity-related information to their shareholders on an annual basis. Though the regulations have yet to be adopted, they are expected to require disclosure of gender diversity on boards.

Even with these measures in place and business leaders increasingly adopting the view that diversity is better for company performance, changes to board composition have been slow.

The movement to more gender-diverse boards in Canada has been “glacial,” Canadian Centre for Diversity and Inclusion senior director Cathy Gallagher-Louisy said.

“It would take 85 more years to achieve parity at the current rate of change,” she added.

The mining sector is among the industries faring the worst, along with oil and gas, when it comes to even having a policy on expanding diversity within its board.

The industry is also lagging at adopting term limits for board members, which Gallagher-Louisy maintains is one of the easier ways to attract more diverse candidates to boards. With term limits, seats on the board become open more frequently and increase the board’s opportunities to diversify, she said.

Of companies operating in the mining, oil, and gas sectors, “half say they don’t have term limits and don’t intend to adopt them,” Gallagher-Louisy said.

Board limits “balance the needs for fresh thinking with continuity,” Kinross’s manager of corporate communications, Samantha Sheffield, told CIM Magazine. “We have achieved our target of 33 per cent women board members, and have demonstrated our support for diversity by becoming a signatory to the 30% Club, an organization dedicated to improving board gender diversity.”

But other mining companies have compelling reasons for maintaining boards without term limits.

“Limits on tenure discount the value of experience and continuity of board members, and risk excluding potentially valuable members of the board as a result of an arbitrary determination,” said Virginia Morgan, Capstone Mining’s manager of investor relations and external communications. Of Capstone’s seven independent directors, one, or 14.3 per cent, is a woman.

Teck Resources echoes Capstone’s focus on “continuity” as a reason for allowing board members to seek an unlimited number of terms. “A balance between long tenure, familiarity with the corporation’s business and long-term perspective on the industry and fresh perspective is essential for effective governance,” it said in its management proxy circular.

But companies may be able to improve gender diversity even without adopting term limits for board members.

Even with term limits, Teck has one of the highest percentage of women on its board in the sector. Of 13 independent board members, four, or 30.8 per cent, are women. This may be due to Teck’s specific requirements for board recruiters to consider gender diversity and other diversity criteria when putting forward candidates.