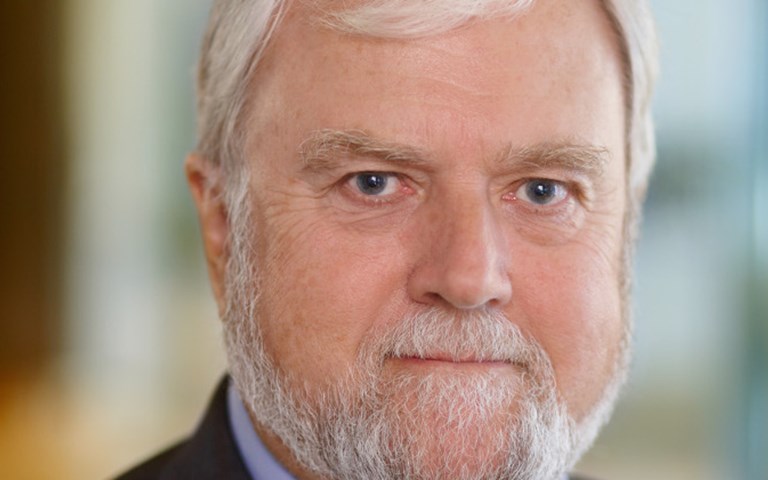 Having a diamond industry with Canadian influence "may not have happened if it hadn't been for Bob," Gannicott's former business partner, Grenville Thomas, reflected. Courtesy of Dominion Diamond Corp.

It is possible that without Robert Gannicott, Canada’s diamond mining industry – now the third largest in the world – may have had no major Canadian players. A geologist and former CEO of Dominion Diamond, Gannicott passed away in the United Kingdom on August 4 at age 69 after a two-year battle with leukemia, with his partner, Geraldine Peacock, at his side.

His influence was instrumental in keeping Dominion – a junior company known as Aber Resources at the time of the ground-breaking Diavik mine discovery in 1994 – a Canadian-owned company.

“[He was] savvy enough to make sure that Aber didn’t get swallowed up,” said Eira Thomas, a geologist and daughter of Grenville Thomas, Aber’s founder and Gannicott’s long-time business partner.

Born in England in 1947, Gannicott moved to Canada in 1967, settling in Yellowknife where he worked in a gold mine. He completed a degree in geology at the University of Ottawa in 1975.

An out-of-the-box thinker, some of Gannicott’s decisions in the 16 years he helmed Dominion, from 1999 to 2015, could be seen as controversial, like the acquisition of American jeweller Harry Winston in 2004.

The eventual sale of Harry Winston enabled Dominion to buy out BHP Billiton’s stake in the Ekati diamond mine in 2013 for half a billion dollars. It was the first time a Canadian company owned a majority share of a Canadian diamond mine.

“The price was right, and then we were able to sell it on for a lot more than he paid for it,” said Grenville. “Now, maybe that was fortuitous, but that's what happened. And Bob was the one to do it.”

“We want to build something with lifetime and strength to actually be able to be a serious player, not just in the Northwest Territories but in the world diamond industry,” Gannicott told CBC in 2013.

Dominion’s influence has been felt strongly in the Northwest Territories’ economy and by northern peoples.

“Poorer regions were completely transformed,” said Eira. “[Gannicott and Grenville] made lots of money themselves but there was always an aspiration to do something good with that success.”

Much of Gannicott’s wealth will be left to charities benefiting people in the Northwest Territories, Bell confirmed.

Gannicott was devoted to the mines and the Northwest Territories until the very end, when he would hide his BlackBerry from hospital staff, Bell recalled. “He always had time for family, but certainly also for those he knew from work and his friends. He was very committed to this cause.”

“We created Canada's own diamond industry which may not have happened if it hadn't been for Bob,” Grenville reflected. “So we have Bob to thank for that. He was a great man.”