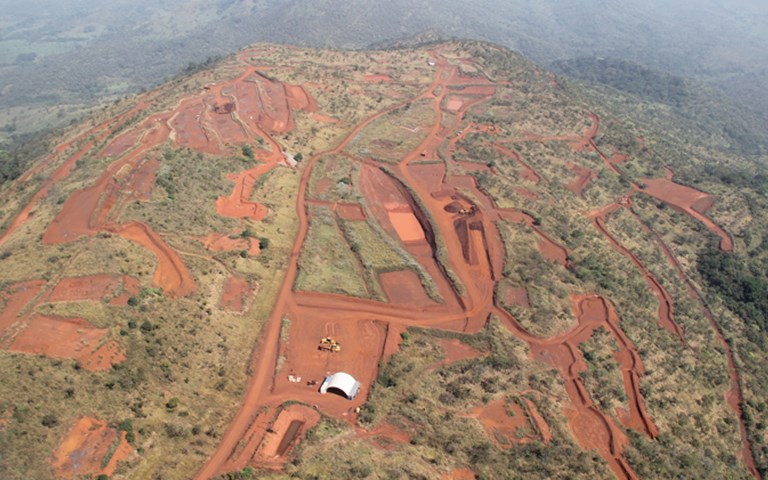 Rio Tinto sold its 46.6 per cent stake in Simandou in October 2016 to Chinese company Chinalco for up to US$1.3 billion. Courtesy of Rio Tinto

Rio Tinto fired a top executive over a questionable multimillion-dollar payment made to a consultant in connection with the company’s stake in the Simandou iron ore project in Guinea.

The U.K.-based mining giant terminated the contract of energy and minerals chief executive Alan Davies in November after conducting an internal investigation into US$10.5 million paid to François de Combret in 2011 for his “advisory services” on what is considered one of the largest undeveloped high-grade iron ore deposits in the world. That was the year Rio Tinto signed a major agreement with the Guinean government securing its claim to the southern portion of Simandou, a project it has since abandoned.

Rio Tinto’s legal and regulatory affairs group executive Debra Valentine, who had planned to retire next May, also stepped down in connection with the scandal.

The company stated in November it had handed the case over to authorities in the U.K., U.S., and Australia, after finding email evidence of the payment last August.

“The board concluded that the executives failed to maintain the standards expected of them under our global code of conduct,” Rio Tinto said.

Davies, who had accountability over the Simandou project in 2011, released his own statement vowing to take “the strongest possible legal action” and saying his dismissal was groundless.

“Rio Tinto has made no effort to abide by due process or to respect my rights as an employee and it has given me no opportunity to answer any allegations,” he said, adding that he was not aware of Rio Tinto’s internal investigation report and had not been given evidence of why he was fired.

The Financial Times reported that lawyers working for Rio Tinto found the emails more than a year ago, and that the correspondence involved Davies discussing the payment to De Combret with then-CEO Tom Albanese and Sam Walsh, then the head of the iron ore group, who succeeded Albanese as CEO in 2013.

De Combret, a high-ranking French banker formerly with the asset management firm Lazard, was reportedly “close” with Guinean president Alpha Condé, according to the controversial emails seen by the Financial Times and the Wall Street Journal.

Simandou’s contentious history goes back to 2008, when the Guinean government transferred rights of the northern portion of the project from Rio Tinto to BSG Resources (BSGR), a natural resources and power company based in Guernsey, Channel Islands.

BSGR was subsequently stripped of those rights by a new government under President Alpha Condé, who alleged they were obtained fraudulently. Rio Tinto then launched a racketeering lawsuit against BSGR and its Simandou partner Vale in 2014, alleging the companies conspired to steal the resource from Rio Tinto. A judge threw out the case for passing the statute of limitations, and BSGR and Vale have always maintained their innocence.

Rio Tinto sold its 46.6 per cent stake in Simandou in October 2016 to Chinese company Chinalco for up to US$1.3 billion.

After this latest controversy over Simandou, Bloomberg obtained an internal memo sent to company employees by CEO Jean-Sebastien Jacques. “Many people across Rio Tinto are still shell-shocked,” he wrote. “The day I was made aware of a potential issue we launched an investigation. It wasn’t a decision we took lightly. We will fully cooperate with the authorities. Their investigations may take several years.”

Davies has been replaced by Bold Bataar, who has held senior roles after joining Rio Tinto in 2013. CFO Chris Lynch is taking over Valentine’s job temporarily and Rio Tinto has started recruiting for her replacement.

Meanwhile, L.A.-based Goldberg Law PC, which specializes in shareholder rights and class actions, announced it is investigating Rio Tinto for “possible violations of federal securities laws” after its shares fell following news of the scandal.