A fair shake at justiceB.C. court sides with Guatemalan protesters in jurisdiction dispute with Tahoe Resources 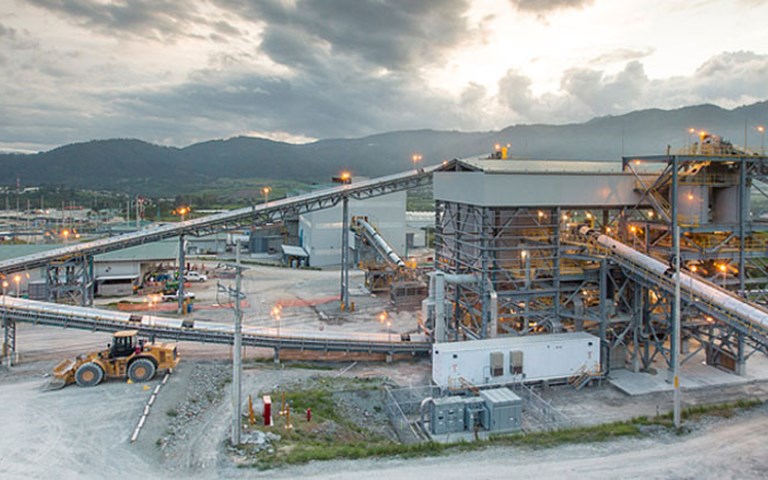 In 2013 seven local men joined a protest outside of Tahoe’s Escobal mine in Guatemala (pictured), where they say they were shot at close range by security guards. Courtesy of Tahoe Resources

A British Columbia appeals court ruled Guatemalan protesters who say they were shot at by Tahoe Resources’ private security guards can proceed with their lawsuit against the miner in Canadian court.

The ruling, which reverses a B.C. Supreme Court decision that sided with Tahoe, is significant because it shows the Canadian courts’ willingness to consider the risk of an unfair trial before passing off a case to a foreign jurisdiction.

“It’s a really strong endorsement that access to justice matters,” said lawyer Joe Fiorante, who is representing the seven Guatemalan men. “That had not been expressly considered as a factor by any appellate court before this.”

The ruling is one of three recent cases in which Canadian courts have elected to keep jurisdiction over allegations involving Canadian mining companies’ actions abroad. The decisions have caught the attention of human rights activists in developing countries looking for the best avenues to get justice, as well as signalled to companies that if they fall short on corporate social responsibility overseas, they could still be held accountable at home.

Tahoe plans to defend itself regardless of where the case is heard. But spokesperson Mark Utting said the company still believes the case is better suited to a Guatemalan court, and is considering whether to appeal the decision. “It’s where the mine is, it’s where the events were and the people are from Guatemala,” Utting said.

The case revolves around an April 27, 2013 incident in which seven local men, mostly farmers, concerned about water consumption and possible contamination, joined a “peaceful protest” outside the Escobal silver mine, which is operated by Minera San Rafael, a wholly owned subsidiary of Tahoe. A statement of claim filed in 2014 alleges the men were shot at close range by security guards and suffered “serious injuries, including wounds to their backs, faces, feet and legs.”

The protesters allege the shooting was planned, ordered and directed by Tahoe’s Guatemala security manager Alberto Rotondo Dall’orso, who faces criminal charges in Guatemala but fled to his native Peru. He was caught by police and now faces extradition to Guatemala.

The B.C. Court of Appeal agreed with the protesters’ lawyers that Guatemala was not the best place for the civil case to proceed because of three reasons: the statute of limitations had expired in Guatemala; under the Guatemalan system, the plaintiffs would not have access to Tahoe’s internal documents that could show decisions and policies surrounding private security at Escobal; and Guatemala does not have structures in place to ensure judges are truly independent, and so there is a risk of an unfair trial in a case of farmers going up against a large corporation whose mine is backed by the government.

“In characterizing the appellants’ claim as a personal injury case, the (B.C. Supreme Court) judge was insufficiently attentive to the context in which the conflict arose,” Justice Nicole J. Garson wrote in her decision. “This claim is not akin to a traffic accident. Rather, it arose in a highly politicized environment surrounding the government’s permitting of a large foreign-owned mining operation in rural Guatemala.”

But now multiple cases are signalling a shift. Last year, a B.C. court ruled Eritrean workers who claimed Vancouver-based Nevsun Resources was complicit in the government’s use of slave labour could proceed with their lawsuit in Canada. Nevsun appealed that decision and the B.C. Court of Appeal will hear the case in September.

In Ontario, three lawsuits blaming HudBay Minerals for a killing, a shooting injury and gang rapes in Guatemala are moving to trial.

“This issue comes up more and more often,” said Justin Connidis, who teaches mining law and policy at Queen’s University. “Aggrieved parties (such as NGOs) are becoming more aware of their rights and the best ways to proceed.”

Workers or activists taking up claims against companies can be assured they will get a fair trial in Canada’s “independent, knowledgeable and skilled tribunal,” Connidis said.

“Canadian courts have this reputation, possibly more so than U.S. courts, which have elected judges and certainly more so than many countries with evolving legal and political systems.”

What Canadian companies should take away from this, Connidis said, is to make sure their operations fall in line with the United Nations Declaration on the Rights of Indigenous Peoples, which prohibits forcibly removing indigenous people from their land, among other provisions.

“In (developing) countries with governments of questionable integrity, it is not enough to rely on permissions granted by those governments if they are not in compliance with the UN Declaration,” he said.