BHP and Vale get extension on agreement with Brazilian prosecutors for Samarco settlement
By Elle Crosby
July 04, 2017 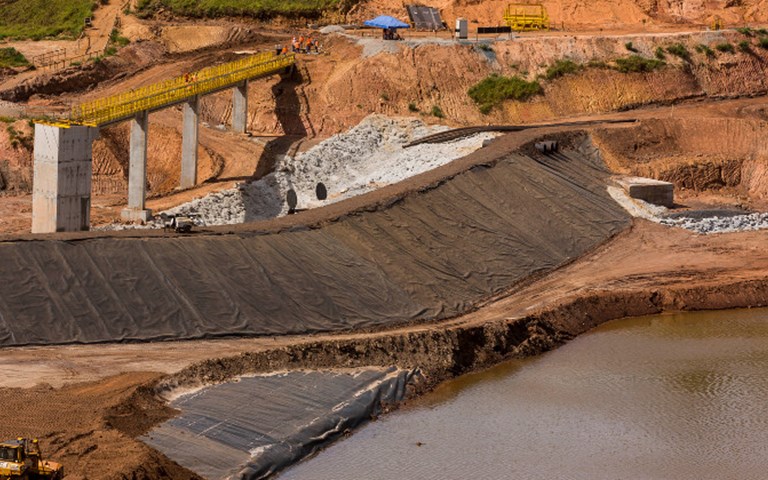 Construction of the new Santarem dam at BHP and Vale's joint venture Samarco is underway after the disastrous collapse of a previous dam in 2015. Courtesy of BHP

Brazilian prosecutors granted Samarco and its parent companies, BHP and Vale, a four-month extension on the preliminary agreement for multibillion-dollar civil claims related to the 2015 Fundão tailings dam failure.

The companies entered into a preliminary agreement with Brazil’s federal prosecutors’ office on January 18 that outlined the process and timeline for negotiation of a settlement of the US$47.5 billion and US$6.1 billion public civil claims relating to the dam failure. In a June 30 press release BHP announced the companies had until October 30 to continue working on the claims.

BHP said it will provide US$250 million in financial support to Samarco to aid in remediation. The funds will be drawn from a US$1.3 billion provision BHP took last year to cover the costs of the accident that killed 19 people.

The majority of the money – US$174 million – will go to the Renova Foundation and will be offset against the provision for the dam collapse. The world’s largest miner by revenue will make the remaining US$76 million available to Samarco for stabilization work as required.

The Renova Foundation was created by BHP and Vale and launched in August, 2016 with the aim of creating, managing and implementing environmental and socioeconomic programs to restore communities affected by the dam collapse.

Vale also announced on June 30 that it would make a US$76 million “short-term facility” available to Samarco “to support its operations in the second half of 2017.”

There has been no cash flow from the mine for nearly two years. In August, 2016, BHP reported a record loss of US$6.4 billion due to the dam collapse combined with a slump in commodity prices, and later that year Samarco failed to pay interest on a US$500-million bond.

BHP said it is “unlikely” Samarco will restart in 2017 due to the regulatory approvals and licenses that need to be obtained as well as the restructuring of Samarco’s US$3-billion debt.

Before the dam caused Brazil’s largest ever environmental disaster, Samarco was one of the world’s biggest producers of iron ore pellets, producing 30 million tonnes of iron ore a year.