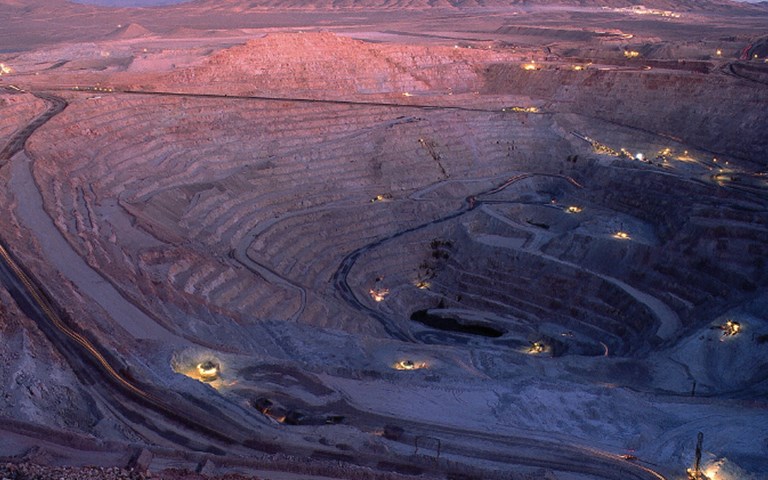 Operations at BHP’s Escondida mine halted for 43 days when 2,500 workers walked off the job to protest a new contract. Courtesy of BHP Billiton

It has been a turbulent year so far for copper miners, with labour unrest and government restrictions causing significant disruptions at the world’s largest sites.

In what is now the longest mining strike in Chilean history, 2,500 workers at BHP Billiton’s Escondida mine in the Atacama Desert halted operations for 43 days when they walked out from Feb. 9 to March 24 to protest a new contract that would see their working conditions and benefits change. The latest round of negotiations, on March 22, ended unsuccessfully, and the union chose to invoke a legal provision enabling it to extend the old contract by 18 months.

Escondida is the world’s largest copper mine and produced five per cent of the world’s copper in 2016. Erik Heimlich, copper consultant at CRU Group, estimates that “100,000 tonnes of production will be lost [at Escondida] this year,” providing that the situation is resolved, as he expects, by the end of March. While BHP did not comment, the union estimated BHP’s production losses to be worth around US$1 billion.

Meanwhile, copper production at the world’s second largest operation, Freeport-McMoRan’s Grasberg mine in Papua, Indonesia, is resuming in stages, according to a March 20 Reuters report. Production stopped on Feb. 11 after Freeport’s only domestic buyer halted operations due to a strike and the Indonesian government applied an export ban to copper concentrate. The government also wants Freeport to convert its current mining license to a different type of contract. Freeport has resisted the change, arguing that the new contract will not support the company’s long-term investment plans in the area.

Given its continued dispute with the government over its contract and the export ban, Freeport plans to suspend investments in Papua and reduce production at the mine by 60 per cent. In a statement on March 20, Freeport president and CEO Richard C. Adkerson said the company has not reached an agreement with the government despite “extensive efforts.” According to his estimates, each month of delay awaiting approval to export results in a loss of 32,000 tonnes of production.

Added to Freeport’s problems was a worker strike at its Cerro Verde copper mine. The Peruvian government declared the strike, which began March 10 and involved 1,300 workers, illegal, and granted Freeport the right to fire striking workers on March 24. But the union, to skirt the ruling, immediately ended its strike and began another. The union ended the three-week strike on March 30 and accepted Freeport’s offer of improved family benefits.

Given the government ruling, Heimlich does not believe the situation at Cerro Verde will impact global supply. However, he estimates that the combined effect of the stoppages at Grasberg and Escondida – which together account for eight per cent of global copper production – will reduce global production of copper by 250,000 tonnes this year. While he forecasts an oversupply of copper for 2017, it will now be “much smaller” than his original estimate of 320,000 tonnes.

Heimlich pointed out that the recent wave of labour unrest is tied to market conditions. “Labour disruptions related to strike and labour negotiations usually become livelier when prices and market conditions are improving,” he said. “Now that the situation has improved a bit, workers are more confident to increase their demands.” According to him, governments, too, are often emboldened by positive market conditions to make higher demands on mining companies.