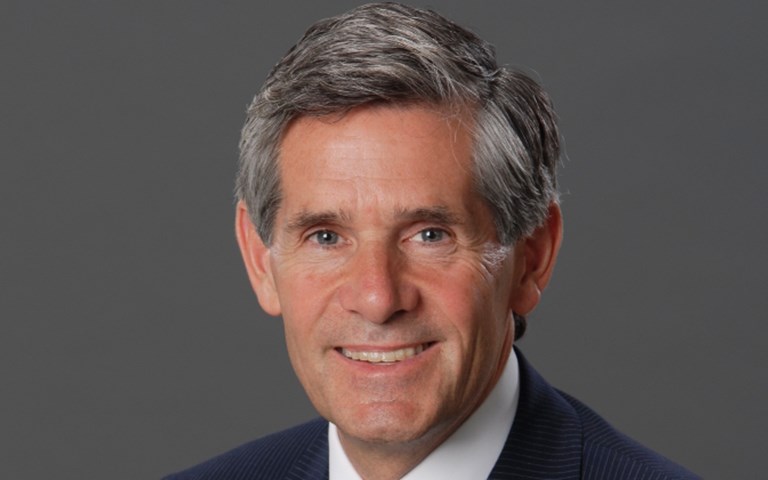 McEwen Mining now has the all-clear to start developing its Gold Bar project in Nevada. On Wednesday, the United States Environmental Protection Agency published a signed decision representing the final step in the permitting process for the project.

It has been an active year for McEwen. The company has taken big strides to develop its Gold Bar and Los Azules projects in the United States and Argentina, respectively, and made its first-ever foray into Canada with the acquisition of Lexam VG Gold, a junior miner with exploration-stage properties in the Timmins camp, in April, followed by its purchase of Primero Mining’s Black Fox complex in the same camp in August. The company’s buying spree, McEwen Mining CEO and chief owner Rob McEwen told Reuters on Tuesday, is part of its strategy to grow its market capitalization to $5 billion from just under $1 billion currently, in order to get a listing on the S&P 500.

McEwen spoke with CIM Magazine about the company’s exploration-stage projects, its Canadian investments and his thoughts on innovation in mining.

CIM: What does your timeline for Gold Bar look like?

McEwen: [Now that we have the permits], we’ll pause for a bit through parts of December, January and February, and start up again in March or April. But we hope to have a lot of the preliminary work done before the winter comes on us, maybe get some of the cement work done too. We hope to have a small amount of production at the end of next year, and in 2019 we expect to have a full year of production.

CIM: How will the Afgan-Kobeh oxide gold property play a role in Gold Bar?

McEwen: We’re drilling on Afgan-Kobeh, but really it’s a contiguous property and we think it will add some life to the main Gold Bar property.  It won’t play any role in the immediate future – it’s probably about six years out. As soon as we get the permit we’ll be drilling on the Gold Bar property looking for extensions of the mineralization we think exist. We think it will add at least one year of mine life, possibly two.

CIM: What interested McEwen in operating an old mine? Was the decision strategic or a coincidence?

McEwen: It was a property that was closed down, but there was a resource there. They defined a reserve that was economic with heap leaching. It’s in a prolific area in the Battle Mountain-Cortez trend, we thought there could be more gold there. The cost of bringing it back into production was less because there were haul roads and pits there, as well as power so your capex to get into an established mining district is lower.

CIM: What sorts of new innovations are expected at Gold Bar?

McEwen: We’ll be using drones during the construction phase to measure progress as well as in the mining phase to measure our rate of production. We keep looking both inside and outside the industry for ideas.

CIM: What current innovations in the mining industry are catching your attention?

McEwen: It’s the invasion in other industries by companies that suddenly appear that’s catching my attention. If you look at what companies like Amazon, Airbnb and Uber are doing, they’re crossing industry lines very quickly.

The cascading impact on all sorts of industries around the ones they’re moving into. I’m just waiting and wondering when we’re going to see outsiders moving into the mining industry and altering it in a similar fashion.

CIM: Have you seen any hints of that in the mining industry?

McEwen: It’s more just seeing that our industry is lagging, so it’s overdue for the arrival of such an event.

Data analytics will start altering the way we operate our mill, maybe the way we explore, maybe even the way we talk to the markets. Drones are becoming more commonplace in pits and underground doing volumetric measurements to figure out how much work’s been done in a day and letting you quickly adjust your database or your mine plan.

Personal devices that allow someone to know not only what vehicles are being used but what personnel are working are advancing safety and productivity.

I think you have to keep your eyes open and keep your head turning all around to see what innovations are happening. The attitude within the industry needs to become more embracing of new technology, more experimental.

CIM: With a mostly North American portfolio, what do you think of regulatory issues affecting mining resources in other countries? Does it affect McEwen's investment strategy at all?

McEwen: With our Black Fox purchase we’re now operating in four countries: Argentina, Canada, Mexico, and the United States. I think the taxation levels in Mexico are excessive and we’re not getting value for the dollars we’re paying the government. Argentina’s taking big steps to improve the environment for foreign investment in mineral exploration.

In America the permitting seems to be moving faster on the back of President Trump’s statement that he wants to reduce the amount of regulation and speed up the process of having capital investments. I think in Canada our government still doesn’t recognize the large contribution that the natural resource industry provides to support the Canadian society. Canada could do a much better job.

CIM: Taxes were a big part of the talks at the Canadian trade delegation visit to Mexico earlier this year; have you seen any movement or hints at change since then?

McEwen: No. Mining companies are getting ripped off in Mexico. They came along with an added levy of 7.5 per cent and it's not like you're getting value. You've got a criminal element that's very pervasive in the country, there's security issues for personnel. If the government's going to take more taxes they should be providing more services.

CIM: We reported earlier this year that funds from Mexico's Mining Fund, which comes from the taxes you mentioned, have been slow to get to local communities and it’s created some tension between miners and those communities. Has McEwen seen any of those problems at El Gallo?

McEwen: I'm not certain. I mean if the government's slow, the population looks to the businesses that are in their neighbourhood, especially if they're foreign, to make up the difference.

There's always demands for higher compensation, the currency has dropped relative to the dollar and people are looking for more from somewhere. It seems the foreign interests are the easiest place to grab it.

CIM: How do you feel Canada could do better on regulation?

McEwen: Elected officials should be embracing mining, and if they want to do that they should be speeding up the processing of applications, streamlining regulations in a way that's more efficient and doesn't take away any of the integrity of it. There are a number of areas where there are ambiguities and uncertainties and delays that shouldn't be there.

CIM: Why, then, did you decide to make acquisitions in Canada this year?

McEwen: Our acquisitions geographically diversified our production base and expanded our annual production. It increased our Measured and Indicated Resources by 126 per cent and it expanded next year’s production – it will be more than 20 per cent higher. The deals had a lot of positives and came at a very attractive price.

With Black Fox, the previous owner, Primero, had bought it in 2014 for $300 million. They put another $120 million in capex and exploration and we bought it for US$35 million.

What we saw there was a mill and tailings facility with excess capacity where we could process our Lexam ores. We saw a mine that next year is going to produce 50,000 ounces of gold, so it was adding production. It had a number of exploration properties and it was relatively shallow for the camp in terms of how deep they were mining at the Black Fox mine. So we have established a good base in Timmins with a number of very interesting exploration and development projects that we can feed into the mill.