Taseko argues two sections of the Act fall outside the powers of Parliament
By Kelsey Rolfe
April 03, 2017 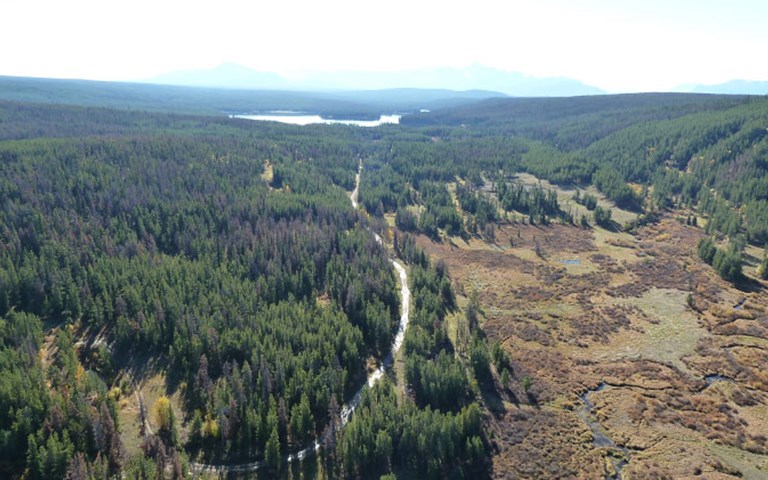 Taseko contends that Natural Resources Canada modeled the wrong tailings storage facility design in its submission to the CEAA panel on New Prosperity (site pictured above). Courtesy of Taseko Mines

In an effort to revive its New Prosperity project, Taseko Mines brought a constitutional challenge against the Canadian Environmental Assessment Act (CEAA) under which the project was evaluated.

In its applications for back-to-back judicial reviews of the decision to reject New Prosperity, which were heard in federal court in November and concluded in early February, Taseko argued that two sections of the Act fall outside of the powers of Parliament and should therefore have no effect.

What is at issue in the judicial reviews is “the principles of natural justice and administrative fairness, the duty to act in a procedurally fair manner,” said Brian Battison, Taseko’s vice-president of corporate affairs. “That was the duty that the federal government had, and that they failed to live up to.”

Within Section 5 of the Act, it says that environmental effects on Indigenous Peoples’ health and socio-economic conditions; physical and cultural heritage; use of land and resources for traditional purposes; and structures or sites with historical, archaeological, paleontological or architectural significance should be taken into account when evaluating a project.

The next section says that a project proponent may not carry out any part of their project “if that act or thing may cause an environmental effect” to any of the places, people and habitats listed in Section 5 (which also covers federal lands, and fish, aquatic species and bird habitats).

Taseko argued that the sections trample over the authority and discretion of the provincial government “even where the provincial Crown met its duty to consult with aboriginal peoples before approval was granted,” the company stated in court filings viewed by CIM Magazine.

The company argued that striking the sections would not infringe on the rights of indigenous groups, as consultation is a duty of both provincial and federal governments. However the Tsilhqot’in Nation, whose declared title land is close to the project, said in a press release that the constitutional challenge amounts to an argument that the Act “goes too far in protecting the interests of aboriginal peoples.”

Battison rejected that argument. “That’s not true at all,” he said. “We have never made that claim.”

The Tsilhqot’in went to court in late January to oppose the company’s attempt to save New Prosperity. In a press release they stated that the company “is attempting to further reduce the protection of our already gutted federal environmental laws, particularly as they apply to Aboriginal people.”

The federal government has already blocked the copper-gold project twice due to environmental concerns. The first time, in 2010, the CEAA panel rejected what was then the Prosperity project based on the use of Fish Lake for tailings storage. The second review considered a revised project, called New Prosperity, which planned to avoid the use of Fish Lake.

The company contends that, in its submission to the review panel for New Prosperity, Natural Resources Canada modeled the wrong tailings storage facility design, which did not take into account mitigation measures Taseko had included, leading to the minister’s decision that the project was not justifiable. Taseko asked to have the minister’s decision quashed, and the panel’s findings invalidated.

Taseko also took issue with a closed-door meeting held between the Tsilhqot’in National Government and the minister after the panel’s review had concluded, as well as the inclusion of a 59-page submission opposing the project included in the minister’s briefing notes on New Prosperity, which the company did not have the opportunity to review, nor to include its own follow up brief.

Taseko also filed a lawsuit against the federal government in B.C. Supreme Court last February, arguing the government and environment minister “failed to meet the legal duties that were owed to Taseko” in blocking New Prosperity. Battison said the civil claim, which is seeking unspecified damages, is still ongoing.