Supercluster focusing on natural resources, health and industrial sectors one of five to receive federal funding
By Jordan Faries
February 15, 2018 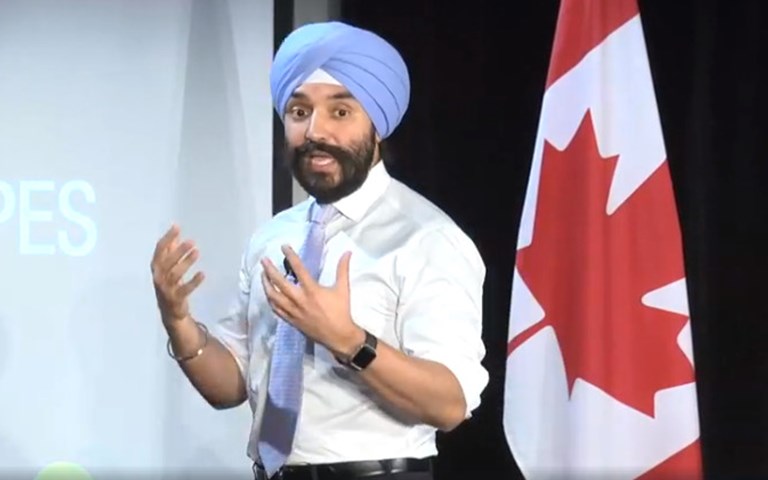 A supercluster that will provide digital technology solutions for the natural resources, health and industrial sectors was selected as one of five to receive federal funding on Thursday.

The British Columbia-based Digital Technology Supercluster is comprised of a consortium of 250 members, including Vancouver miner Teck Resources, TELUS, Microsoft, and all 25 B.C. post-secondary institutes. The group also includes research institutes and hospitals.

The supercluster focuses on connecting companies in each of its three main sectors to big data and digital technology companies and researchers at post-secondary institutions to help solve existing industry problems. “If we can bring together companies that build solutions that can solve sustainability issues we face in the natural resources world, we can advance those solutions faster,” Bill Tam, the supercluster’s co-chair, told CIM Magazine.

Greg Brouwer, Teck’s general manager of technology and innovation, said in a news release that the funding will “allow for further collaboration between the resource and tech sectors to unleash new innovation and address sustainability and productivity opportunities and challenges” in Canada and globally.

The broader aim, Tam said, is to create solutions that extend across Canada and to sectors other than the group’s initial three.

“The entire world is undergoing a digital revolution, and the transformation of businesses in the digital economy is going to impact every sector,” said Tam. “We think if you build tech platforms that serve the needs of those initial sectors, they can be broadly deployed across other industry sectors as well.”

The Canadian government has set aside up to $950 million to be spread across the five winning superclusters, with exact amounts still to be worked out. The digital technology consortium has already racked up more than $500 million in commitments from its member companies. Supercluster proposals were required to match any government funding they receive.

During Thursday’s announcement at the Canada Science and Technology Museum, economic development minister Navdeep Bains said all the winning superclusters took a “concerted effort” to developing a diversity strategy, which was an important component of the proposals. “It’s not only the right thing to do, it’s good for the bottom line and it’s the essential ingredient when it comes to innovation.”

The mining industry’s supercluster, CLEER, which was among nine finalists announced from a list that started with 50 proposals, did not receive funding.