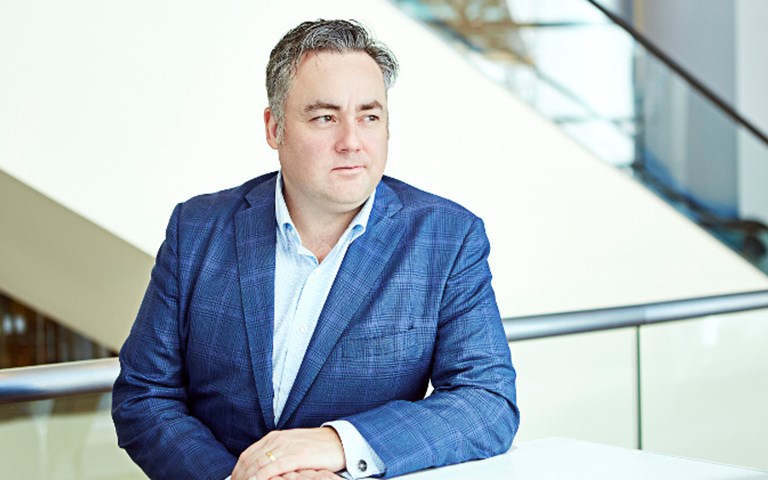 TMAC's new CEO Jason Neal has been with BMO for more than 20 years, and is currently the co-head and managing director of its global metals and mining group. Courtesy of TMAC Resources

Jason Neal, the co-head and managing director of BMO Capital Markets’ global metals and mining group, was named president and CEO of TMAC Resources on Tuesday.

Neal’s appointment will take effect on Feb. 15. He will also join the company’s board of directors.

He will lead the company’s development of its Madrid and Boston deposits at Hope Bay, and the pursuit of “appropriate strategic growth initiatives” in the future.

“I have been involved with the Hope Bay project since the late 1990s as an investment banker during the Miramar, Newmont and TMAC eras…and now look forward to dedicated focus as CEO,” Neal said in a news release.

Neal has been with BMO for more than 20 years, and advised mining companies around the world around financial and growth strategies. He was promoted to his current position at BMO Capital Markets in 2010.

“I have known and worked closely with Jason over the past 15 years and have great respect for his team building, management and analytical skills,” said Terry MacGibbon, TMAC’s executive chairman, in a release, “and am most excited about Jason bringing his energy, strategic thinking and discipline to TMAC as we continue to grow the company.”

The move follows a late 2017 shake-up in TMAC’s executive ranks. In mid-November TMAC announced CEO, director and co-founder Catharine Farrow, who had been with the company since 2012, was retiring as of Dec. 31. At the time, MacGibbon said he would assume her responsibilities and help with the transition.

On Dec. 30, the company reported that Gordon Morrison, its president and chief technology officer, would also retire on Dec. 31, and would become a part-time executive advisor on Jan. 1.

Since it reached commercial production in June 2017, TMAC’s flagship Hope Bay mine has struggled with lower-than-expected production. The company initially projected processing 325,000 tonnes of ore for 2017. In its 2017 fourth-quarter operations update on Tuesday, it reported it had put 208,900 tonnes through the mill with an average gold recovery rate for the year of 67 per cent. The operation had a marked improvement in the final quarter of 2017, producing nearly 40 per cent of the year’s gold over the last three months.