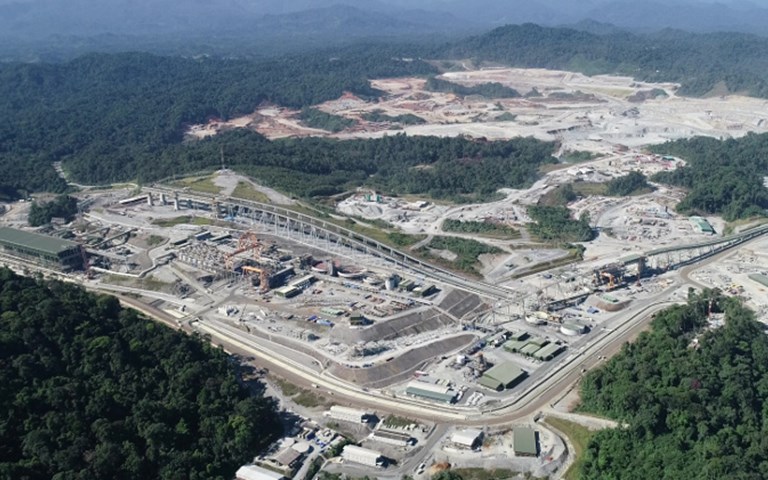 According to the First Quantum’s third quarter results, power stations at the site have been constructed and have reached capacity or key milestones. Additionally, the mine site and processing plant are 74 per cent complete and the company has commenced conveyor belt pulling and training of operations personnel.

Despite the progress in the construction of the project, Cobre Panama’s fate is unclear. The project was thrown into question last month when Panama’s Supreme Court ruled that the law used to grant First Quantum its license for the project – Law 9 of 1997 – was unconstitutional.

According to the company, the Supreme Court ruling relates only to the enactment of Law 9, and therefore does not affect the legality of First Quantum’s mining concession contract, allowing the company to continue the mine’s construction and operation.

In a conference call, First Quantum president Clive Newall said that the company had submitted several requests for clarification to the Supreme Court, which have been accepted and will be ruled on before the original decision on Law 9 comes into effect. The company also said that following the original ruling in September, the Government of Panama stated its support for Cobre Panama and confirmed that the Ministry of Commerce and Industry considers the concession contract still in effect.

“As the matter is before the Supreme Court, we’ve very much limited our commentary and we really can’t comment further,” Newall said during the conference call. “What I can add is that the government of Panama, the Chamber of Commerce, industries of Panama, the Panamanian Mining Chamber as well as other in-country industry chambers have provided support. Given this, the company is confident in resolving Law 9 clarification in the near-to-medium term.”

First Quantum expects first ore at Cobre Panama in the first quarter of 2019.

In the third quarter, First Quantum reported net earnings of US$70 million and higher copper production, with increases at the company’s Kansanshi and Sentinel mines in Zambia, and its Guelb Morghrein mine in Mauritania when compared to the third quarter of 2017. Overall, First Quantum has increased its copper guidance for the year up to 595,000 tonnes, up from 590,000 from the second quarter. Cobre Panama is expected to add an additional 190,000 tonnes over the course of 2019.

The government of Zambia introduced changes to its mining tax regime that will likely have an effect on the company’s profits. The changes include a 1.5 per cent increase on all copper royalties, up from a range of four to six per cent, and the introduction of a 10 per cent rate when copper prices rise above US$7,500 per tonne. Royalties will also no longer be tax deductible.

First Quantum says it is still evaluating the effects the changes will have on its Zambian operations once the changes take effect in April 2019.