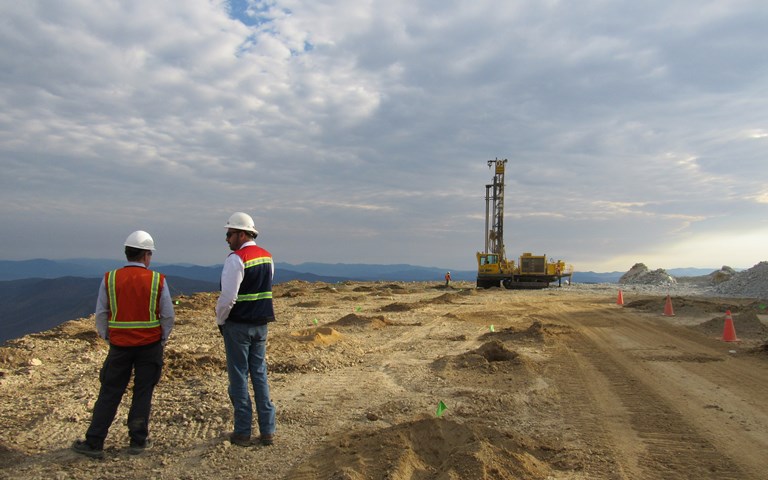 The months-long blockade at Torex's El Limon-Guajes mine ended in late January when government forces stepped in. Courtesy of Torex Gold

Torex Gold said the months-long worker blockade at its El Limon-Guajes gold mine in Mexico’s Guerrero state was removed by the state’s governor in late January. The Toronto-based company closed the mine in December after a group of workers began blockading the site in November, claiming that the union representing them is illegitimate. Torex re-opened the mine in January using a construction road, with 75 Mexican national police officers brought in to protect workers from what Torex CEO Fred Stanford called an “illegal” blockade.

With the strike ended, Torex said it has access to the main plant access gate and security, the company’s accommodation facilities and the El Limon pit.

The striking workers – who are currently represented by Mexico’s largest union, Confederacion de Trabajadores de Mexico (CTM) – have said they are underpaid and that Torex has not followed through on promises to improve conditions at the nearby village of Atzcala, nor has the company compensated the village for water it is using at its mine. They protested to join Los Mineros, a more independent Mexican union with close ties to Canadian labour groups that represents workers at mines owned by Goldcorp, First Majestic and Leagold.

In response to the workers’ allegations, Gabriela Sanchez, Torex’s vice-president of investor relations, told CIM Magazine that the company pays “above the average within the mining industry in Mexico.” She said Torex rents land under contracts with the owners for water extraction, and has done work to pave roads and build houses in communities nearby. “We listen to our communities and consider their requests for further assistance,” she said in an email. “Unfortunately, we are not always able to provide the additional services and infrastructure they request,” and in those situations work with federal and state governments.

As is common practice in Mexico, Torex selected its union, the CTM, before commencing operations, forming what is commonly referred to as an “employer protection contract.” While legally recognized, so-called “protection unions” are regarded by labour advocates as pre-emptive union agreements that prevent workers from organizing on their own and fail to provide the benefits of union membership. Maria Xelhuantzi Lopez, a labour expert at Mexico’s National Autonomous University, told Al Jazeera in September that about 90 per cent of the country’s unions are protection unions. According to the OECD, Mexican workers have the lowest average wage of its 35 member countries. Some labour experts have pointed to protection unions as the major problem.

The CTM, which is the biggest alliance of unions and is especially powerful in Mexico’s auto industry, is often criticized for taking the side of companies rather than employees, and not fighting for higher wages.

Three men have been killed since the blockade began. According to a report in the Globe and Mail, brothers Victor and Mauricio Sahuanitla Peña were killed in November after gunmen opened fire on the blockade, then chased the protesters into the surrounding scrubland, where the two were beaten to death. Quintin Salgado, who, according to Los Mineros, was a supporter of the strike, was killed in late January.

A recent press release from Los Mineros draws a clear line between November killings and the CTM. “We demand just punishment for the CTM assassins of the brothers Víctor and Mauricio Sahuanitla Peña, who worked for this company, and were executed gangster-style on November 18 in the presence of their fellow workers and their own family,” reads the recent release, which was forwarded to CIM Magazine by the USW.

The attorney general's office of Mexico’s Guerrero state had a different interpretation of what happened. It suggested the men were killed in a dispute between community police groups in charge of protecting residents from drug cartels in the area, which is both violent and impoverished.

Canadian unions Unifor and the United Steelworkers (USW) have been vocal critics of Torex, which they say is a bad actor taking advantage of lax labor laws in Mexico. The unions’ outspokenness come as Canada renegotiates the North American Free Trade Agreement (NAFTA), which they say is woefully lacking when it comes to protecting Mexican labor.

Both unions want to see an end to employee protection contracts. Such deals are an obstacle to legitimate union activity, explained Mark Rowlinson, a USW spokesperson. The Steelworkers are in a “strategic” alliance with Los Mineros, and members have rallied at Torex’s headquarters and a mining conference to raise awareness about the story. Union representatives have also had several phone conversations with government officials aimed at “getting them to act.”

According to Stanford, Canadian unions have a clear political agenda and are playing fast and loose with the facts in order to strengthen their hand as they negotiate NAFTA. “The variance from the truth and the union messaging has been quite exquisite,” said Stanford.

Stanford said that Torex is open to changing unions and that workers were poised to vote for themselves until Los Mineros decided to delay the vote last month. According to Stanford, workers voted to go back to work by a huge margin in mid-December.

Stanford also disputes allegations that the CTM is illegitimate, saying that it is the largest union in the country and that it gathered 50 per cent of workers signatures after Torex selected it. When asked about the unrest, Stanford suggested another factor at play: landowners. He said that some have become frustrated with the current benefit agreements and are stoking discontent in communities. “We’re hearing a lot of noise that they want to rip up the agreement,” he said. Torex said it has signed long-term lease agreements with two Ejidos – groups of approximately 100 landowners – that stipulate a payment of 2.5 ounces of gold per hectare per year to the Ejidos.

"I don't suspect this is much about the workers. I suspect [the Ejidos are] trying to renege on their land lease agreement. They’re using this as a tool to try to do that."