Me Too Mining draws attention to harassment and sexual violence in mining
By Kelsey Rolfe
March 27, 2018 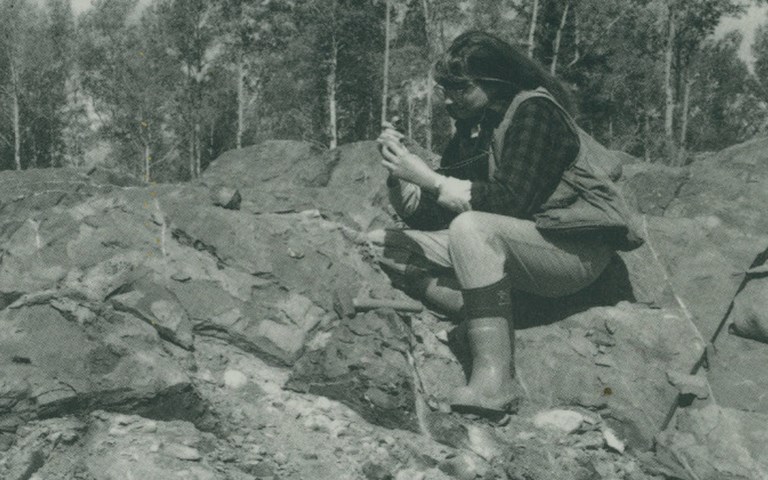 Susan Lomas had her first experience with sexual harassment at her first job out of university, working as an underground geologist at a Timmins, Ontario mine in 1988. Her job put her in charge of a group of samplers, and it was a hostile relationship.

They printed out pornographic pictures and wallpapered them “right over my work area,” Lomas said. “It was so over the top. So I took them down carefully, not wanting that to be a part of the issue.” They put the pictures back up, she took them back down. And then one came storming into the geology office.

“He was so angry. Saying they were gonna break all my fingers and put my hand in the rock crusher,” she said. “That was the machine that ran right next to my work area. I could hear that thing going every day.” She reported it to the chief geologist, who talked to the samplers. But “there was nothing formal done…they weren’t reassigned. I still had to continue working with them for a good six to eight months after that incident.”

Lomas’s own experiences with sexism and sexual harassment over a 30-year career in the mining industry, along with seeing news reports in the last year of women who chose to leave the sector after finding it too hostile a work environment, prompted her to start Me Too Mining in February.

Lomas, now an independent geological consultant, said the goal of the organization, which she is setting up as a non-profit charity, is to advocate for a culture change to make the industry more welcoming to women. She also wants Me Too Mining, which builds on the #MeToo movement that took off on Twitter last year as a way to draw attention to sexual harassment in the entertainment industry, to start a conversation in this industry.

Women of her generation, she said, “went into mining, adapted to the culture that was there and just tried to keep moving forward. But I think the mining industry now needs to realize that it’s not women that have to adapt to the culture. The culture has to adapt.”

Multiple incidents of sexual harassment in the industry made the news last year. The RCMP charged a man with voyeurism in November in connection with a camera that was found in the women’s washroom at Dominion Diamond’s Ekati diamond mine. A month earlier, a man was fired from the historic Tundra mine, where remediation work is ongoing, after allegedly stealing personal items, including underwear, from the women’s dormitories.

Former Cameco employee Kari Lentowicz told the Saskatoon Star-Phoenix in September that she quit working at Cigar Lake after a decade, due to sexist comments and a “boys’ club” that made advancing difficult for female employees.

Related: Materials engineer Marilyn Spink doesn't like the lack of diversity in mining and she is set on change

Lomas said she also wants to see more training around harassment and sexual harassment in the workplace, and clearer reporting options for women. “I’ve worked for companies that had a great harassment policy, apparently. But we never heard about it,” she said. “We were never educated on it, or given the definitions of these behaviours.”

Lomas hopes Me Too Mining can come up with an “ideal policy for companies to adopt,” that would involve clarity about what the process for reporting harassment is, who is involved, and contingency plans for if they are reporting their direct supervisor, or a company officer or board director.

Some mining companies have elected to create in-house or use third-party whistleblower lines for reporting harassment, as well as other concerns like unsafe work environments. Royston Colbourne, vice-president of Xpera Risk Solutions, which sets up a third-party “confidence line” for companies and has clients in the mining and oil and gas industries, said the appeal is allowing someone to report inappropriate behavior while remaining anonymous, without fear of retaliation for speaking out.

Colbourne said complaints submitted to the confidence line are passed on to a person designated by the company, like an HR manager, to look into, with anonymous identifications attached, allowing the complainants to remain anonymous as long as they choose while providing further information. “What the employer seeks to do is build up enough confidence in the individual” to get them to discuss the issue in person. “Many people do break the cover of anonymity, and the company gets the opportunity to address the issue,” he said.

While mining isn’t as high-profile an industry as Hollywood and media, Lomas said she thinks the sector is ready for its #MeToo moment. “I think if there is a time, it is now,” she said. But she also pointed out that with women making up less than 20 per cent of the Canadian mining industry speaking out remains difficult. “There’s still a lot of fear about telling those stories. I know I was really uncomfortable at first. It’s a very hard thing to do.”

But she said outing specific harassers is not the goal. “We want to attack what the policies are,” she said. “That’s where we can have an impact.”