Lack of major copper discoveries mean supply will likely fall short of demand in next decade
By Sahar Fatima
August 24, 2018 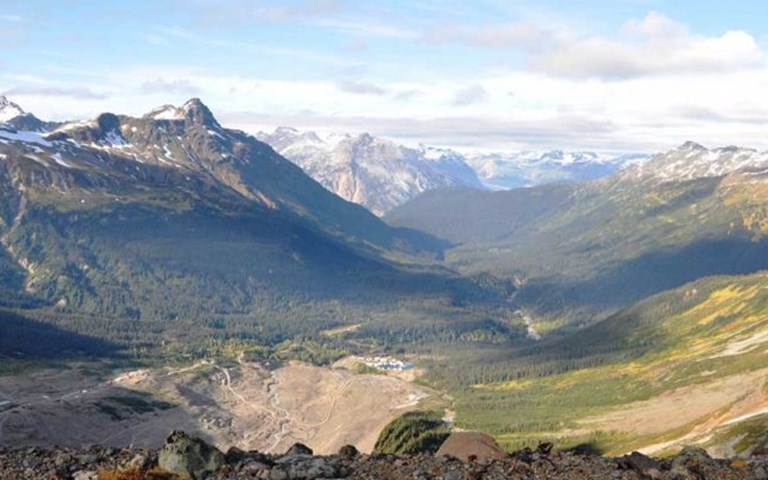 Despite current operations’ ability to feed copper demand in the near term, the dearth of large-scale copper discoveries over the last decade means there will not be enough new deposits coming into production to keep the market balanced, an S&P Global Market Intelligence report says.

“Large deposit discovery rates just haven’t turned around. There haven’t been any increases in the last five years, really,” the report’s author, Kevin Murphy, a senior analyst at S&P Global Market Intelligence’s Metals and Mining Research, said in an interview.

Companies are spending more on finding new copper reserves than they have historically. In the last 10 years, global spending on copper exploration was US$26.6 billion, which is more than double the US$12.4 billion spent in the preceding 18 years, according to the report, which was released this summer. But only about 140 million tonnes of copper was defined in 29 discoveries over the last decade, compared with 862.8 million tonnes in 191 discoveries in the preceding period.

(There may have been other, smaller-scale discoveries, Murphy said, but they were not significant enough to have an impact on the market. The report’s dataset includes all deposits containing over 500,000 tonnes in reserves, resources and past production, with rare exceptions.)

Almost two-thirds of the copper discovered in the last decade is contained in the four largest deposits, the report says. The biggest is the Pampa Escondida deposit in Chile, co-owned by BHP, Rio Tinto and a Japanese industrial consortium, followed by Ivanhoe Mines' Kamoa-Kakula discovery in the Democratic Republic of the Congo.

But other than those few major discoveries, there has not been much, said Mark Ferguson, the associate director for metals and mining at S&P Global Market Intelligence. He said the concern is that there are “not enough new large deposit discoveries to feed the pipeline 10 years out.”

London-based CRU Group predicts “small to large [copper] deficits between 2019 and the early 2020s, and at the World Copper Conference in Santiago in April, Rio Tinto’s CEO of copper and diamonds, Arnaud Soirat, said the company expects a supply deficit in the 2020s.

Copper is in the limelight this year with Newmont Mining’s purchase of a 50 per cent stake in the Galore Creek copper-gold-silver project in B.C., Lundin Mining’s repeated offers to acquire Nevsun Resources to get access to its Timok copper-gold project in Serbia, and Rio Tinto’s reported interest in acquiring a prime copper asset.

Kevin Fox, the managing director of Rio Tinto Ventures, which looks for smaller mining projects to acquire, told a mining conference in May that the company was looking at projects in the “battery minerals sector,” including copper, but that it was difficult to find good assets, according to a Reuters report.

The company is reportedly attempting to reduce its exposure to iron ore, and increase its access to copper because it is expected to play a large role in electric vehicles and renewable energy in the future.

“When economies are doing well, the demand for copper usually follows that,” said Ferguson. “Aside from recent volatility and certain emerging concerns over trade wars and such, the global picture in the macro environment has been pretty strong, so we would therefore expect demand for copper to be reasonably strong as well.”

CRU predicts 15 per cent of copper demand growth between 2016 and 2021 to come from the automotive sector, due to its use in electric vehicle batteries.

“Pure battery electric vehicles that consume around 80 kilograms of copper per vehicle, compared to 30-55 kg in hybrid models, now account for upwards of 50 per cent of the total (electric vehicles) compared to less than 30 per cent previously,” CRU principal analyst Robert Edwards wrote in a report from February. “In addition, the infrastructure piece should not be forgotten as it could add 30-50 per cent to copper demand over and above that just in the vehicles themselves.”

That includes charging stations, as well as the associated growth in renewable energy.

“Many market analysts look at copper as a metal that will continue to be in strong demand for lots of purposes, with growing middle-class populations in Asia, and the need for copper in everything from housing to manufactured products to electric vehicles,” said Newmont spokesperson Omar Jabara.

He said the company’s recent decision to buy NovaGold Resources’ stake in Galore Creek and become Teck Resources’ new partner in the project reflects its belief that the deposit has the ability to generate a lot of value due to its “potential multi-decade production profile, low cost and manageable risk. And it has a sizeable gold resource there in addition to the copper.”

Though Newmont remains primarily a gold producer, it also has assets that are copper-gold porphyries in Australia and Nevada, and previously Indonesia. “This isn’t anything outside of our comfort zone,” Jabara said.

Despite the demand, copper prices remain low, entering the bear market in August and hitting prices as low as US$5,773 per tonne.

“There’s certainly been a lot of volatility in many of the base metal prices over recent months,” said Ferguson. “There’s been a lot of fear derived from trade wars, tariff wars, plus the U.S. dollar has done fairly well.

“(But) we’ve been sort of forecasting more of a stable price through the rest of this year and we don’t expect that to change,” he added. “It’s certainly at the low end of where we expect it to be but there’s so much volatility in the marketplace and sometimes news of the day can really start to change the price.”

Still, that should not have a huge impact on the supply of copper, Murphy said. “Even if the price should plunge off the cliff it would take quite a while for a lot of the miners to respond with serious cutbacks.”

Murphy said he predicts larger companies making offers on copper projects that are already well-advanced, such as those owned by junior miners, rather than starting a new project from an earlier stage and progressing it through the administrative chain of permits, studies, and construction. This is in line with some of the copper investments making the news this year, including Newmont’s deal.

“It can take 20 years to go from when something is discovered to going to production,” Murphy said.

“This timeline implies that the reduced discovery rates of the past decade will limit the pool of projects that could come online in 15 to 20 years,” he wrote in the report. “Unless discovery rates begin an upswing in the near future, there could be a lack of quality assets available for development in the longer term.”