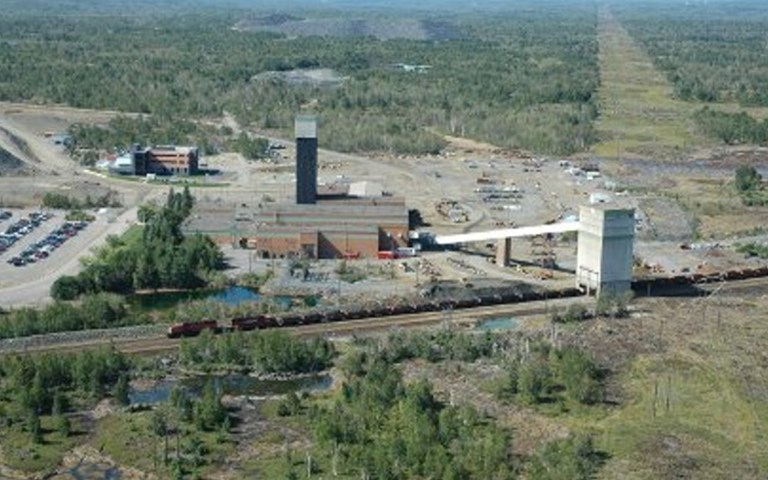 As part of its plan to transition the deep zone fleet of its Creighton mine, pictured, Vale will bring 11 new electric vehicles into operation next year. Courtesy of Vale

Vale Base Metals is transitioning its Creighton deep zone to an electric vehicle fleet, and designing its future greenfield operations to be all-electric.

As vehicles in Creighton’s deep zone fleet reach the end of their life they will be replaced with electric vehicles, beginning this year with an explosives loader and three personnel carriers. Next year 11 new pieces of electric equipment will be brought into operation deep underground, Samantha Espley, the general manager of the mining and mineral processing technical excellence centre at Vale Base Metals, told CIM Magazine.

“This trend will continue as we replace old diesel equipment with a new battery-electric fleet,” she said.

In addition, its Copper Cliff Phase 2 project, adjacent to the Copper Cliff mine, and its ultra-deep Victor deposit, next to Glencore’s Nickel Rim Deep, are currently being designed as fully electric mines.

At a depth of 2.5 kilometres, Creighton is Vale’s deepest operation. Moving to an electric fleet will help reduce the heat and diesel contaminants at depth, and reduce the mine’s ventilation needs, said Cheryl Allen, the principal engineer for ventilation at Vale, who has been involved in decisions about which mines would benefit from battery equipment.

Vehicles in operation in the upper areas of the mine will remain diesel, and diesel equipment purchased more recently for deep zone work will also continue to be used. The mine already has some trolley-trucks, which are connected to, and draw their power from, an overhead electrical bar, similar to a streetcar.

Espley said Vale is planning to use battery-powered and tethered vehicles at Creighton, and is looking at redesigning the mine to accommodate things like charging stations and cranes to switch out the batteries, and make better use of the electric vehicles. “We’ve had to adjust our infrastructure design more so than our mine design,” she said.

Related: The move to battery-powered underground mining fleets is gathering speed, and opening up a new realm of possibility for miners

Allen said the company is still trying to determine the best charging strategy for large equipment like load-haul-dumps and haul trucks. “Part of the work we’re doing to test and introduce a variety of equipment types is to get comfortable with the technology and how we can manage it,” she said. “We’re moving forward in a strategic way, so that we’re set up for successful implementation in future mines.”

She added that as the company goes forward to introduce electric vehicles into other mines, it may need to use a combination of charging methods and equipment suppliers. “Each mine is unique and may require something different. If it’s a new section of the mine maybe we’ll do something different. We have the opportunity to take lessons learned to make the next stage of decisions.”

The transition at Creighton, and wider adoption of electric vehicles, will necessarily take time, Allen said, because there are only so many companies that manufacture them. They have also only been making the vehicle sizes mining companies have requested, so smaller or larger equipment pieces may not yet exist.

With increasing demand for battery-powered equipment from miners, there can be long wait times for equipment – any type of vehicle, including diesel, takes a long time to build. “Now that we’re going to battery equipment, you have to get in queue for making a commitment,” Allen said. “There may be pieces of equipment being built today that other [companies] have spoken for. We can’t expect manufacturers to build these and just have them sit there, hoping someone will buy them.”

Last October Vale began trialing two battery-powered LHDs at its Coleman mine in the lowest ore body. The six-month trial was put on hold when the mine unexpectedly shut down in November so the company could make repairs to the mineshaft, but Espley said it has resumed now that miners are back to work.

The focus on battery-electric equipment is part of Vale’s “underground innovation roadmap,” Espley said. The first step is adding fibreoptic cable, wireless communications and data-collection systems for mobile equipment at all its mines. “We have a communications backbone in most of our mines, but it’s definitely on our path to do, to catch up all the mines,” Espley said.

After that, the company wants to add collision avoidance, and tagging and tracking systems that are tied to a ventilation control system that sends air to where it is needed. It is also implementing a short interval control pilot at its Totten mine, and will be building a control centre to manage its Sudbury-area mines, surface plants and smelters.