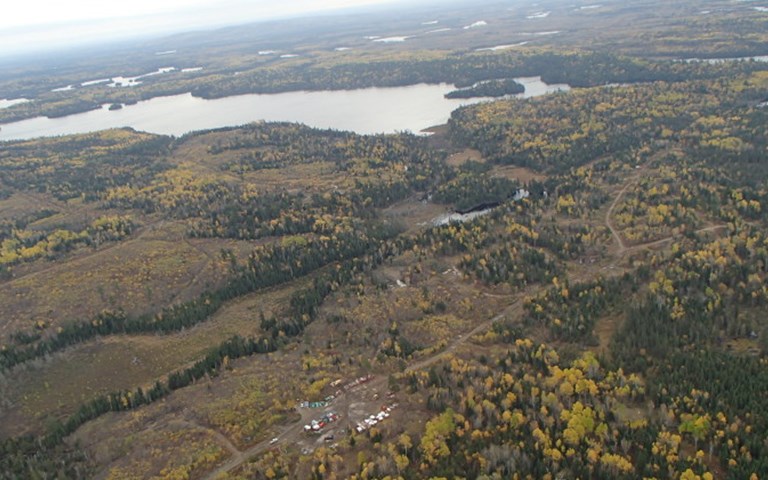 An aerial view of Goldcorp's Borden project near Chapleau, Ontario. Courtesy of Goldcorp

The new company, called Newmont Goldcorp, will have mining operations in North and South America, Australia and Ghana.

“This combination will create the world’s leading gold business with the best assets, people, prospects and value-creation opportunities,” said Newmont CEO Gary Goldberg in a statement. “We constantly review opportunities to raise our performance, and this combination represents the most promising path to deliver superior and sustainable value.”

Goldcorp president and CEO David Garofalo said the deal will create a company with assets in “the world’s most favorable and prospective mining jurisdictions and gold districts.”

The company will aim to divest between US$1 billion and US$1.5 billion in assets in the next two years, and target annual gold production of six to seven million ounces.

Christine Marks, Goldcorp's director of communications, told CIM Magazine in an email that the deal was an "extremely unique opportunity that we seized on when it presented itself." She said it was too early to speculate on what properties might be divested, or if the company expects to see any job cuts in its head office.

Goldberg will stay on as CEO of the new company until he retires at the end of 2019, when Newmont president and COO Tom Palmer will take on the top job. Newmont board chair Noreen Doyle will take the same role at Newmont Goldcorp, and Goldcorp board chair Ian Telfer will be named deputy chair.

Each Goldcorp share will be purchased for 0.3280 of a Newmont share, which Goldcorp said is a 17 per cent premium based on both companies’ 20-day volume weighted average share prices.

The deal is expected to close in the second quarter of this year.

Newmont Goldcorp is the latest in a string of mining company mergers that have created industry behemoths. Barrick and Randgold announced a US$5.4-billion merger in September that created what at the time was the industry’s largest gold miner. Pan American Silver acquired Tahoe Resources for US$1.067-billion to make the largest silver miner by free float capitalization.

With files from Kaaria Quash