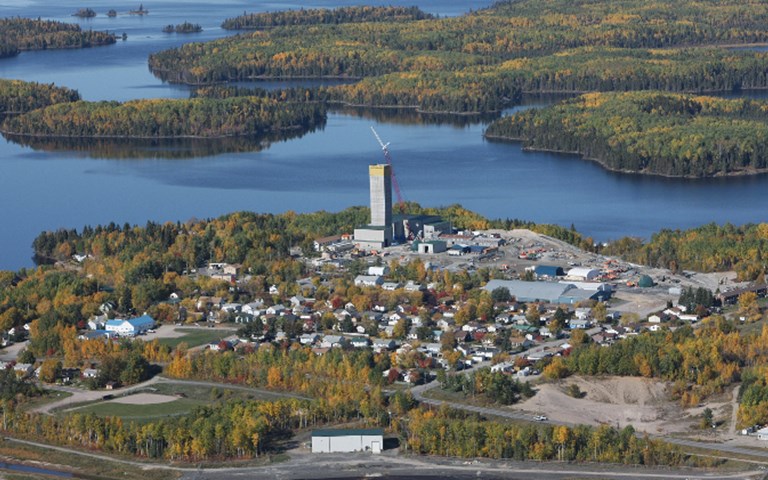 The program was developed with data from Goldcorp's Red Lake mine, pictured, where IBM Watson has been in use for almost two years. Courtesy of Goldcorp

Goldcorp and IBM Canada have partnered up to create an artificial intelligence product that they say will improve predictability for gold mineralization.

"Timelines are short in mining and exploration. I am excited to see the improvements we can make with the data platform and gold mineralization predictions," Maura Kolb, Goldcorp's exploration manager at Red Lake, said in a statement.

The program was developed with data from Goldcorp's Red Lake mine, where IBM Watson has been in use for almost two years.

IBM Canada and Goldcorp announced at PDAC 2017 that Watson would analyze 80 years’ worth of data at Red Lake to help geologists determine areas worthy of further exploration work. Earlier this year, Goldcorp told CIM Magazine that processing data had become 97 per cent more efficient with the use of the Watson cognitive technology.

Related: MACHINE LEARNING PROJECTS ARE CATCHING ON THROUGHOUT THE MINING INDUSTRY. HERE’S WHAT COMPANIES ARE WORKING ON

IBM Exploration with Watson has reviewed Red Lake geologists’ drill targets and suggested targets based on its own data analysis. Its targets are currently being drilled and the first one has yielded “the predicted mineralization at the expected depth,” Goldcorp said.

"These tools can help us view data in totally new ways. We have already begun to test the Watson targets from the predictive model through drilling, and results have been impressive so far," said Kolb.

Goldcorp said it plans to use the technology on other projects in 2019.