Canada and U.S. enter collaboration on critical mineralsJoint Action Plan to increase bilateral cooperation and Canadian competitiveness in minerals such as uranium and rare earth elements

Joint Action Plan to increase bilateral cooperation and Canadian competitiveness in minerals such as uranium and rare earth elements
By Tijana Mitrovic
January 17, 2020 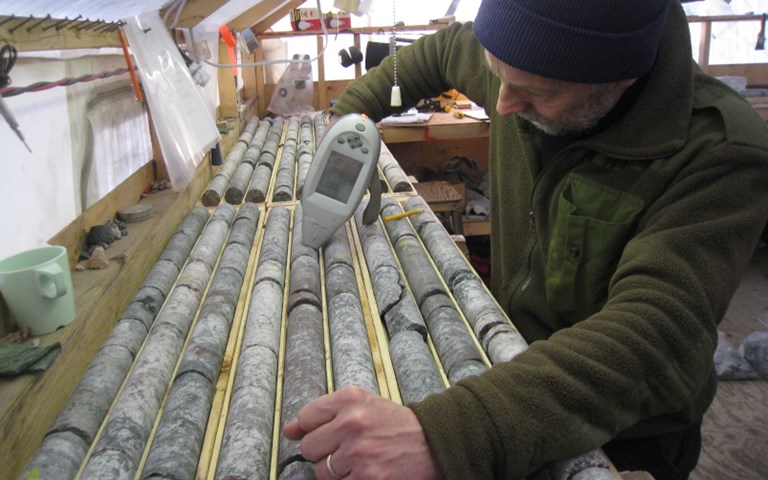 On Jan. 9, the Canadian and U.S. governments announced the finalization of the Joint Action Plan on Critical Minerals Collaboration, an agreement between the two countries to increase production and establish supply chains for numerous “critical minerals” for which the U.S. is dependent on imports. In a period of uncertainty for the global critical minerals market, the Canadian government says that it hopes to strengthen the competitiveness of Canada’s minerals and metals sector.

At the moment, China dominates the global critical minerals market. It is the world’s largest producer of REEs, represents over 70 per cent of global annual production and is practically the sole producer of heavy REEs such as terbium and dysprosium. As a result of China’s virtual monopoly, many countries, including the U.S. and Canada, hope to decrease their dependence by finding new sources of critical minerals and REEs.

In June 2019, the U.S. Department of Commerce issued a document outlining critical minerals on which the U.S. is dependent on imports. The Joint Action Plan includes 35 of these minerals. A few months later in December, Canada joined the U.S. Department of State-led Energy Resource Governance Initiative, aimed at promoting critical mineral supply chains in developing countries.

Canada has some of the most significant global reserves of REEs, which NRCan estimated to be at “more than 15 million tonnes of rare earth oxides,” including heavy REEs. In spite of this, Canada is not currently a global producer, though hopes are that the Joint Action Plan will prompt new projects and investment.

Major components of the plan include industry engagement, supply chains for strategic industries, research and development, information sharing and international cooperation and multilateral work. “We’re talking not just about the competitiveness of our exploration and mining sector,” Hilary Morgan, director of the task force, explained in an interview with CIM Magazine, “But about using our natural resources to build downstream value, to build the capacity to refine and process mineral and metal input and to connect with the needs of various strategic sectors such as aerospace industry, defense and consumer electronics.”

Currently, the plan is not available to the public as it is a “working document” between the U.S. and Canada, which Morgan said will evolve over time.

Mining industry members have applauded the plan. Following a press release announcing the location of a new rare earths recycling demonstration plant in Saint-Bruno-de-Montarville, Quebec, Geomega Resources president and CEO Kiril Mugerman said in an interview with CIM Magazine, "The joint action plan certainly can be the spark that the rare earths industry in Canada needed. First initiatives five years ago focused only on mining and that was Canada alone. Now, in partnership with the U.S. and a much wider view at the sector, I think the government understands that our best advantage can be our low cost and clean energy, combined with our innovation sector, which could translate into developing refining and recycling of rare earths in Canada."

In a separate press release, battery minerals company Far Resources’ president and CEO Toby Mayo said that, “We have been predicting for some time that minerals including those used in batteries and related technologies would soon be the focus of a larger North American strategy. In particular to lessen the reliance on China.”

“We see a big opportunity for Canada with the increasing global demand for critical minerals and understand there is a push to build stronger global supply chains for critical minerals,” Morgan explained. “The objective is … to leverage the mineral and metal resource wealth that we have here in this country.”

“The rare earths issue is one of opportunity for the potential reserves that we have, and how we can actually leverage these to meet global demand,” Morgan stated.