Canada launches hydrogen power strategyThe government of Canada will commit $1.5 billion towards fostering a future hydrogen economy for the country

The government of Canada will commit $1.5 billion towards fostering a future hydrogen economy for the country
By Matthew Parizot
December 16, 2020 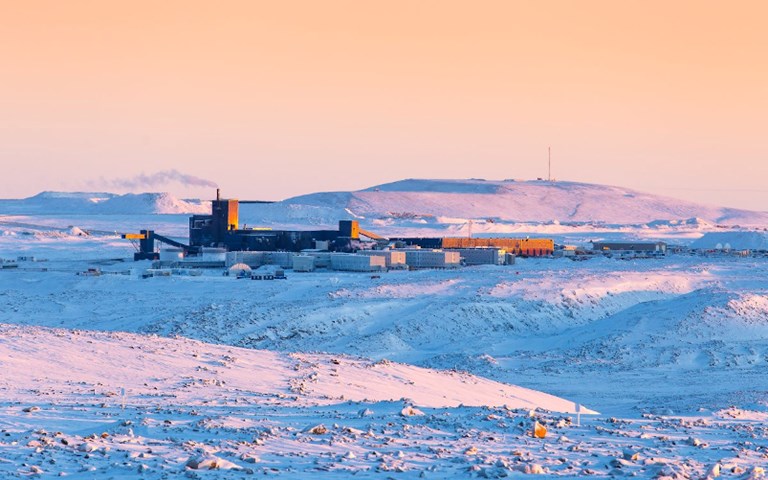 Hydrogen fuel has been trialled by Canadian miners for some time, such as at Glencore's Raglan nickel mine in Northern Quebec. Courtesy of Glencore.

Canada will be investing in hydrogen fuel as a critical step in the path towards reaching net-zero carbon emissions by 2050, Minister of Natural Resources Seamus O’Regan announced on Dec. 16.

The government has launched the Hydrogen Strategy for Canada, a framework that establishes a rollout plan for the development and promotion of hydrogen capture and fuel technology, backed by an investment of $1.5 billion. According to the announcement, the use of low-carbon and zero emission hydrogen has the potential to reduce annual greenhouse gas (GHG) emissions by up to 45 million metric tonnes by 2030 and create up to 350,000 new jobs by 2050.

“As an increasing number of countries strive for net-zero emissions by 2050, they are looking to hydrogen for their clean energy needs,” Minister of Environment and Climate Change Jonathan Wilkinson said. “Canada is well positioned to be among the global leaders in hydrogen production, which will help to create thousands of jobs, grow our economy, cut pollution and put Canada on a path to exceeding our 2030 Paris Agreement target.”

Hydrogen molecules do not exist on their own in nature, but instead must be produced from feedstocks using energy inputs. As such, the Strategy outlines four “production pathways” for hydrogen creation that can be explored. These pathways include steam methane reformation without carbon capture and sequestration (CCS) from natural gas and gasified coal; steam methane reformation with CCS; production from water with electrolysis using renewable energy and production from water by electrolysis or high temperatures from nuclear energy. Each method has its own pros and cons, and the Strategy will pursue each pathway simultaneously, as well as other, more difficult to implement methods such as biomass gasification from organic resources.

Two substantial hydrogen resources come in the form of crude oil and bitumen from Alberta and Saskatchewan, as well as coal from Alberta and British Columbia. By combining feedstocks from these operations with steam or oxygen at a high temperature, a synthetic gas mixture can be produced that can be further separated into carbon dioxide and hydrogen monohydride. This process can take place in a processing plant with the use of CCS, or using in-situ gasification technology currently being developed in Alberta and Saskatchewan to filter out the hydrogen while leaving the carbon dioxide stored underground.

According to the Strategy, Canada’s mining sector consumes two billion litres of diesel fuel every year. Additionally, mines in remote locations, such as the northern territories, are dependent on high-emission diesel power. The Strategy intends to help reduce the industry’s reliance on diesel power through the adoption of hydrogen-powered heavy vehicles and microgrid power systems, which comes with the benefits of lowering exhaust emissions underground – therefore saving money on ventilation costs.

Mining companies have already been trialling hydrogen power at their operations for some time – for instance, hydrogen has been used at Glencore’s Raglan nickel mine in northern Quebec since 2015 – though the Strategy specifically points out that OEMs such as Komatsu and Caterpillar need to commit to developing commercially available hydrogen-powered equipment.

The first five years of the plan will be spent developing new hydrogen supply and distribution infrastructure and supporting early market applications for hydrogen. The next five years will be focused on the growth and diversification of the hydrogen sector, with greater use of fuel cell electric vehicles and trucks and blending of hydrogen and natural gas for use in industry. In the long-term 2030 to 2050 timeframe of the Strategy, Canada will benefit from a hydrogen economy, with new commercial applications supported by higher supply, and greater distribution infrastructure.

There are, however, challenges that will need to be solved, such as improving the cost-competitiveness of hydrogen power versus traditional fuel options, creation of comprehensive and long-term policy frameworks and the creation of codes and standards. Proceeding through the Strategy will involve ongoing engagement with public, private, academia and Indigenous partners.

“Hydrogen’s moment has come,” O’Regan said. “The economic and environmental opportunities for our workers and communities are real. There is global momentum, and Canada is harnessing it.”