Champion Iron will purchase the Labrador iron ore project near its Bloom Lake mine for $15 million in cash
By Tijana Mitrovic
November 18, 2020 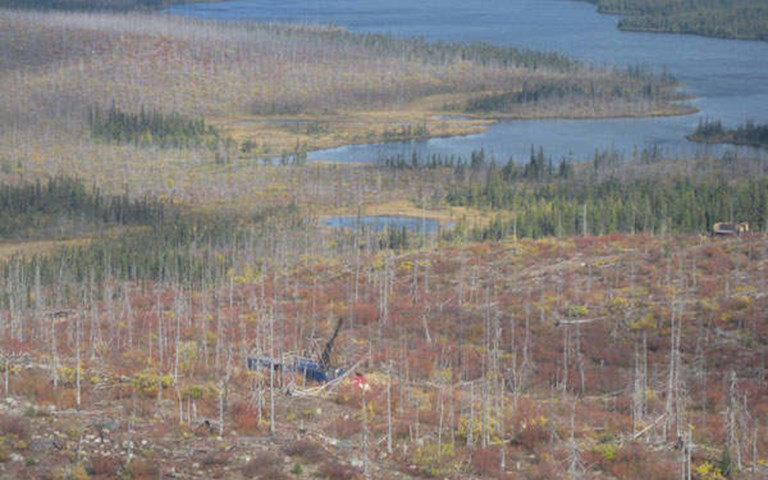 Alderon Mining, the Kami project's original owner, defaulted in April 2020 after being unable to pay a $14 million loan. Courtesy of Alderon Mining.

On Nov. 16 Champion Iron announced that the Supreme Court of Newfoundland and Labrador approved the company’s proposed acquisition of the Kamistiatusset iron ore project, known as the Kami project, from Alderon Iron Ore. Champion Iron will pay $15 million in cash for the project located near the Quebec border in southwestern Labrador and a few kilometres away from the company’s operating Bloom Lake mine.

As part of the deal, Champion Iron has the option to issue 4.2 million shares to Sprott and Altius Resources in exchange for purchasing and eliminating Alderon’s $19.4 million of debt. As a result, Champion Iron would also become a senior secured creditor of Alderon. The company will also pay Alderon a fixed amount of future iron ore concentrate produced by the project.

According to Champion Iron, the Kami project will strategically position the company for future opportunities for growth. “With our proven ability to transform opportunities into valuable assets for our shareholders, [this] acquisition would add to our portfolio a highly prospective project, which is near existing infrastructure,” Champion Iron CEO David Cataford said. “We look forward to evaluating the potential of this property and working with the local communities in our continued effort to positively contribute to this region.”

The company expects to revise the scope of the project and conduct a new feasibility study in the near term and will try to secure an additional eight million tonnes per year of port capacity at Sept-Îles, where it currently exports iron ore concentrate from Bloom Lake.

Related: Champion Iron’s expansion at the mine would increase overall capacity from 7.5 Mtpa to 15 Mtpa

The project’s previous owner, Alderon Iron Ore, acquired the project from Altius Minerals in December 2010. After cancelling the project following low iron ore prices in 2014 and 2015, in 2017 the company predicted that the project would create $2.2 billion in direct and indirect employment income and $2.3 billion in taxes for the province. In April 2020, after the COVID-19 pandemic caused commodity prices to decline, Sprott Resource Lending seized the project after the company defaulted on a US$14 million loan.

Champion Iron acquired Bloom Lake under similar conditions due to low iron prices. According to a June 2019 feasibility study, the mine had a net present value of $2.384 billion at a discount rate of eight per cent after tax, though the Champion Iron subsidiary Quebec Iron Ore only paid $9.75 million when it purchased the mine in December 2015.

According to a 2018 feasibility study, the Kami project has an estimated net present value of $866 million with a cash flow discount rate of eight per cent post-tax, an internal rate of return of 18.2 per cent and a payback period of 4.9 years. The project has a proven and probable mineral reserve of 517.2 million tonnes grading 28.8 per cent Fe ore. The project is also expected to produce 7.84 million tonnes of 65.2 per cent Fe ore concentrate annually over its mine life of 23 years.

The company is currently waiting for the provincial Ministry of Industry, Energy and Technology to approve the acquisition and expects to complete it in the fourth quarter of 2020.