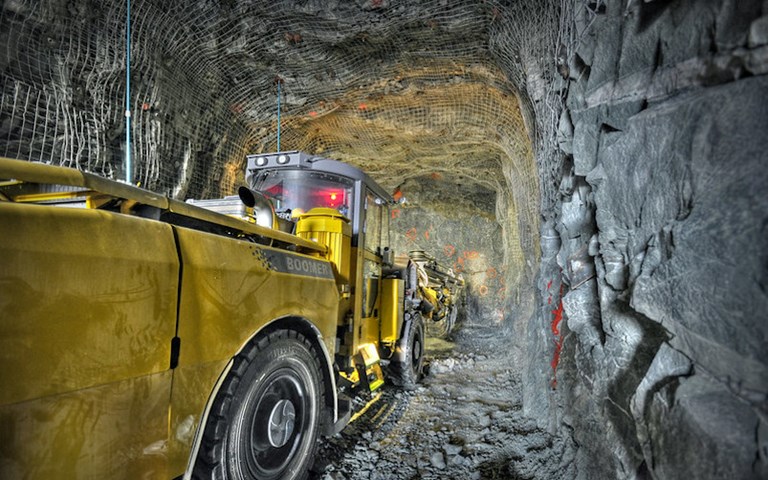 The decline will connect the Sigma mill down to the 405 metre level of the Triangle mine. Courtesy of Eldorado Gold.

On June 8, Eldorado Gold announced that it would be proceeding with the construction of a three-kilometre decline, or tunnel, at its Lamaque underground operation in Val-d’Or, Quebec.

The decline will travel from the company’s Sigma mill down to the 405-metre level of the Triangle mine, which is located 2.5 kilometres south of the historic Lamaque mine. According to the company, the decline project is expected to provide several benefits in both the short- and long-term. These benefits include eliminating surface re-handling and haulage of ore from Triangle (potentially reducing carbon emissions, lowering costs and reducing traffic), providing increased access for exploration in the area between the Triangle mine, Lamaque and the Sigma mine.

Related: Raise boring allowed Alamos Gold to sink a large-diameter production shaft at its Young-Davidson mine quicker, safer and cheaper than by conventional means

“We are pleased to begin construction of the decline at Lamaque this summer,” Eldorado president and CEO George Burns said. “This is a project we have been advancing for nearly a year and is another step towards further production growth and continued value creation at Lamaque.”

According to Eldorado, engineering and site preparations for construction will begin in June and surface construction on the portal will begin in the third quarter. Construction is expected to be completed in the first half of 2022 and will carry an estimated cost of US$24 million.

How the decline will impact the operation’s gold production has yet to be determined, though the company says that it will release “an update outlining a path forward for Lamaque” in the fourth quarter of 2020, and is considering the addition of an underground crushing and conveying system and a potential expansion of the Sigma mill.

Stay up to date with CIM

Lamaque’s 2020 production outlook is forecast between 125,000 to 135,000 ounces of gold, processing 615,000 tonnes of ore at a grade of seven grams per tonne. Fifty-thousand metres of exploration drilling at Lamaque is planned for 2020, 29,000 of which are reserved for drilling in the lower Triangle deposit.