Harte Gold will use financing from Appian Capital to restart its Ontario mine in July
By Tijana Mitrovic
July 02, 2020 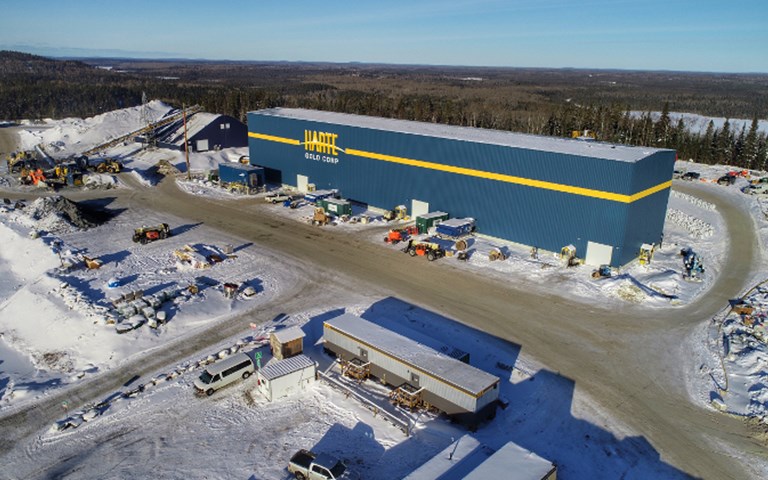 Operations at the Sugar Zone mine have been suspended since March 30. Courtesy of Harte Gold.

On July 1, Harte Gold announced it will receive up to US$30 million in financing from Appian Capital Advisory LLP to restart its Sugar Zone mine near White River, Ontario, this month.

Under an agreement to be approved by the Toronto Stock Exchange, Appian Capital will receive a private placement of 9.5 million Harte Gold shares at a value of US$1 per share. The financier will also provide the company with a one-time US$18.5 million credit facility and receive a net smelter royalty of 0.5 per cent of gold produced at the mine in exchange for US$2 million.

“Given the company’s current financial condition, the proposed transaction provides the best financing alternative available to the company, limiting up-front dilution, providing sufficient funding to cover cash flow and capital requirements on start-up and allowing for immediate capital to accelerate the restart of operations,” said Joseph Conway, chair of the board of Harte Gold.

On March 30, Harte Gold suspended all non-essential operations at the Sugar Zone mine to protect its workforce and the surrounding communities from the COVID-19 pandemic. According to the company, since the mine is its only source of operating income, the mine’s closure meant that the company was financially unable to restart mining operations on its own.