Looking back at the year in mining M&AExperts laud “cautious and conservative” M&A activity in 2019, driven by need for reserves and scale

Experts laud “cautious and conservative” M&A activity in 2019, driven by need for reserves and scale
By Kelsey Rolfe
February 21, 2020 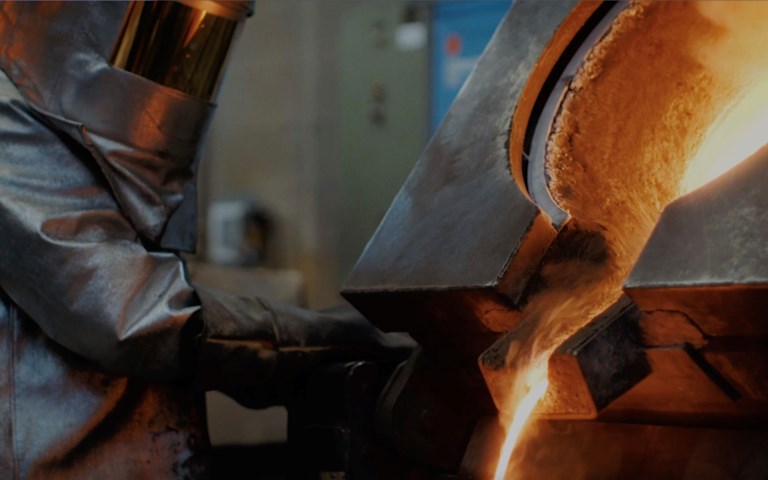 Despite an expected flurry of deals, mining mergers and acquisitions were slower than expected in 2019. Courtesy of Kirkland Lake Gold

Equinox Gold’s late-December friendly merger with Leagold Mining Corp. closed out a year of major mergers and acquisitions in mining that saw several assets change hands and miners in the gold space make plays for scale, access to new reserves and a shrinking pool of investors.

The year kicked off with Newmont’s blockbuster US$10-billion acquisition of Goldcorp Inc., following on the heels of Barrick Gold’s share-for-share merger with Randgold Resources in 2018, and had industry-watchers speculating a flurry of deals were yet to come. While the deal activity that emerged was ultimately more subdued than what was forecast, experts say 2019 showed gold producers have learned from ill-conceived transactions of the past.

“The type of M&A [we’ve seen] is cautious and conservative for the most part, not huge premiums, a lot of stock deals and a lot of thought and recognition of what shareholders said in the last cycle,” said Michael Amm, a partner at Torys LLP who co-leads the firm’s mining and metals group.

That stands in stark contrast to 2011, mining’s last M&A peak, when the price of gold climbed to $1,900 and several companies embarked on deals that ultimately left them with assets whose economics only made sense when the gold price was high, as well as large debt loads. “A lot of the acquirers had paid too much and had been too aggressive, there were high-debt write-offs and a lack of profitability,” said Amm.

According to an analysis from Amm and Torys’ other mining and metals group co-head Michael Pickersgill, deal activity in the first nine months of 2019 didn’t live up to the year’s hype. M&A transaction activity by value in that time period was down 40 per cent from the same period in 2018, and compared to 2011, 2019’s deal value was four times lower.

Another year-end analysis from Osler, Hoskin and Harcourt LLP found “for much of the year global M&A activity…was materially down compared to prior years and the anticipated mid-tier consolidation remained elusive, despite a pickup in gold activity late in the year.”

That pickup saw Kirkland Lake Gold scoop up Detour Gold for $4.9 billion; Newmont offload two of its mines to Australian producers – the Red Lake complex to Evolution Mining for US$375 million and its stake in the Kalgoorlie super pit to Northern Star for US$800 million; Chinese gold mining giant Zijin Mining gobble up Continental Gold for $1.33 billion; Teranga Gold buy Barrick’s 90 per cent stake in the Massawa project for up to US$430 million, and the Equinox-Leagold merger.

Related: Seven strategies to win the fight for financing

“As you look at the type of decisions being made on new project development, on joint ventures and acquisitions, I think they’re smart, shareholder value-creating types of deals that will pay off for all stakeholders over the medium and long term,” said Richard Young, chief executive officer of Teranga Gold. “There’s a lot of smart M&A, no-premium mergers, and then transactions like ours, which is just a no-brainer.”

The demand and favourable conditions for M&A transactions have been building for years – including rising gold prices, depleting reserves and a surplus of companies – but activity has been frustrated by companies’ and shareholders’ collective hangover from 2011’s deal-making spree.

“It seemed like the conditions were ripe for more M&A to occur,” said Omar Jabara, a corporate communications executive at Newmont, “…[but] there were a lot of companies still licking their wounds at that time because they had overextended.”

While companies have worked in the intervening years to wipe the debt off their balance sheets and put themselves in stronger positions, the mining investment landscape has changed, with a large number of companies chasing a dwindling number of investors and funds.

“If you were to go back and look at who was out there running a resource fund five or 10 years ago and look today, I would say probably 75 per cent of them are gone, or the funds have been re-characterized to be a different kind of fund,” said Kerry Smith, vice-president, senior mining analyst and director at Haywood Securities. “It might still have some modest exposure to gold, or mining in general, but it’s a lot less than it used to be.”

Smith attributes that decline to the growth of popularity in passively-managed exchange-traded funds (ETFs), which offer investors more investment choice and a cheaper alternative to mutual funds. According to a May 2019 survey of Canadian asset managers by Greenwich Associates, institutional investors are increasingly turning to ETFs for a variety of reasons, including as a core allocation, for international diversification or liquidity reasons, or as a risk-management strategy. Notably, 41 per cent of respondents said they were using ETFs to replace active mutual funds in their portfolios.

“Most investors now own ETFs and if they do actually own a stock, they only get one or two,” Smith said. “They’re not going to own some small-cap, they’re probably going to own a large-cap. So, people are thinking about scale.”

Barrick CEO Mark Bristow said as much when his company made an all-share hostile takeover bid for Newmont in February. In a conference call with investors at the time, Bristow said being large was important to gold producers’ success.

“The point is we really want to attract generalists back into the industry,” he said. “We want to be relevant.”

Smith noted there are few players in the mining space right now with the kind of market cap to attract generalist dollars, citing Newmont, Barrick, Agnico Eagle, Australia’s Newcrest Mining and Franco-Nevada. The companies that were larger in the last cycle, he added, are no longer relevant today. For that reason, Smith said he expects to continue to see deals in the mid-tier and small-cap space.

Aside from Pala Investments’ controversial acquisition of Cobalt 27 for $4 per share, Impala Platinum Holdings’ $1-billion takeover of North American Palladium in December and Newcrest taking a majority stake in Imperial Metals’ Red Chris copper-gold mine in March, the vast majority of deals have happened in the gold space. That’s largely due to “stagnant” base metal prices, coupled with the same conservatism that gold producers have shown, Amm said.

“You have the same caution and conservatism overlaid by low metal prices,” he said. “Until something is ready to move there, it’s unlikely that we’re going to see a whole lot more in the short term.”